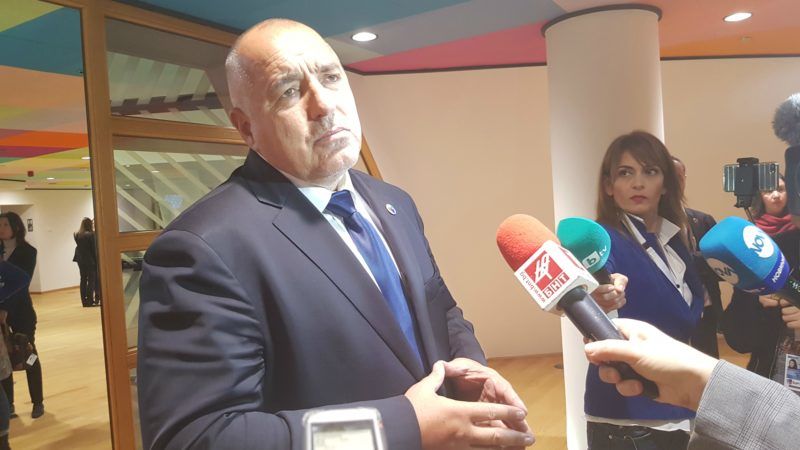 At the last EU summit on 19 October Borissov had a bilateral meeting with UK Prime minister Theresa May.

Asked by EURACTIV about the possible role of Bulgaria as the holder of the presidency from 1 January in  case of a hard Brexit, Borissov said:

“Regrettably, this possibility is more and more mentioned, that there would be no agreement. I am not saying it on behalf of the EU or of our presidency, and I don’t want to be misunderstood. But this is my sentiment.”

He went on to elaborate on a number of meetings on an EU and bilateral level with UK counterparts:

“There will be a [summit] meeting on 11 December, and now we have meetings with Ms Theresa May, with the minister of defence, with the minister of foreign affairs of the UK, the finance minister has asked for a meeting, not only because of the presidency, but first and foremost because of the sphere of security and fight against terrorism and the huge ties, the extraordinary good relations between the police services of Bulgaria and Britain, they want to keep them at the same level.”

“Not only am I not against this, it would be wonderful for Bulgaria and for security in Europe. The same goes for the numerous UK citizens in Bulgaria. I hope that we will keep our good relations… Let optimism prevail and let there be a good outcome. And the best is if they stay in the EU.”

Asked again about the role of the Bulgarian Presidency in the absence of a negotiated solution, he replied:

“This is why I truly hope Michel Barnier [EU’s chief negotiator], an extraordinary diplomat, will succeed in accomplishing his task.”

On the losses a hard Brexit would inflict on the EU, which are estimated at €60 billion in terms of the financial settlement alone, he said:

“There is hardly anyone in the EU, except in the UK, who does not realise that this [Brexit] would be bad for the EU. The exit of one of the most powerful economies is not a good thing. But this is what they decided, this is how they voted.”

He also said that no one was truly ready for a hard Brexit.

“If I were to say we are ready, it would be overestimating ourselves. If you ask whatever prime minister or chancellor here, they will tell you they are not ready. Moreover, this is not something only Bulgaria will deal with. We have a lot on our plate: the Eastern Partnership, Western Balkans, Brexit, the next European long-term budget, European security and defence, cybersecurity. Many themes.”

He dismissed suggestions that the EU might be concerned about the dramatic way the chairman of Bulgaria’s National Assembly has been replaced, saying that Europe had bigger issues to deal with, such as the attempts to form a cabinet in Germany.

“As long as Germany is blocked by such talks, nothing can function normally,” he said.

Borissov also said he was going to Saudi Arabia for an official visit from 28 November, which means he will not attend the Africa-EU summit in Abidjan next week.