Brexit to be sealed with final Brussels vote 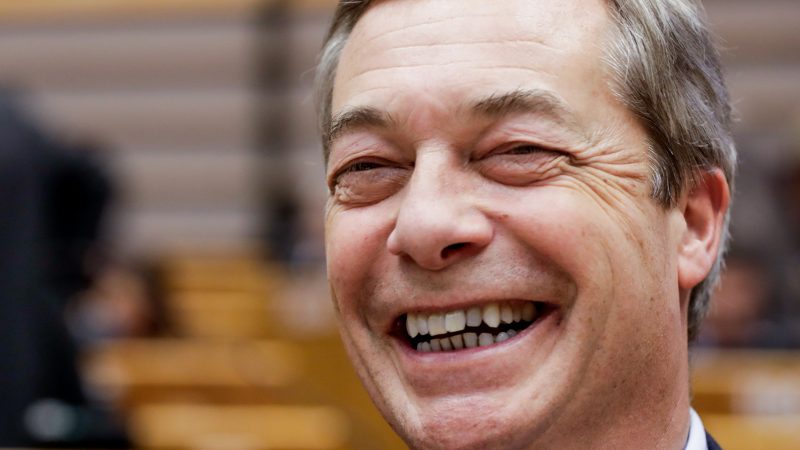 Brexit Day is to be set in stone Wednesday (29 January) when the European Parliament in Brussels casts a vote ratifying the terms of Britain’s divorce deal from the EU.

The historic legislative act — the last for the 72 remaining British MEPs who will leave afterwards — will allow Brexit to officially take effect on Friday at 2300 GMT, midnight for most of continental Europe and 11:00 pm in Britain.

British Prime Minister Boris Johnson insists that date will see Brexit “done”. But the EU underlines that the next, thornier phase of the split — working out a treaty to define the future relationship between the two sides — is about to begin.

Those negotiations are to go to late this year. At the end of 2020, a transition period easing Britain out of EU rules and regulations will expire, unless extended by both sides — something Johnson has ruled out.

The transition period, a standstill provision, means ordinary Britons and EU citizens will see little visible change, and indeed London will continue to contribute to the EU budget.

But from this weekend onward, Britain will be excluded from the EU’s institutions and decision-making.

It will officially be what the bloc calls a “third country” — a non-EU state. A close neighbour, and an important trade and security partner, but on the outside of Europe’s single-market club, reduced to 27 nations and a combined population of 450 million.

“Brexit is a loss for us all,” European Commission Vice President Maroš Šefčovič said after a regular EU ministers’ meeting on Tuesday.

He said it was important for the EU “to maintain our unity” as it negotiates the future partnership with the UK.

The British minister for Europe attending the meeting, Christopher Pincher, expressed optimism on what that would yield. “We’re looking forward to a very different world and a very different relationship,” he said.

The divorce deal, or “withdrawal agreement”, to be ratified Wednesday, protects the rights of EU and British citizens currently residing in each other’s territory, Britain’s financial obligations, and a customs regime that will keep the UK territory of Northern Ireland largely under European rules.

Britain’s Johnson and Queen Elizabeth II and Brussels’ most senior officials signed off on the accord last week. Ratification by the European Parliament is a formality, albeit a necessary one under European law.

Pro-Brexit figures see Britain’s departure as a liberation from an overweening Eurocracy.

Brexit Party MEPs, with leader Nigel Farage at the fore, plan to celebrate in Brussels on Wednesday, before heading to London to host Brexit parties on Friday.

But Johnson, conscious of UK divisions entrenched since the 2016 referendum that ushered in Brexit, is steering clear of a public display of triumphalism. He has dismissed a proposal to have London’s Big Ben temporarily revived from a costly renovative hiatus to symbolically chime in the moment.

Although bolstered by a big parliamentary majority, he faces resentment from British “remainers”, a resurgent independence push in anti-Brexit Scotland, and fears among UK businesses about what the loss of frictionless access to the EU’s single market will mean for revenues and jobs.

Above all, he has to demonstrate the UK can navigate solo in a world increasingly roiled by geopolitical tussles between the three biggest players — the US, the EU and China — that are affecting policies on trade, technology, security guarantees and climate change.

Neither the US nor the EU look to be offering Britain an easy ride.

Johnson riled Washington on Tuesday by approving plans to use technology from Chinese telecoms giant Huawei in its 5G networks, despite US warnings that it poses a data security threat.

US Secretary of State Mike Pompeo was expected to hammer home his opposition to that in a visit to London on Wednesday — a point that could raise obstacles to an offer to strike a US-UK trade deal.

And Brussels has signalled loud and clear that it intends to make demands for EU fishermen to operate in British waters a priority in its negotiations with the UK, linking it to London’s hopes of securing financial services access to the EU.

The EU’s chief Brexit negotiator, Michel Barnier, on Monday warned “it is absolutely clear that there will be negative consequences” from Brexit.

“Whatever agreement we reach on our future relationship, Brexit will always be a matter of damage limitation,” he said in a speech in Belfast. 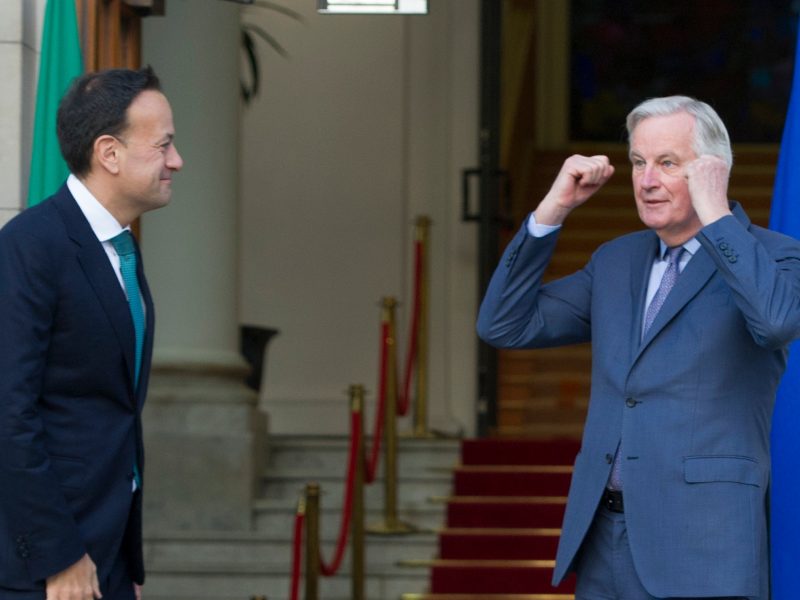 The European Union will “never, never, never” compromise on the integrity of its single market, its chief Brexit negotiator warned Britain on Monday (27 January), saying London must now face reality after underestimating the costs of leaving.