Britain must spell out EU treaty changes it wants: Malmström 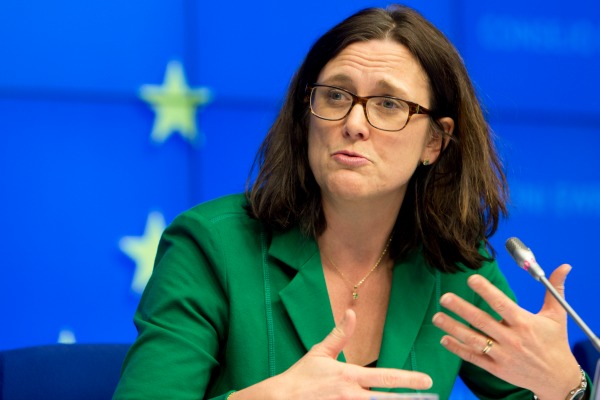 Britain could get the European Union treaty changes it wants if it spells them out and finds allies for its case, a top EU official said on Tuesday (5 March).

EU Home Affairs Commissioner Cecilia Malmström signalled that any future British prime minister would have a case for changing the 28-member bloc's treaties if he or she clearly stated what the desired changes are and had enough allies on board.

"I think any British prime minister can get the changes, but he or she would need to define what he wants," said Malmström at a talk on EU migration at Chatham House in London.

British Prime Minister David Cameron, who wants to renegotiate Britain's ties with the EU and offer Britons a referendum on EU membership in 2017 if he wins next year's general election, has repeatedly called for curbs on the free movement of people to stem so-called "benefits tourism". Other EU states have backed him.

"They should define exactly what the problem is and give evidence for that, try to define a few concrete solutions and search for allies in the European Union in a constructive way," Malmström said.

EU officials have in the past accused members calling for limits to the rules on free movement of indulging in chauvinism and stereotypes.

But Malmström warned that efforts to opt out of existing EU rules on the freedom of movement risked opening up a "Pandora's box" of different national systems for dealing with migration.

"If one member state opts out … then we open up the Pandora's box where we risk having 28 different systems and then we have to reflect is this really worth doing" Malmström said.

Cameron has so far received only lukewarm support for his plans for treaty changes, although German Chancellor Angela Merkel expressed support for his bid to clamp down on abuse of the EU's freedom of movement rules during a visit to the UK last week.

A potential British exit from the European Union came to the top of the political agenda in January 2013 after Prime Minister David Cameron said that Britain must use the upheaval created by the eurozone crisis to forge a new relationship with the European Union.

Britain has negotiated a number of opt-outs from key EU policy areas since its accession in 1973. The country is not part of the eurozone and has not signed the free-border Schengen

Treaty and does not want to abide by a number of EU police and judicial cooperation rules.

8 responses to “Britain must spell out EU treaty changes it wants: Malmström”