Catalan People's party (PPC) group members protest by waving Spanish and Catalan flags prior to the voting of the declaration of a unilateral independence, during the plenary session at the Parliament in Barcelona, northeastern Spain, 27 October 2017. [Alberto Estevez/ EPA]

The parliament approved a motion to establish “the independent Catalan republic” with the final score of 70 in favour, 10 opposed and two blank ballots. The opposition had walked out and refused to vote.

Catalan leader Carles Puigdemont dismissed a plea from opposition deputies this week to find a solution to the standoff with Madrid, closely watched by Brussels.

The European Union has been particularly wary of any secessionist sentiment after Britain’s decision to leave the bloc. It has said that Catalonia was Spain’s internal issue.

For EU nothing changes. Spain remains our only interlocutor. I hope the Spanish government favours force of argument, not argument of force.

Minutes after the Catalan vote, Spain’s Senate approved direct rule by the central government over the wealthy eastern region, under Article 155 of the Spanish Constitution. In other words, it gave Prime Minister Mariano Rajoy the authority to take direct control of the regional administration in Barcelona.

Rajoy said the rule of law would be reinstated in Catalonia and appealed to everyone to stay calm. 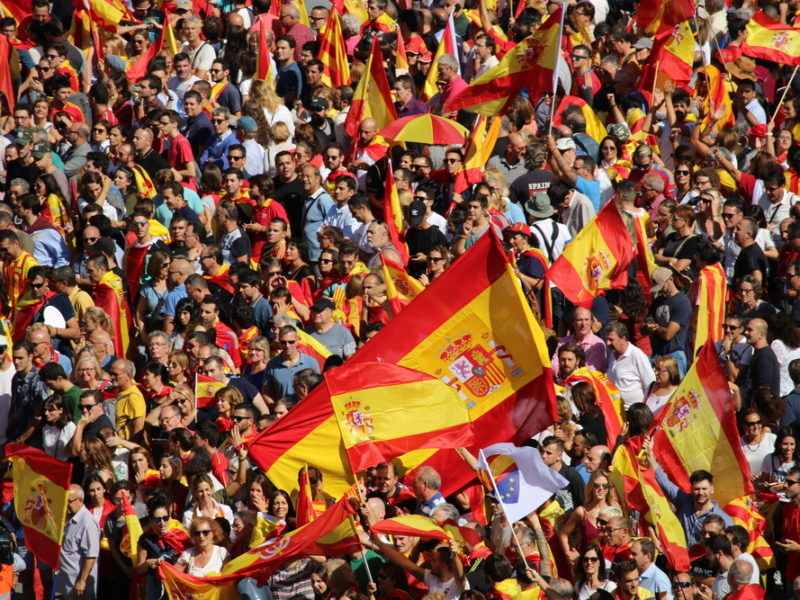 Rajoy to trigger Article 155 on Catalonia: what does it mean?

The Spainsh government will trigger Article 155, a constitutional process that will strip Catalonia of its regional autonomy. But how will the process work? EURACTIV Spain reports.

Catalonia’s 1 October independence referendum was ruled illegal by Spain’s constitutional court, and the regional government’s decision to push ahead regardless has caused the worst political crisis in Spain since its transition to democracy in the 1970s.

Earlier on Friday, the Madrid stock exchange dropped 1% bucking the bullish trend of most European stocks. The benchmark IBEX 35 index of major companies shed about 1% in value in early afternoon deals.