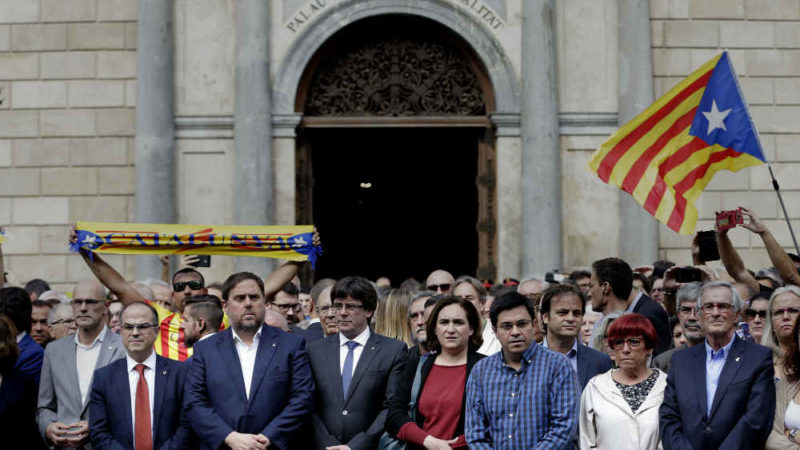 Sacked Catalan president Carles Puigdemont met on Monday (30 October) with a lawyer in Brussels as the Spanish general prosecutor called for charges of rebellion and sedition over his role in Catalonia’s unilateral declaration of independence.

In a surreal turn of events, Puigedmont and five members of his sacked regional government (Govern) travelled to Brussels seeking legal protection, after the Flemish nationalist party’s (N-VA) offer of asylum protection on Saturday.

They travelled by car to Marseille (France), from where they took a flight to Brussels, EFE news agency reported.

The latest episode in the Catalan saga could not only spark a diplomatic row between Belgium and Spain, and its EU partners, but also shake the Belgian coalition government.

Spain’s attorney general, José Manuel Maza, announced yesterday that he would ask for charges against 14 members of Puidgdemont’s administration for being responsible for the declaration of independence in defiance of Spain’s constitution.

The flight was first reported by Catalan media El Periodico and La Vanguardia in the morning. Puigdemont’s agenda or intentions were only confirmed when Paul Bekaert, a Belgian lawyer, said in the evening he had been consulted by the Catalan politician on what legal steps should follow.

Catalonia’s dismissed separatist leader Carles Puigdemont was in Brussels on Monday (30 October), a Spanish government source said, as prosecutors called for him to be charged with rebellion over his drive for Catalan independence.

Bekaert already has a past with Spain. He succeeded in blocking the extradition of ETA terrorist Natividad Jauregui to Spain in 2013, because her fundamental rights could have been violated.

It was the first time a Belgian judge failed to comply with a European Arrest Warrant between the two countries.

Belgium and Spain already clashed years before on the extradition of ETA members.

Bekaert did not clarify whether he was preparing fight back against an EAW if one is filed, or whether Puigdemont would seek asylum in Belgium.

The Catalan former journalist is expected to hold a press conference today around noon.

However, various EU officials agreed that the chances of Puigdemont getting asylum in Belgium were “slim”.

EU sources recall that Asylum Procedures Directive was designed for third-country nationals. It was stated in the EU treaties (protocol 24) that EU countries are seen as safe countries of origin for fellow member states.

On very rare occasions, an asylum request by a EU national may move forward. It could happen if the citizen comes from a member state that has breached EU fundamental values and freedoms (Article 7).

The member states also have some room for manoeuvre, after reporting to the other member states and arguing that an asylum seeker is not safe in their EU country of origin.

Francken’s team recalled that any decision on an asylum claim would be dealt by the Commissioner General for Refugees and Stateless people, an independent body.

According to its website, any application for asylum must “clearly demonstrate that in his personal situation he has a well-founded fear of persecution or faces a real risk of suffering serious harm”.

Last year, the Commissioner General received 40 requests for asylum and none of them were considered as valid.

The political blessing to an asylum request by Puigdemont would put Belgium in an uncomfortable situation inside the Council, as EU countries have fully backed Spain on handling the Catalan issue.

The Belgian coalition government, influenced by the N-VA, has expressed a more nuanced position over the past weeks.

This already caused a diplomatic incident between Belgium and Spain this month, after Belgian Prime Minister Charles Michel suggested the need for international mediation.

But the bilateral row escalated after the N-VA’s Theo Francken, who is responsible for asylum and migration, told the Belgian broadcaster VRT  on Saturday that the situation was “deteriorating” in Catalonia and “a certain number of Catalans would request asylum in the country”. 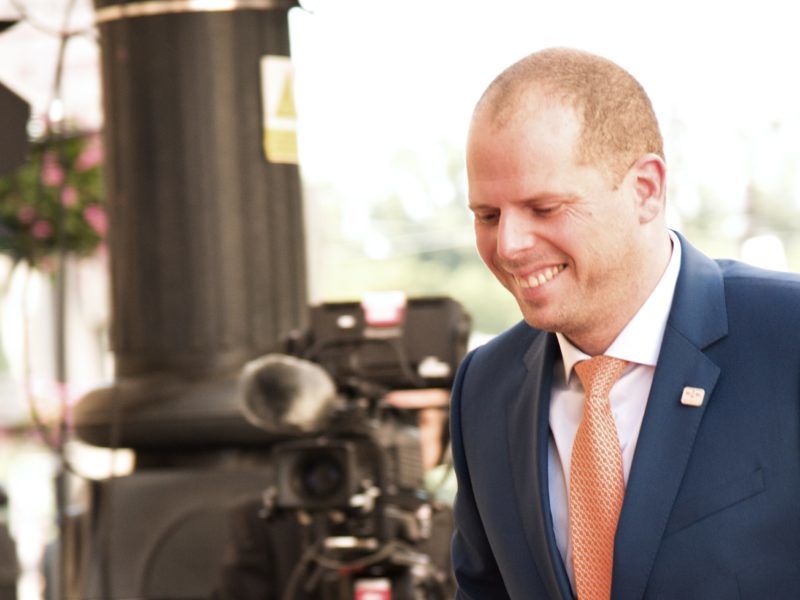 The EU’s top court today (7 March) ruled that, under its legislation, states can deny visas to people trying to claim asylum, in a case related to a Syrian family trying to come to Belgium.

Michel told his state secretary on Saturday not to “pour gasoline on the fire”.

As the discrepancies continued to grow inside the coalition after Puigdemont’s trip was reported on Monday, the N-VA denied that Puigdemont and his team had been invited by the party.

“It is certainly not at the invitation of the N-VA,” ​​said party spokesman Joachim Pohlmann on Monday afternoon.

Interior minister Jan Jambon, who is also a member of N-VA, was “not aware” of Puigdemont’s visit and had no contact with him in recent days, according to his spokesperson.