Jean-Claude Juncker likely infuriated Spanish Prime Minister Mariano Rajoy on Thursday (14 September) by saying that if Catalonians voted to secede from Spain in next month’s referendum, the Commission would respect the outcome.

Juncker made the comment during a one-hour televised question broadcast by Euronews. An online initiative #AskJuncker had collected questions for the Commission President from citizens across Europe.

Juncker was asked if the European Commission would recognise and accept a “Yes” result in the 1 October referendum in Catalonia. Rajoy’s conservative government has said the vote violates Spain’s constitution, which states that only central authorities can call a referendum. The Spanish king Felipe VI said on Wednesday (13 September) that the Constitution would prevail in case of any breach, and that the rights of all Spaniards would be preserved.

If the “Yes” side wins, Catalonia’s regional government has vowed to declare independence within 48 hours and set about building a sovereign state. 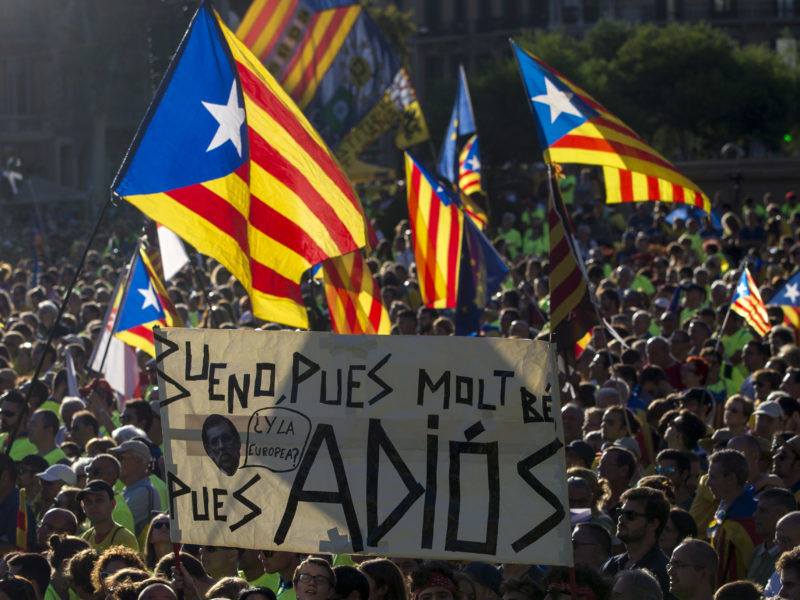 Hundreds of thousands of Catalans rallied yesterday (11 September) to demand their region’s secession from Spain, in a show of strength three weeks ahead of an independence referendum which has been banned by Madrid.

“The Commission has a tradition of not taking part in internal domestic debates in any given country, even if these are acceptable and accepted democratic debates. The Prodi and Barroso Commissions and my own Commission have always said that we would pay attention to and respect the rulings of the Spanish constitutional court and [the decisions] of the Spanish parliament. But it’s obvious that if there were to be a “yes” in favour of Catalan independence – which remains to be seen – then we will respect that choice. But Catalonia will not be able to become an EU member state the day after such a vote. Catalonia will have to follow the same accession procedures as the member states that joined after 2004.”

The Commission is the guardian of EU treaties. If the Commission was to “respect” a vote for independence, this could possibly mean that EU law would no longer apply for Catalonia. This would certainly upset the Spanish government, who undoubtedly would persist in considering the referendum as unconstitutional.

Echoing a stance made by his predecessor, José Manuel Barroso, Juncker said any newly independent state must follow the same EU membership procedures as all aspirants, citing Scotland and, in jest, his home country, Luxembourg.

“If northern Luxembourg were to cede from the south, the same rules would apply,” Juncker said.

EU enlargement requires unanimity and under current EU treaties, Madrid would never agree to the opening of such an accession process.

Asked about the risk of a snowball effect and fragmentation of Europe, Juncker said:

“Europe has strong regional traditions and this is what makes it rich. But I would not want regional traditions to lead to separatism and to the fragmentation of Europe. But who am I to tell people what they should think if they are tempted by independence?”

Juncker’s positions could be interpreted as an indirect encouragement for Scotland to secede from the UK, and retain its EU membership. 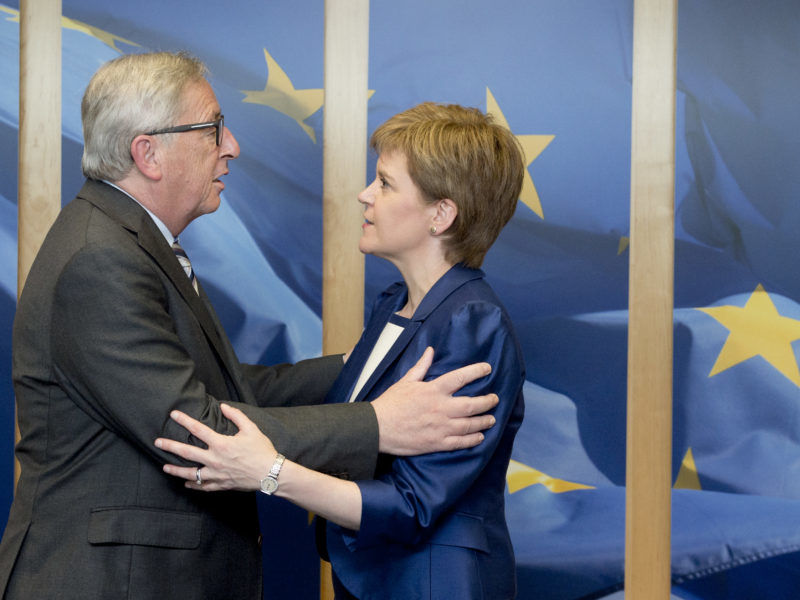 Experts say one way in which Scotland could remain in the EU would be if it became independent and then applied to be a “successor state”, effectively inheriting Britain’s EU membership. The EU would obviously be pleased, because it would be proof that it remains attractive, and the number of EU member countries would remain unchanged.

The Brief: Catalonia, Scotland and the EU’s double standards

The huge rally for Catalan independence on Monday did not go unnoticed in Brussels and in Strasbourg, where most of the EU talking heads are right now.

One response to “Catalonian independence: Juncker ventures into unchartered waters”