CoFoE: Citizens felt heard but recommendations were not debated as expected 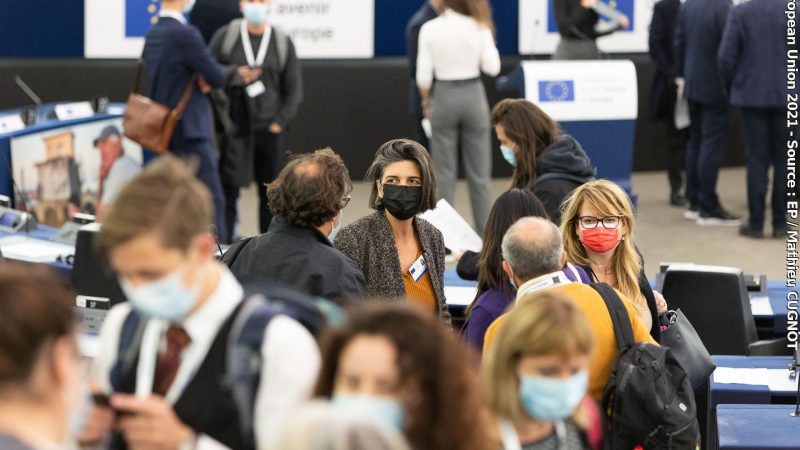 Despite an interesting agenda at the Conference on the Future of Europe (CoFoE) plenary at the European Parliament in Strasbourg over the weekend, citizens who took part felt that EU lawmakers were not really interested in following up recommendations fairly or concretely.

The meeting in Strasbourg was one of the most significant steps of the CoFoE, an EU democratic experiment where citizens participate in the EU policymaking. But participants were disappointed that politicians failed to take recommendations past the listening stage.

“I expected that politicians would have given suggestions on how to meet our requests, instead of making general statements or trying to put topics on their agendas, which have nothing to do with our recommendations,” Petersen Troels De Leon, 44, from Denmark, told EURACTIV.

He added that the politicians did make an effort to listen to the recommendations. Still, hopes were not high beyond this, as some MEPs explicitly said they would only work on recommendations they were interested in.

As already reported by EURACTIV in the initial stages of CoFoE, the lack of detailed follow-up procedures could create problems in implementing citizens’ recommendations.

Nicolas Morávek from the Czech Republic told EURACTIV that he rates the experience positively.

“The overall environment was really nice; everybody was extremely friendly”. However, only “around 50% of politicians were really interested in what we were saying”.

The CoFoE sees citizens involved in three levels of participation: the first one is articulated around four citizens panels, where a randomly-selected 800 citizens elaborate recommendations thanks to in-person and online meetings.

Panel 2 and 3 on democracy values, health, and environmental issues finalised their 90 recommendations in Florence and Warsaw. Forty representatives of these two panels took part in the Strasbourg meeting last weekend at the European Parliament.

But some participants felt that MEPs were not taking them seriously and were even uninterested in what they had to say.

“I had the impression that some MEPs were totally disinterested in our ideas. In the working group, some of the statements made seemed to indicate that our role and commitment were not taken seriously, while others tried to exploit some of our proposals to achieve their political interests”, Chiara Alicandro from Italy told EURACTIV.

Similarly, Valentina Barzani from Italy told EURACTIV that “if I have to rate the overall event, I would say 7/10. As citizens, we are more mature in debating than first meetings.”

“Nevertheless, I expected a more concrete discussion on recommendations, especially in the working groups. We received general reactions to our proposals. Fortunately, we have been assured several times, particularly by members of the Commission, that our recommendations will be seriously analysed”.

The second level of participation concerns national panels organised by member states, where citizens elaborate on recommendations similarly to European panels. Some representatives of the latter were participating in Strasbourg.

“I spent a wonderful time being able to transfer Belgian recommendations into the European parliament and to know recommendations of both other national panels and European citizen panels. It seems like there are a lot of similar ideas, which gives extra power to recommendations formulated,” Dorien Nijs from Leuven told EURACTIV.

He is also concerned about the recommendations’ implementation process: “I hope politicians are not going to use only recommendations that fit into their political agenda. It is not cherry-picking; all recommendations deserve a similar approach”.

European Panels 1 and 4, on a stronger economy, social justice, jobs, education, culture, sport, digital transformation, and on EU in the world and migration, respectively, will finalise their recommendations in Dublin and Maastricht in February.

These panels will debate their proposals with the Conference’s plenary as panels 2 and 3 already did.

The third level of participation regards the multilingual digital platform, where everyone can submit ideas and organise events related to the conference. The plenary will eventually assess inputs from the platform in the same manner.

There are no details about how recommendations will be implemented from a procedural point of view.

As European Commission Vice-President Dubravka Šuica told EURACTIV, “the executive board will follow-up recommendations without voting on them, but trying to reach an agreement on a consensual basis.” Still, she could not give other details on such procedures.

The Conference’s plenary, together with the Executive Board, will prepare a report of the CoFoE, which the Joint Presidency will finally assess.