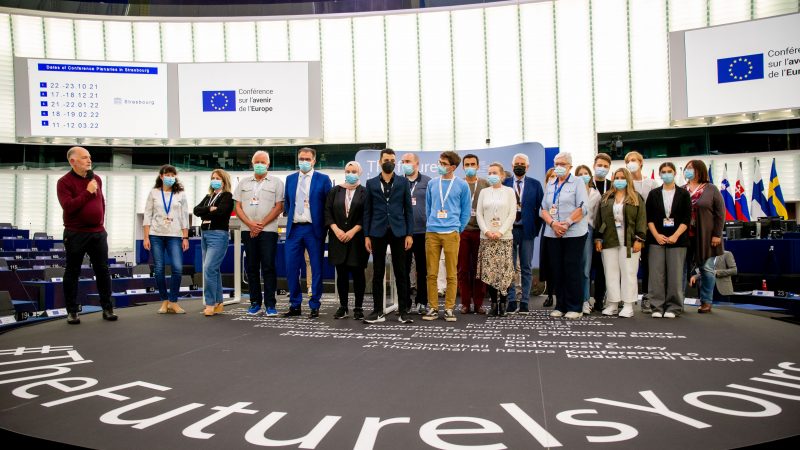 Deliberative democracy processes are more democratic than general elections or surveys, according to Conference on the Future of Europe (CoFoE) participants and experts of the second panel on democracy gathered in Florence last weekend.

CoFoE is a deliberative democracy experiment where 800 citizens, divided into four thematic panels, deliberate recommendations to discuss and vote on with lawmakers.

“Usually, the way we try to understand what people think is through elections or opinion polls. However, I think both methods are biased. They rather ‘freeze’ a debate, imposing the discussion, without asking people what they want. Thus, it is good that people here speak about their own will. And they do not necessarily use the same categories utilised by electoral campaigns and opinion polls,” Oliver Roy, professor at the European University Institute and one of the panel experts, told journalists.

EURACTIV asked Roy whether there is a risk that politicians will pick only CoFoE recommendations they like, ignoring the others.

He replied, “it is what did happen until now since we had a citizen discussion. Past experiences are not encouraging. But this time, it can be different because people do not keep silent. They protest when they see that their real opinions are not considered”.

“Youth in this panel are very concerned about their future, on issues like the climate, but also intergenerational equity. They see our policies are not fair for them. They want to participate, but they are not satisfied with the electoral process. Thus, they vote, less but they participate more. This tension can give us an opportunity”.

Similarly, citizens selected for this panel believe that this democratic exercise is more valuable than mainstream political participation.

“I feel I am living a unique democratic experiment, which goes beyond the majority rule. Democracy is often understood only as a majority rule exercise, with elections. But here, we are demonstrating that democracy is about debating, sharing general ideas from the bottom up that can have an impact,” Max, a participant from Slovakia, told EURACTIV.

With the same spirit, Eric, from The Netherlands, told EURACTIV, “I care for all recommendations that came out. Even with those I disagree. All of them are based on what is important for EU citizens, involved in discussions at international level”.

In that regard, Eric believes that citizens can be more progressive than their representatives.

In January, the first plenary with politicians and citizens will discuss recommendations in Strasbourg. This will be the most crucial part of the whole process, as citizens will see the results of their efforts.

One response to “CoFoE: deliberative democracy more accountable than elections and polls”