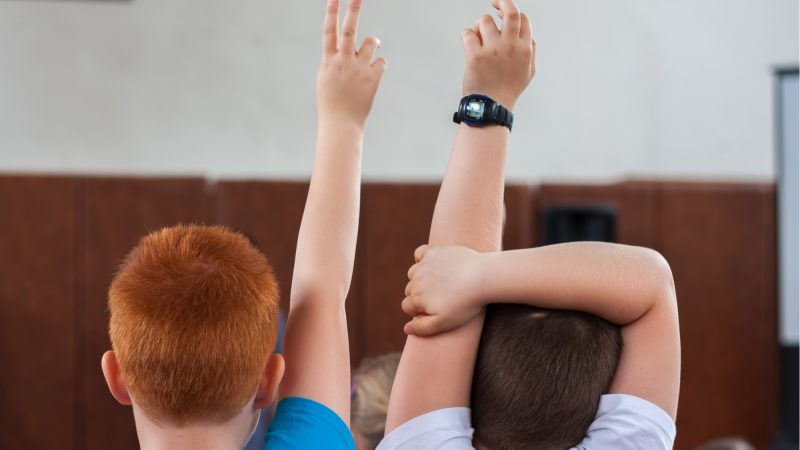 Environmental education in EU schools and the migration crisis were high on the agenda of proposals suggested by citizens in the last two panels of the Conference on the Future of Europe.

The conference is the EU’s deliberative democracy experience, where 800 randomly selected citizens to discuss, debate, and formulate recommendations for lawmakers. Divided amongst four thematic panels, 80 elected ambassadors will present their recommendations to MEPs in Strasbourg between 17-18 December and 21-22 January.

In the third panel, participants discussed reducing consumption and implementing renewable energy to replace non-renewable resources. They spoke of the urgency to change the way we live and contain the climate crisis. This shift can only take place if environmental sustainability is taught in schools, participants said.

She added, “we have to contribute to changing the community’s behaviour to protect the environment. In this sense, we started different projects in our school to make students more responsible towards the sustainability of the school consumption”.

MEP Michaela Šojdrová (PPE, CZ), part of the Culture and Education Committee (CULT), told EURACTIV she welcomes the idea. However, she pointed out, “we should respect the competence of member states.  It is up to them to incorporate these issues into the school programme with the EU support”.

Unsurprisingly, migration was also a hot topic amid the crisis in the EU and along its eastern borders.

The fourth panel discussed giving more power to Frontex and establishing a system of relocation across Europe. The human rights of immigrants was also high on the agenda and positioned as a priority by participants.

Participants also considered that to facilitate European management of foreign and migration policy, the need for a unanimity vote in the Council is a significant obstacle. But to overcome this issue and consider the proposal from citizens, several treaties would have to be revisited for discussion, something the Commission wants to avoid.

To avoid a situation where citizens proposals are not dealt with, deliberative democracy expert Jonathan Moskovic told EURACTIV that “If the EU hasn’t the competencies to deal with a recommendation, member states must do the follow up”. In that sense, all citizens’ proposals will be heard.

An EP source previously confirmed to EURACTIV that there are mechanisms to ensure every voice is heard, member states could consider implementation processes as soon as possible. This would avoid any perceptions from conference participants that the EU’s first deliberative democracy experiment did not go as well as planned.

The entire process is set to be assessed by the Presidents of the European Commission Ursula von der Leyen, European Council Charles Michel, and European Parliament David Sassoli. This will include a review of each step, from submissions to the multilingual digial platform up to the stage proposals are presented to Parliament.