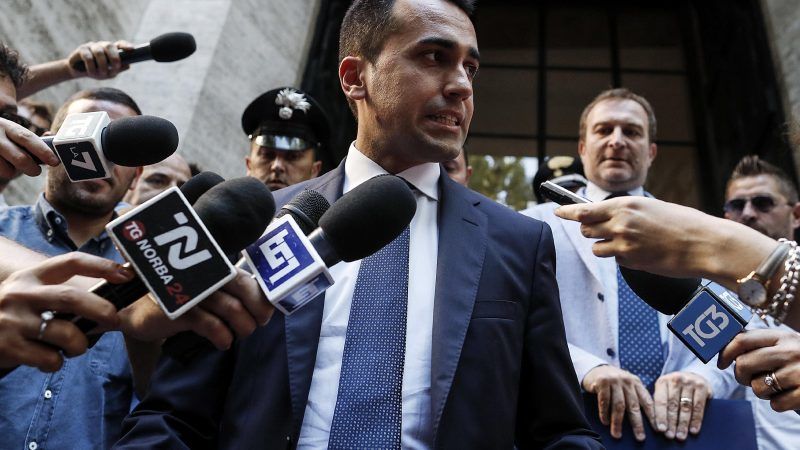 Deputy Prime Minister Luigi Di Maio said on Thursday the Italian government could suspend funding to the EU unless the migrants being held on the ship are shared among other member states.

Di Maio is the leader of the anti-establishment 5-Star Movement, which is in a coalition government with the far-right League (Lega) and its leader, Matteo Salvini, who has championed a hard line against immigration since taking office in June.

The Commission usually refrains from commenting on other people’s comments, even when they are made by high ranking politicians. This time, however, it made an obvious exception.

“Let’s not engage in finger-pointing. We also believe unconstructive comments, let alone threats, are not helpful and will not get us any closer to a solution. The European Union is a community of rules and it operates on the basis of rules, not threats,” Commission spokesperson Alexander Winterstein stated at the daily midday briefing.

The spokesperson also said the Commission wanted a more durable solution than a “ship-by-ship troubleshooting”.

Asked if there was a precedent for a member state refusing to pay its EU dues, Winterstein made it clear that this had never been the case.

Answering another question, he said that member states pay their contribution to the EU budget on a monthly basis, but refrained to comment on what would happen if they omitted to do so.

While Winterstein spoke, a meeting at “Sherpa” level involving 12 member states was taking place to discuss issues related to sharing the migrant burden with Italy. They include Italy, Malta, Greece, Spain, Germany, France and Austria.

Di Maio announced on Friday that Italy would take a “hard line” with the Commission at the Sherpa meeting.

“The soft line does not work, the hard line will be to withhold funds if they don’t listen to us,” he said on Italian television, as quoted by Reuters.

One response to “Commission hardens the tone with Italy, says will not bow to threats”