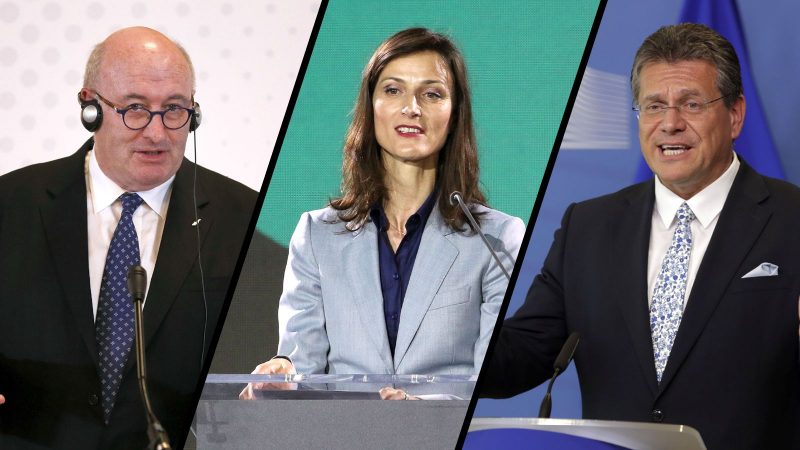 Maroš Šefčovič of Slovakia takes the floor first. The Slovak diplomat, who oversaw the Energy Union in the Juncker Commission, will be vice president in charge of ‘Interinstitutional Relations and Foresight’ in the new executive.

Ireland’s Phil Hogan will be in charge of Trade and Mariya Gabriel from Bulgaria will be the Commissioner for Innovation and Youth.