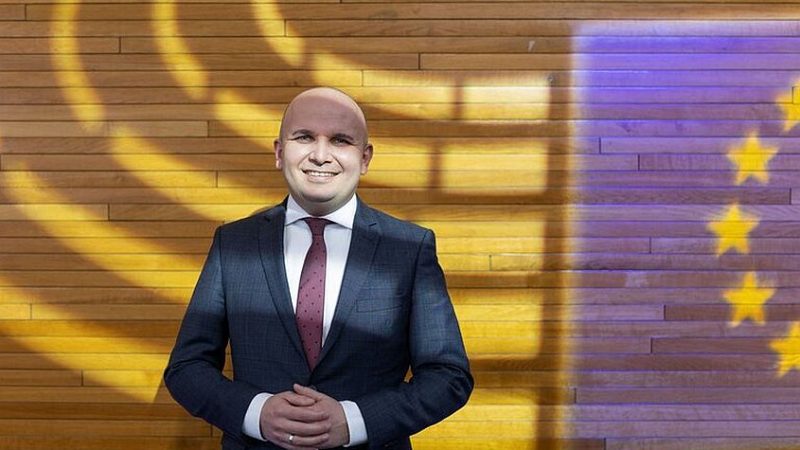 Ilhan Kyuchyuk, Co-President of the Alliance of Liberals and Democrats for Europe. [European Parliament]

It is time to consider a change of EU treaties because the message delivered by European citizens is that “they like the European idea” but not the way the EU is functioning, Ilhan Kyuchyuk, the co-president of the European liberal party, told EURACTIV.

An EU lawmaker from Bulgaria’s Movement for Rights and Freedoms, Kyuchyuk was elected as co-president of the Alliance of Liberals and Democrats for Europe at the liberal family’s congress in Dublin earlier this month.

While the congress was dominated by the ongoing war in Ukraine and the issue of whether Ukraine should be given the status of an EU candidate country, but also the future of the EU and its functioning.

Kyuchyuk described the Conference on the Future of Europe, the recently finished deliberative democracy exercise aimed at getting the voices of European citizens on the bloc’s reform, as “the starting point” for reform.

The message from citizens was clear, he told EURACTIV.

In the meantime, the liberal party will take its own soundings between now and May 2024. “We want to hear what citizens want from us as liberals. We are a growing family and we are working with all progressive, centrist parties,” he said.

On Friday (17 June), the European Commission issued its first communication on the recommendations, which Commission President Ursula von der Leyen described as “rich and wide-ranging ideas to improve our Union: 49 detailed proposals and more than 300 measures to make everyday life better”.

According to Kyuchyuk, the eventual outcome of the Conference is likely to be a reform of EU treaties – the binding agreements among EU members that establish EU institutions, their aim and competence, and the decision-making process.

“All the 49 recommendations are good ones and we need to read them carefully,” he said. “And yes, for some of them we need treaty change, Our position has always been that if there is a need for treaty change then we are in favour of that.”

Health and foreign policy are at the top of the list of areas where the EU should have greater competence and ease of acting, according to the Conference.

“Obviously lessons should be learned from the COVID pandemic, there is a need for more cooperation (on health policy) at the EU level, and the EU has to be prepared for that. We have to defend ourselves and be proactive,” said Kyuchyuk.

At the same time, he pointed out that Russia’s invasion of Ukraine has brought EU foreign and security policy, and enlargement of the EU, to the top of the agenda.

“The war in Ukraine was a wake-up for the EU,” he said. “We have seen with our own eyes how EU policy on foreign policy and security is changing dramatically and at the member state level we are seeing unprecedented steps”.

The delays and difficulties in the EU-27 agreeing on sanctions against Russia, meanwhile, have focused attention on the need to abolish the unanimity rule on foreign policy, Kyuchyuk said, adding that “we cannot keep having the EU hostage to veto procedures”.

“We see that momentum as a good thing to start bringing the family together around those topics.”

There is also no alternative, he said, to expanding the EU’s membership both for Eastern Partnership countries and the Western Balkans.

“If they want to join the EU and are knocking on our door then we have to give them the opportunity,” said Kyuchyuk, who is critical of the slow pace of integrating the six Western Balkan states into the EU.

For his part, Kyuchyuk told EURACTIV that he is “advocating very strongly that the Bulgarian veto (on opening the EU accession talks with neighbouring North Macedonia) should be dropped”.

“If we want to be an important geopolitical player, then we have to deliver what we promised to the countries in the Western Balkans,” he said. “We are demotivating society in those countries.”

The broader engagement with the Eastern Partnership countries will be the next stage, added Kyuchyuk. “As Jean Monnet said, the EU will not be built in a day. This is not one project. This will be a project of continuity.”