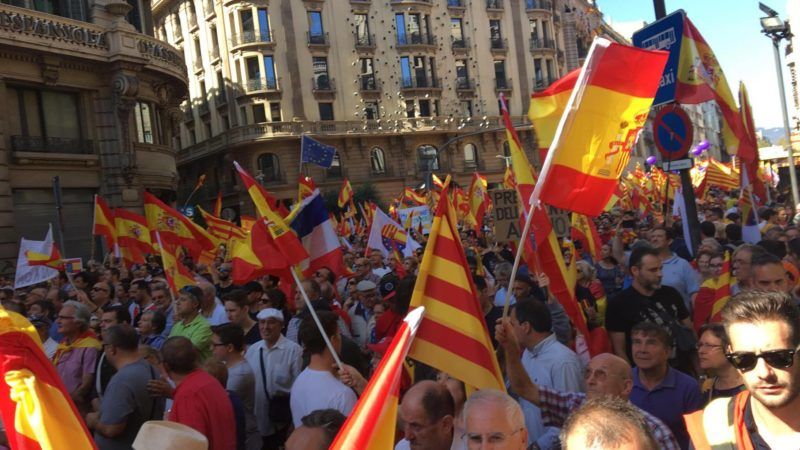 Greece called on Spain’s ambassador to Athens on Sunday (29 October) to revoke statements to a Greek newspaper suggesting that the Greek government was not supportive of Spanish unity.

The ministry of foreign affairs stressed that the ambassador attempted to interfere in domestic politics while sources claimed that these practices refer to the “dark pages” of Spain’s history.

“It is with surprise that we note the comments made by the ambassador of friend and ally Spain, criticising publicly the Greek government,” the Greek foreign ministry said in a statement.

EU leaders, wary of encouraging separatists across the bloc, have largely backed the Madrid government during a deepening political crisis, which culminated last week in the Catalan parliament voting to unilaterally declare the region’s independence from Spain.

The Spanish Ambassador to Greece, Enrique Viguera, was quoted in Sunday’s Eleftheros Typos newspaper as saying that while he had clear assurances of support for Spanish unity from Greece’s conservative opposition and from President Prokopis Pavlopoulos, the same was not true of Prime Minister Alexis Tsipras’s left-wing government.

“Statements on the issue from the part of the (Greek) government are absent. However, other European governments warmly supported the territorial integrity of Spain and our government’s position,” he said.

However on Saturday, Greece, through its government spokesman, said it fully supported Spain’s territorial integrity and cohesion as well as any initiative to restore democratic dialogue in the framework of Spain’s constitution.

“We are particularly concerned over the situation in Spain and reiterate that Europe can only advance united. Unilateral actions cannot be acceptable,” government spokesman Dimitris Tzanakopoulos said in a statement.

The Foreign Ministry accused the ambassador of “insulting Greece’s constitution” by suggesting that the country’s president did not speak for the government.

It also said that by adopting the arguments of the political opposition, Spain’s ambassador was interfering in Greece’s domestic politics.

“We call on the ambassador to avoid behaving in a way that is not in line with diplomatic norms and expect that he will proceed to rescind his unfortunate statements and provide the Greek government with the necessary explanations,” the ministry said.

Avgi newspaper quoted a high-ranking diplomat as saying that the Spanish Ambassador was aware of the diplomatic rules he must abide, and these require absolute respect for the constitutional, legal and political order of the country where he is hosted.

And he made “credible efforts to violate them blatantly”, the sources said.

“What would he say if the Greek ambassador to Madrid, with an interview, attempted to cultivate the image that the King is against the Prime Minister of Spain, or appeared to openly support main opposition Podemos, in such a critical internal or external political issue in Spain?” the source added.

“Viguera’s intervention refers to mindsets of old times in Spain, written in the dark pages of its history.”