This project, criticised by the French extreme right, was launched in Paris on Monday (25 March). The new chamber aims to facilitate exchange, not political decision-making. EURACTIV France reports.

The National Assembly was decorated with its finest adornments on Monday, when hosting the first meeting of the Franco-German parliamentary agreement, meant to create a Franco-German assembly.

Between Hotel de Lassay under the sun and covered in flowers, the German flags and a lunch attended by 150 people surrounded by the palaces of the Republic, the German members of Parliament certainly felt very welcome.

This atmosphere undoubtedly echoed that of the European Parliament. This was probably needed to convince the Germans of the merit of this new structure, which is not generating overwhelming enthusiasm on the German side, since every chamber jealously guards its own prerogatives.

“Each chamber, the Bundestag and the National Assembly, keep their sovereignty,” the President of the Bundestag, Wolfgang Schäuble, warned from the outset, by explaining that the role of the future assembly was mainly advisory.

According to its statutes, the Chamber does not have a decision-making role. The fact that it is apparently set to meet twice a year limits its de facto influence: the next meeting will take place in Berlin in September.

Hermeneutics, as opposed to political decision-making, is actually being discussed by Sabine Thillaye, the new president of the Bureau of the Franco-German Assembly, herself German and married to her French husband.

“When we speak, we use the same terms, but we all hear something different,” she indicated, by taking the example of the “defence industry”. According to her, the term echoes the industry and economic potential from a German point of view but alludes to the army and defence matters for the French.

Undoubtedly, language issues are attracting the most consensus: Richard Ferrand wished that all participants in the cooperation project be bilingual by the end of their term, and the reinforcement of learning both languages on both sides of the border is part of the priorities.

The president of the French Chamber, Richard Ferrand, also underlined the importance of this cooperation for the transposition of directives into both German and French law.

Following an interview with EURACTIV regarding the criticisms received after the creation of this structure was announced, notably from the French extreme right, the elected representative for Brittany indicated that he did not find these criticisms very persuasive.

“Of course, some are scared; others, however, believe that this is not sufficient. I think that one should not miss an opportunity to do something that is possible,” said Richard Ferrand.

In the morning of the first meeting, the interventions of the representatives of various political groups offered very different views, from notable enthusiasm from the French to the optimism of some Germans and quite incoherent words from a representative of the Afd, Germany’s extreme right party.

The atmosphere became quite relaxed in the afternoon, however, with speeches on various political topics, including the French Minister for European Affairs Nathalie Loiseau’s comment on her imminent departure from her current government position. 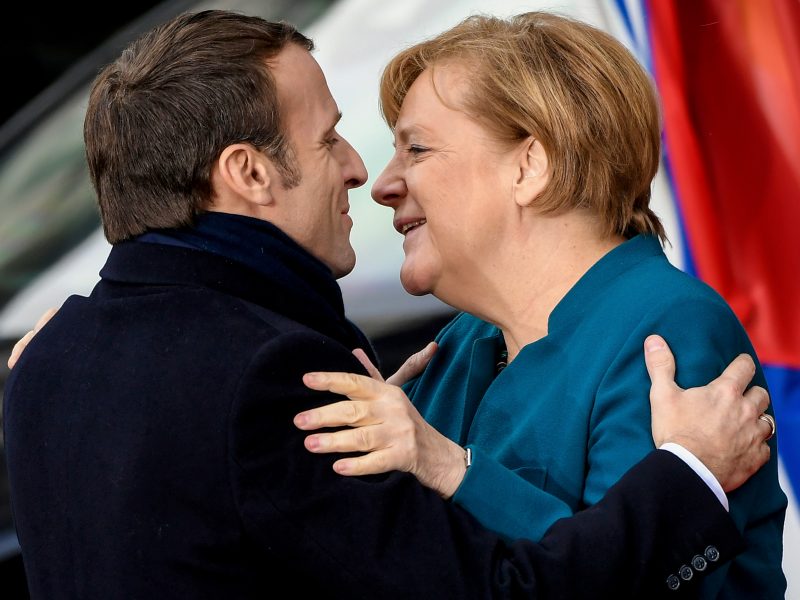