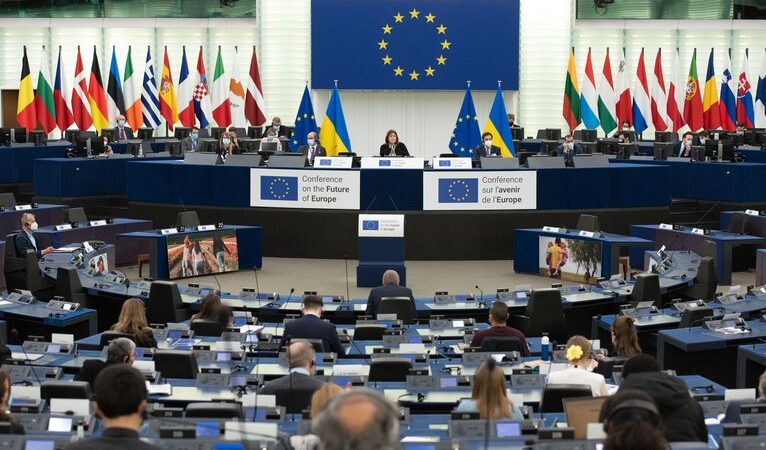 While the debate was more focussed and better organised than before, participants said disinterest from politicians clouded the latest panel of the conference on the Future of Europe (CoFoE) event in Strasbourg at the weekend.

CoFoE is the first EU deliberative democracy experiment where citizens participate in EU policymaking through different online and in-person meetings. In Strasbourg, some 178 proposals submitted between December 2021 and February 2022 were on the agenda.

At this stage of the process, citizens debate within the conference’s plenary, including representatives of the European Parliament, national parliaments, the Europea Council, and the European Commission.

Tuomas Suihkonen, a representative from the EU foreign policy and migration panel, told EURACTIV that he was disappointed by the fact that “we did not see many politicians there, or they were leaving after their own speeches. With just a few representatives of both EU and national institutions in the room, I doubt we can make a decent conversation”.

This echoed criticisms levied during January CoFoE plenary in Strasbourg, where citizens said they felt that EU lawmakers were not interested in following up recommendations fairly or concretely.

At the time, Petersen Troels De Leon from Denmark told EURACTIV, “I expected that politicians would have given suggestions on how to meet our requests, instead of making general statements or trying to put topics on their agendas, which have nothing to do with our recommendations.”

He added that some MEPs explicitly said they would only work on recommendations they were interested in.

A lack of clear follow-up procedures has also led to concerns over transparency in the addressing and implementing of recommendations. 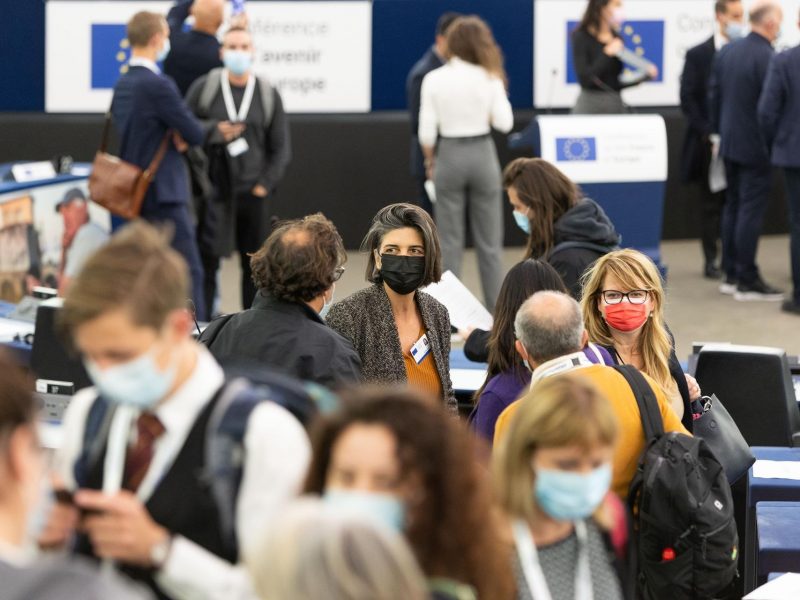 CoFoE: Citizens felt heard but recommendations were not debated as expected

Despite an interesting agenda at the Conference on the Future of Europe (CoFoE) plenary at the European Parliament in Strasbourg over the weekend, citizens who took part felt that EU lawmakers were not really interested in following up recommendations concretely.

But it was not all bad news.

Compared to the debate held at the end of January, citizens felt that procedures were better followed, and the discussion was more productive.

“This is a tool we already use as MEPs for our debates. It allows replying to speech, making the debate more dynamic, instead of having a list of people doing monologues,” Spanish socialist MEP Doménec Ruiz Devesa explained to EURACTIV.

He added that “citizens are almost satisfied with the process, and they find themselves in a very uncommon position, being part of the policymaking with politicians”.

Ninni Norra from Finland told EURACTIV that “we are having more and more substance-based debate and less about the procedure. As a result, we are actually tackling political questions.” However, she believes that it will be more challenging to manage the conference’s process with the ongoing war in Ukraine.

Antonis Kourra from Cyprus said he believes improvements occurred in the discussion, compared to previous meetings “Sessions were really focussed on recommendations this time, on which we received important inputs from politicians”.

He added he was disappointed by the speech from MEP Gunnar Beck (Identity and Democracy Group) who called CoFoE “a democratic farce”, claiming he was trying to delegitimise the entire initiative.

Beck said that the citizens involved were only “EU friendly people” and with just 800, were not representative of the 447 million EU citizens in the same way that elected MEPs were.

Other similar meetings in Strasbourg will take place between March and April, before the final event, which will occur on 9 May.

In the meantime, EU institutions, together with citizens, are trying to understand how to implement and absorb citizens’ recommendations in EU policymaking.