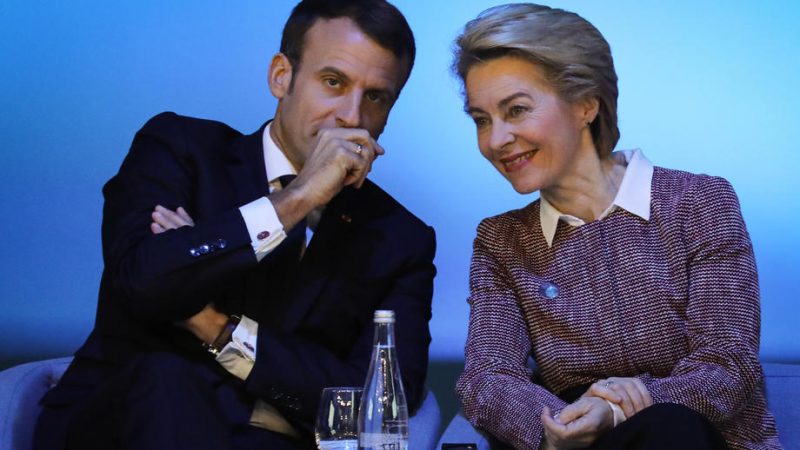 “This approach may end up in a backlash considering that MEPs are supposed to be independent,” a source said. [EPA/ LUDOVIC MARIN]

A failure to pass the von der Leyen commission in Parliament would create a crisis of unprecedented proportions for the European Union. EURACTIV has learned from different sources that a lot of discrete efforts are being deployed to avoid such a scenario.

On 16 July, Ursula von der Leyen was confirmed in a secret ballot as the new Commission president thanks to only nine votes. A vote for the entire von der Leyen Commission may take place as early as 27 November but this time it will not be secret and EPP, S&D and RE would like to minimise risks.

In July, von der Leyen obtained 383 votes, just nine above the minimum of 374 votes necessary. Together, the EPP, S&D and RE have 442 MEPs, and it was assumed that in all groups there must have been rebels (some MEPs from these groups made no secret that they voted against her).

At that time, sources from the S&D group estimated that 75% of the centre-left MEPs have supported von der Leyen.

EU lawmakers across political groups of the European Parliament have confirmed to EURACTIV.com that they have been under pressure, or that they are aware of such pressure, by officials from the Parliament, the Commission and the EU Council, to vote in favour of the new EU executive.

Unless there are new surprises with the Hungarian candidate Oliver Varhelyi, who has to answer written questions until 18 November, the vote is likely to take place on 27 November. The other problematic candidates, France’s new Commission pick Thierry Breton and Romania’s Adina Valean, secured the green light at their hearings on 14 November.

In the meantime, EURACTIV was informed that a number of officials representing most leaderships of the Parliament’s political groups, the Commission and the Council, have been applying pressure on MEPs with a “dissident” reputation to vote “correctly”.

None wanted to be quoted by name, citing the sensitivity of the issue. One of them, from the S&D group, told EURACTIV: “It is more than pressure”.

“People from the leaderships of the political groups in the Parliament, EU Commission and Council officials are working together to fix issues with ‘problematic’ MEPs,” another one said.

Another source said new MEPs have consulted with the ones having already served in Parliament about the situation, telling them how upset they were. “This approach may end up in a backlash, considering that MEPs are supposed to be independent,” the source said.

Reportedly, the pressure from the EU Council side mainly comes from France and Spain, as Emmanuel Macron and Pedro Sánchez appear to be on the same page and attempting to influence MEPs in the French Revolution-style “directoire”, as one official who has served many years in the European Parliament called it.

If confirmed, such a “directoire” [the governing committee in France in 1795-99] would be very bad news for EU democracy.

An MEP from EPP who openly voted against von der Leyen in July told EURACTIV he hadn’t experienced pressure from his group ahead of the vote for the entire Commission. He said the general expectation was that the Commission would pass with a more comfortable majority than the meagre nine votes that confirmed von der Leyen.