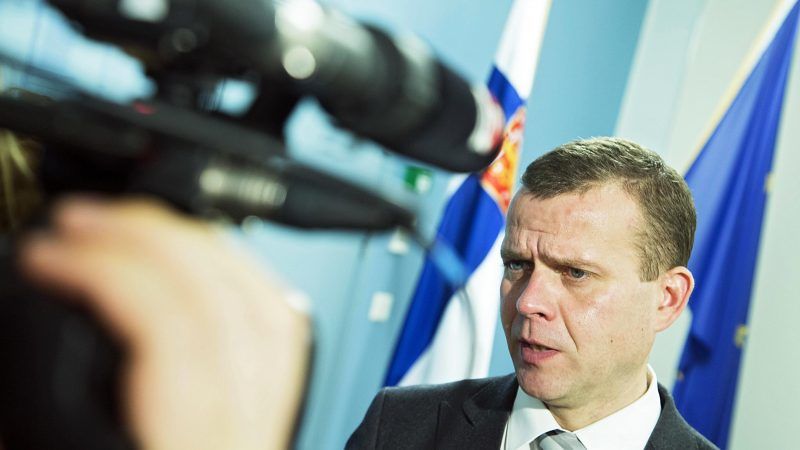 A file photo shows Petteri Orpo, at that time Finnish Interior Minister speaking to the media on the 13 November 2013. [Mauri Ratilainen/EPA]

Denmark, Estonia, Finland, Ireland, Latvia, Lithuania, the Netherlands and Sweden were referring to French proposals for deepening eurozone integration, discussion of which has been on hold pending the formation of a new government in Germany.

“Stronger performance on national structural and fiscal policies in line with common rules… should have priority over far-reaching proposals,” they said in a joint statement.

The northern countries are cautious about Macron’s ambitious plans, which include a joint euro zone budget or common finance ministry.

The group, which includes non-euro members Denmark and Sweden, said the integration plans should focus on areas where member states are already closest to a compromise, like the completion of the banking union.

“There are “nice to have” reforms, like a common finance ministry, but they do not solve the real problems. That will only be done through pragmatic steps,” Finland’s Finance Minister Petteri Orpo told Reuters by telephone.

“We should not implement quasi-reforms, but be honest and acknowledge which reforms actually fix the problems we’re facing.”

The northern group said it supports the idea of expanding the European Stability Mechanism (ESM) fund into a European monetary fund but it does not back the European Commission’s proposal on having the European Parliament oversee it.

“An EMF should have greater responsibility for the development and monitoring of financial assistance programs. Decision-making should remain firmly in the hands of Member States”, the statement said.

The EU executive has suggested transforming the euro zone’s government-owned-and-run bailout fund into a European Monetary Fund in December. The idea of expanding the role of the bailout fund is backed by Germany and France.

The “Northern Lights” group, comprising the EU’s Nordic members, Ireland and the Netherlands, often joined forces with Britain to battle more protectionist traditions in France and Germany or eastern and southern states hungry for EU subsidies.

But Britain’s impending departure from the EU has prompted the group to look for new allies, such as the free-trading Baltic states.