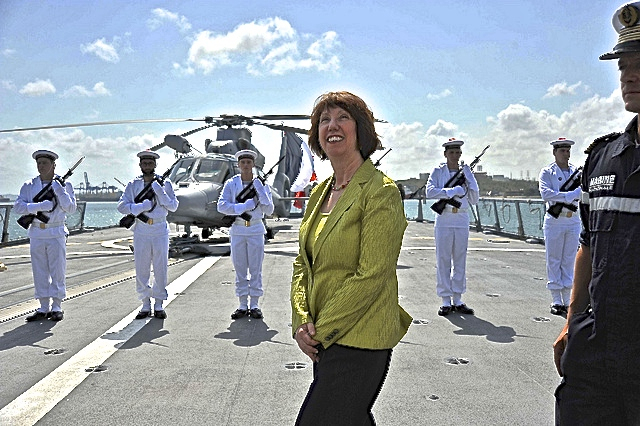 A new report by the European Court of Auditors examining the European External Action Service has found that the institution has been “inadequately prepared”, lacks resources and its tasks are “vaguely defined”.

Established in 2009 by the Lisbon Treaty, the (EEAS) debuted in 2011 under the authority of the High Representative for Foreign Affairs and Security Policy, Lady Catherine Ashton, whose mandate is winding up. The institution is a merger of different external affairs services from the Council and the Commission, comprising 140 delegations.

For the European Court of Auditors, the new service’s tasks are not clearly defined enough, and it lacks resources and organisational structure, which has undermined its efficiency, the report notes.

The external action service was created in times of financial constraints, and under conditions of uncertainty regarding the ratification of the Lisbon Treaty. The auditors criticised it for having started working with “little preparatory work” and without clearly stated objectives.

The EEAS’s reply to these remarks was not very encouraging.

“The EEAS takes note of the Court’s recommendation. However the EEAS considers that the requirements of this recommendation have already been satisfied and recommendations proposed in the EEAS Review,” EEAS spokesperson Michael Mann told EURACTIV.

Other challenges facing the EEAS are financial.

Being set up in times of budgetary austerity, the EEAS was not allocated sufficient resources, therefore creating a more difficult start-up environment, the auditors note.

“Establishing a new institution is inherently costly, even more so when the resulting body has to carry out new tasks. Indeed, the Council decided it without a resource assessment that should have taken into account […] the new demands (…)”

Moreover, recruitment procedures are “too complicated, too lengthy and too much costly,” Szabolcs Fazakas from the ECA said.

The audit established that the External Action Aervice should review its recruitment procedures as well as introduce a new financial framework for the management of EU delegations to reduce complexity and rigidity.

The special representatives of the European Union (EUSRs) abroad are another great area of concern to the auditors.

EU special representatives used to be appointed by the Council and were instrumental in coordinating foreign policy between Council and Commission. With the entry into force of the Lisbon Treaty, the high representative only can appoint EUSRs.

However, the auditors have found that EUSRs are not sufficiently integrated in the EEAS.

"Overall, the Court’s assessment is useful and its main recommendations correspond with what we have already identified in last year’s EEAS Review. The final result is balanced and the Court acknowledges thework of the EEAS, its achievements as well as the challenges it has faced."

The Lisbon Treaty created a new EU foreign affairs chief, the High Representative for Foreign Affairs and Security Policy who is simultaneously Vice President of the European Commission. The HR/VP is supported by a new diplomatic corps, the EEAS. These changes brought an end to the former ‘troika’ mechanism which had conducted EU foreign policy during the previous two decades.