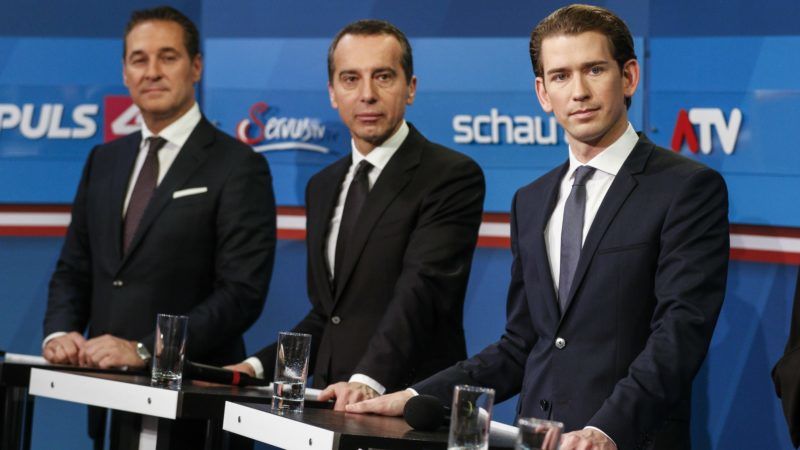 Austria’s political “whizz-kid”, Sebastian Kurz is on course to become Europe’s youngest leader at just 31, likely in coalition with the far-right, after his conservative party was projected to come first in elections.

The race for second place is expected to be decided by the count of the postal ballots.

Will decline of EU Social Democrats continue in #AustriaElection or can they catch a break with their youthful candidate #Kern? pic.twitter.com/zHV4sW7yyO

The bulk of postal ballots – which amount to roughly a sixth of ballots cast – should be counted by Monday evening but a final count might not be available until Thursday. A record number of postal ballots, more than 889,000, were issued ahead of Sunday’s election.

In Austria those ballots can be cast by post or in polling stations. They can also be cast in polling stations other than where a voter is registered. In that case, the ballot must then be sent to the voter’s home district, which is why a final count might not be available until Thursday.

Media say that Kurz, nicknamed “wunderwuzzi”, is expected to form a coalition with the anti-immigration FPÖ of Heinz-Christian Strache, 48. 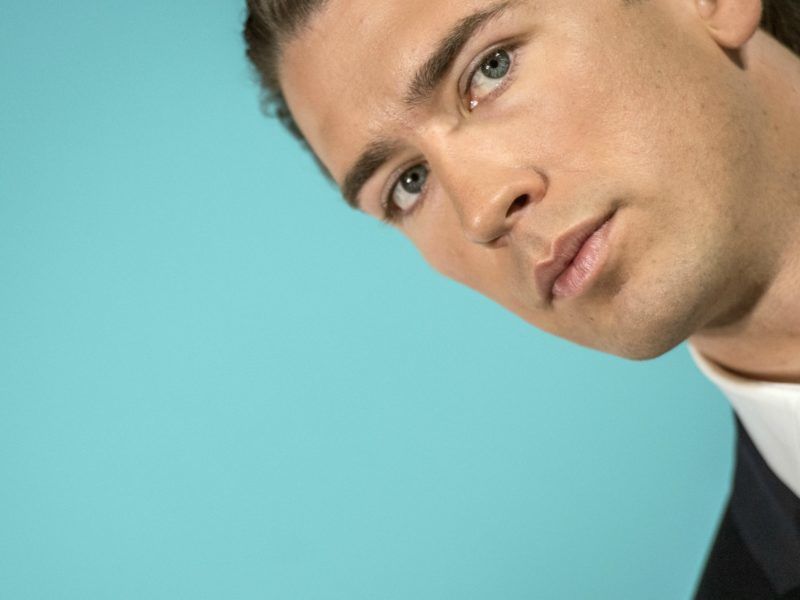 Austria's 'Wunderwuzzi' on course for election win at just 31

It would be the first time it has entered government since 2000, when it did so under Jörg Haider.

Amid servings of sausages, beer and white wine spritzer, Kurz’s acolytes at the ÖVP election celebrations sounded enthusiastic about working with the anti-immigration Freedom Party, which got around 26 percent, within a whisker of the Social Democrats.

“ÖVP-FPÖ is better than anything else, even if it’s not perfect,” said Kurz fan Florian Zierler, a 21-year-old software developer.

“The economic programme of the FPÖ is similar to that of the ÖVP but they (FPÖ) are still hammering foreigners hard in their statements and that’s not in order,” Zierler said.

Another option for Kurz would be another “grand coalition” with the SPÖ, but after 10 acrimonious years governing together – which was ended early by Kurz in May – this is seen as less likely.

“Neither a coalition with the FPÖ nor one with the SPÖ has been agreed,” Kurz told broadcaster ORF when pressed on his plans. “We have to wait for the result.”

The FPÖ’s return to power in the wealthy EU member would be a fresh headache for Brussels as it struggles with Brexit and the rise of nationalists in Germany, Hungary, Poland and elsewhere.

Like the Alternative for Germany (AfD) party, which last month became the third-largest party in the Bundestag, and France’s National Front, the FPÖ has stoked concerns about a record influx of migrants into Europe.

The party was founded by ex-Nazis in the 1950s – Strache flirted with neo-Nazism in his youth – and is highly critical of the European Union. It wants EU sanctions on Russia lifted.

As a result, this man here, Heinz-Christian Strache, is likely to be the next Vice-Chancellor of the Austrian Republic. 3/ pic.twitter.com/cbys12T7L1

In December, the FPÖ almost won the presidency and topped opinion polls in the midst of Europe’s migrant crisis.

But since taking over the ÖVP in May and re-branding it as his personal “movement”, Kurz has stolen some of Strache’s thunder by talking tough on immigration and criticising the European Union as well.

Meanwhile, the once-mighty SPÖ looked set to be relegated to the opposition after their campaign suffered blunders and scandals.

Open dislike between ex-railway chief Kern, 51, who gave his party fresh hope when he became chancellor in May 2016, and Kurz, also makes any new attempt at ruling together seem unlikely.

But for some voters, the prospect of a far-right alliance is problematic.

“I’m not sure that we really need big changes,” Tina Ernest told AFP at a Vienna polling station Sunday.

“I would say that in Austria we still live in paradise.”

Kern, in office since last May, issued a final warning Saturday against a right-wing alliance, saying “Austria was at the most important crossroads in decades”.

The ÖVP and FPÖ already shared power between 2000 and 2007. At the time the alliance with the far-right – then led by the late, SS-admiring Haider – ostracised Austria (see background).

But there would not be the same backlash now owing to the “normalisation of the far-right in Europe since then,” said expert Pepijn Bergsen at the Economist Intelligence Unit.

Austria’s far-right has recently peaked over the presidential vote, which was ultimately won at a repeated second round on 22 May 2016 by Norbert Hofer, running as independent (from the Green party). FPÖ candidate Norbert Hofer obtained 46.2% of the votes.

Some 6.4 million people were eligible to vote in the closely-watched ballot which is expected to be a tight race.

“The way Kurz goes about things is what has captured people’s minds”.

For his turquoise movement, Kurz drew young candidates from outside politics and vowed to put “Austrians first” again.

As foreign minister, Kurz claims credit for closing the Balkan migrant trail in 2016, earning him praise at home.

Pushing far-right themes, he wants to cut benefits for all foreigners, slash Austria’s red tape and keep the EU out of national affairs — in common with Strache.

Experts say a right-wing government could turn Austria into a tricky partner for the bloc.

Vienna will hold the EU’s presidency in the second half of 2018, just when Brussels wants to conclude Brexit talks.

“The Freedom Party as a government partner will not make a good impression in Europe (and) Kurz is aware of that,” commented Der Standard newspaper in its weekend edition.

“But the question is whether there is any getting around Strache after this election.”

One response to “EU holds breath after Austrian vote”