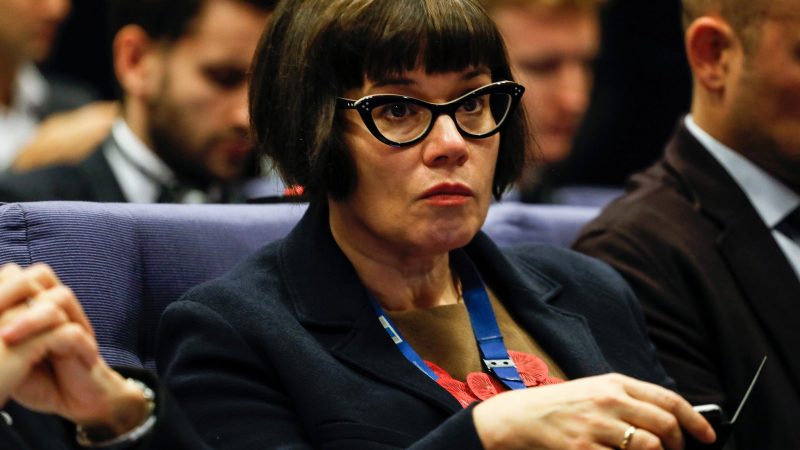 On Wednesday, the European Commission announced a slew of appointments, with three new faces set to head important departments in the EU executive.

Michel Barnier’s deputy Brexit negotiator, Sabine Weyand, will lead the trade directorate from 1 June, a decision that elicited praise from her former French boss, as well as from Swedish trade Commissioner Cecilia Malmström.

Malmström tweeted that she was “happy to welcome” the German official, while Barnier said it had been a privilege to work with her “during extraordinary negotiations”.

Weyand’s name had in fact made the rounds in Brussels during top job discussions. Her close working relationship with Barnier had led to suggestions she would have an important position in a potential Barnier-led executive, even as secretary-general.

She is no stranger to trade policy, having advised former trade boss Pascal Lamy and has served as deputy director general of the department before her secondment to the Brexit taskforce.

It means that as of next week EU trade policy will be helmed by five female managers: Malmström, Weyand, a head of cabinet and two deputy DGs.

Jørgensen has a strong background in trade and competition policy, so her elevation to the energy job has prompted speculation that the bloc’s power games will become more global and anti-trust-orientated as of the summer.

Vestager is currently in the running to be named Jean-Claude Juncker’s presidential successor.

The Commission is committed to having 40% of top management positions held by female employees by the end of its mandate, but as both women are already included in those figures, the EU executive remains just below its goal.

The European Court of Justice also revealed a cohort of new judges, most notable of which was the appointment of Johannes Laitenberger, currently the head of the Commission’s competition department and a former chief spokesperson for the executive.

A spokesperson told EURACTIV that the Commission “congratulates Johannes on this appointment to the General Court, which is a recognition of his outstanding qualities and also more generally of the quality of our top management”.

In terms of Laitenberger’s replacement at the competition directorate, the spokesperson said that he will continue in his job until September and the college will make a decision “in due time”.