Donald Tusk chairs the summit, which started in the form of a dinner. [Council newsroom]

As morning broke on 1 July, EU leaders were still unable to reach consensus over the distribution of top European jobs as conservatives from Central and Eastern Europe rejected a plan, endorsed by Angela Merkel, that would have installed Socialist Frans Timmermans at the helm of the new Commission.

The first attempt at reaching agreement over the designation of the new heads of EU institutions failed on 21 June.

The Presidency of the European Parliament is also open but follows a separate track, as newly-elected MEPs are expected to elect their new chief during the Parliament’s inaugural plenary session on Wednesday (3 July). 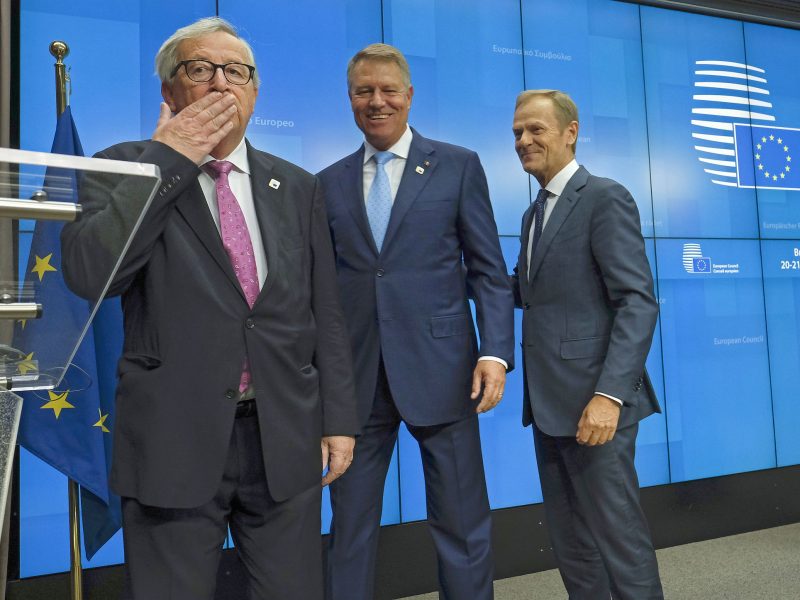 EU leaders wrapped up a two-day summit on a low note on Friday (21 June), having failed to agree on the distribution of the EU’s top jobs for the next five years.

Over the weekend, the leaders from Germany, France, Spain and the Netherlands met on the sidelines of the G20 summit in Osaka in an effort to break the deadlock.

The group, representing Europe’s three largest political families (the EPP, the Socialists and the Liberals) agreed that the Commission job should ideally be assigned to Frans Timmermans, the socialist candidate.

As part of the ‘Osaka deal’, the EPP would obtain the European Parliament and the EU’s foreign policy chief post, while the Liberals would get the European Council Presidency. 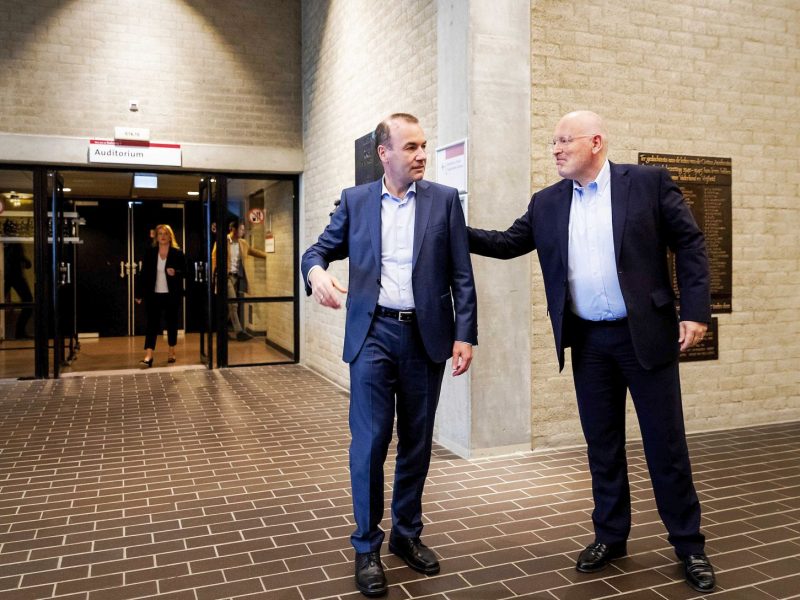 The Osaka deal was seen as a major concession from German Chancellor Angela Merkel on behalf of the centre-right European People’s Party (EPP), which came out as the strongest party in the European Parliament after the EU elections on 26 May.

However, the EPP refused to accept the Osaka compromise and repeated that their “Spitzenkandidat” Manfred Weber won the elections and must be given the Commission presidency.

The rebellion against Merkel reportedly took place after she left an EPP meeting held in preparation for the EU summit yesterday. “Merkel represents Germany, not the EPP,” said Paulo Rangel, the Portuguese vice-President of the EPP.

Antonio Tajani, the outgoing President of the European Parliament who is also from the EPP, said it would be “impossible” for the centre-right to vote for a socialist candidate, saying this would go against the will of the people.

“For us, Spitzenkandidat means the candidate of the political force that wins the election,” Tajani said after meeting with EU leaders.

For the EPP, giving up the Commission Presidency would come at such a high price that other parties might not agree to it, EURACTIV understands.

Tajani also said that the European Parliament will hold a vote on Wednesday to elect their new president, irrespective of whether EU leaders reach a compromise on the new Commission chief.

The European Parliament is meant to hold a vote of confidence on the new European Commission President designated by EU leaders during a plenary session in mid-July.

“For me it is very important to avoid an inter-institutional conflict between the Council and the Parliament,” Merkel told reporters before heading into the Council meeting room. 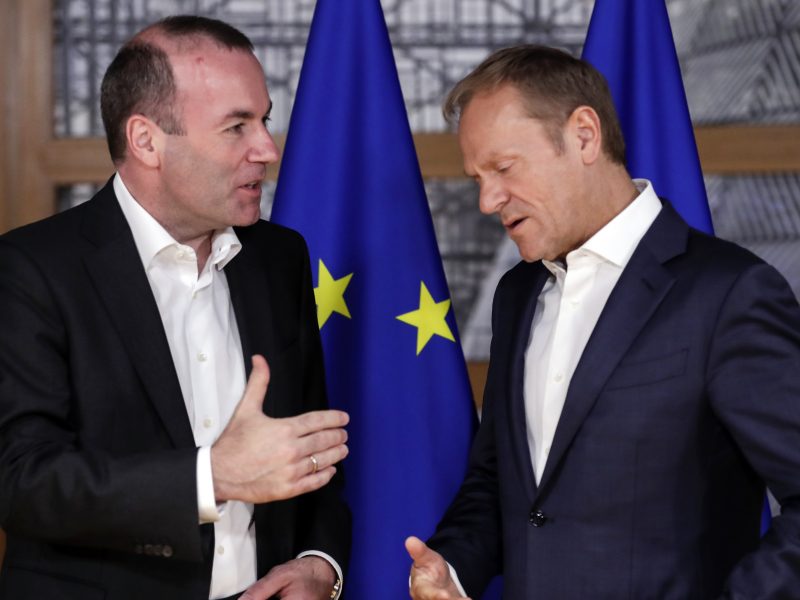 EU member states risk plunging the blog into an “institutional crisis,” should they decide to abandon the Spitzenkandidat process of selecting the next President of the European Commission, a senior EPP source has told EURACTIV.

Divisions in the EPP

It was the staunch opposition to the tentative agreement reached in Osaka that postponed the start of the summit for nearly three hours yesterday, as various leaders tried to unblock the stalemate in face-to-face talks.

A national diplomat said that divisions within the EPP family were partly responsible for the lack of progress.

As EPP leaders continued to hold their line, Tusk suspended the summit at around 11.00 pm for bilateral talks with EU leaders. Those talks carried on for nearly five hours.

Bulgarian PM Boyko Borissov met with the socialist lead candidate Frans Timmermans in the Bulgarian Permanent Representation and told him that a compromise was taking shape, according to which the Dutchman would get the Commission top job, and Weber the Parliament job. A two-minute video was posted on Borissov’s facebook page.

But the announcement may have been premature.

Varadkar had been one of the most vocal critics of the “Osaka compromise”, together with the Visegrad Four (Poland, Hungary, Czech Republic and Slovakia). Diplomatic sources told EURACTIV that this trio was “strange” because Varadkar had no ambition whatsoever to leave his job as head of the Irish executive.

“There were so strong elements in the package deal supported by Socialists and Liberals that they will probably stand for quite a long time,” an EU diplomat told reporters during the night, referring to the Osaka deal.

An EU diplomat admitted that “EU leaders are conscious of the fact that it would be preferable to have a pick tonight” to avoid being place before a fait accompli by MEPs later this week, with the election of a Parliament president other than Weber.

“The vote scheduled for Wednesday could bring considerable changes to the package deal,” the EU diplomat said.

Another difficulty is to fill the positions of European Council President and High Representative with a candidate representing the centrist group Renew Europe, and ensuring gender balance.

Reportedly, one of the possibilities being discussed is to agree only on the position of Commission President and leaving the unfinished work for a subsequent summit.