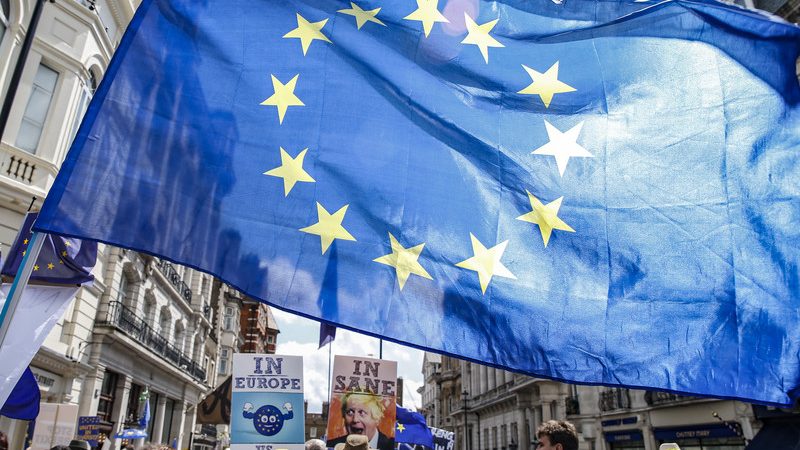 A majority of Europeans have a favourable opinion of the EU’s handling of the COVID-19 pandemic, a recent study by the Pew Research Center, conducted before the continent began facing a second wave, has found.

The US-based think-tank surveyed 14,276 adults from the US, Canada, Belgium, Denmark, France, Germany, Italy, the Netherlands, Spain, Sweden, the UK, Australia, Japan and South Korea between June and August.

Positive ratings were stable or higher in almost all EU countries, ranging from a 73% high in Germany – the highest figure recorded there since Pew first conducted a survey on this matter in 2004 – followed by Denmark (70%) and Spain (68%) and the lowest rating coming from Italy (58%).

Nearly a year after leaving the bloc, 60% of UK respondents had a favourable opinion of the EU, also an all-time high for the country

At the same time, more than half of the respondents in nearly every EU member state expressed confidence in the leaders of the EU’s two perceived leaders, German Chancellor Angela Merkel and French President Emmanuel Macron.

Confidence in Merkel’s leadership had increased significantly since last year in Germany, where it was up by 7%, the Netherlands (+6%) and Italy (+6%), while in Spain it reached a historic high with 72% approval, Pew said.

Trust in British Prime Minister Boris Johnson, who has overseen his country’s Brexit transition out of the European membership organization, was much more limited, Pew found.

Across the eight EU countries surveyed, a median of 36% had confidence in him to do the right thing regarding world affairs. In the UK itself, confidence in Johnson, at 51%, was lower than confidence in Macron (64%) and Merkel (76%).

The report also found connections between age and viewpoints of the EU, where those between the ages of 18 to 29 were more likely to view the EU favourably across most of the continent, compared to those 50 years and older.

Additionally, people with a university degree and those who identified themselves as more ideologically left were more likely to view the EU favourably.

Despite the fact that Europe imposed some of the strictest measures to control the spread of the COVID-19 pandemic, including full national lockdowns and severe travel restrictions, the poll found citizens in most EU member states “approved not only of their national governments’ response to COVID-19, but also of how the EU had handled the outbreak.”

Across the eight EU member nations, 61% of respondents approved of the bloc’s efforts, with approval highest in Germany and the Netherlands (both 68%) to the lowest ratings in Belgium (51%) and Italy (54%).

At the same time, most European respondents, however, believed that their own country’s handling of the pandemic had been better than the EU’s performance.

In the UK, more people (64%) approved of the EU’s handling of the health crisis than of their own country’s (46%).

Outside of Europe, four out of five non-Europeans surveyed in Canada, the US, Australia, Japan and South Korea — held a positive view of the EU, with Japan being the only exception where less than half (47%) of respondents held a favourable opinion of the bloc.