European Union leaders meeting over migration later this week will agree to further tighten their external borders, give more support to Libya and look at creating “disembarkation” centres outside of their territory for people who arrive by sea.

But a draft of their statement showed no agreement on distributing asylum seekers around the bloc, a measure strongly opposed by the Visegrad countries (Poland, Hungary, the Czech Republic and Slovakia).

With anti-immigration politicians raising the stakes in EU countries from Germany and Austria to Italy and Hungary, the bloc is seeking more ways to curb Mediterranean arrivals. 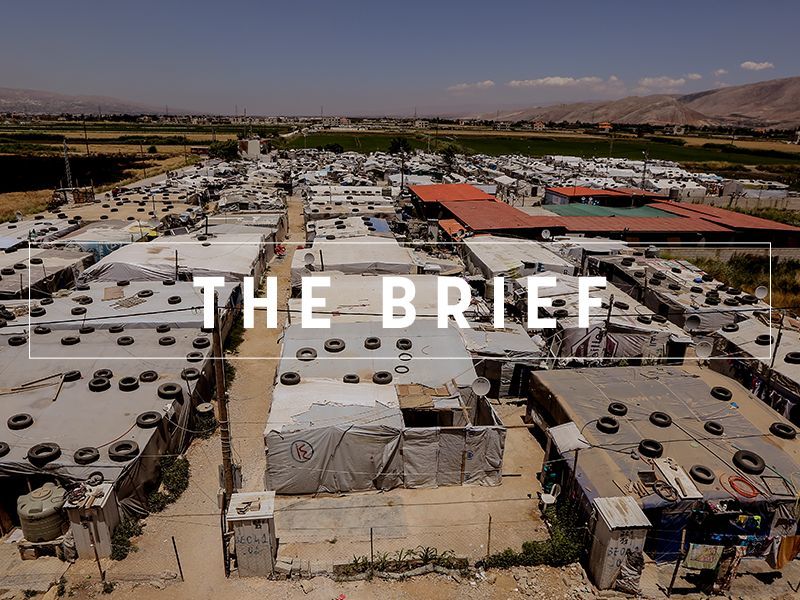 The Brief – A fence across the Mediterranean

The mini-summit of 16 held in Brussels on Sunday was like a workshop in which pupils were asked to find an easy solution to a difficult problem: in this case, how to respond to the refugee crisis.

Arrivals have already dropped to some 43,000 refugees and migrants so far this year from a peak of more than a million in 2015, according to UN data. But the related political crisis is still high inside the EU.

“A precondition for a functioning EU policy on migration is effective control of the external borders,” the leaders will agree during their talks in Brussels on 28-29 June, according to the latest draft of their joint statement.

To that end, they will seek to beef up the European Border and Coast Guard by giving it more resources and a stronger mandate. They will also assign more funds to Libya, including for training its coast guards, and other countries in Northern Africa. EU states Italy, Greece and Spain, where most migrants arrive, will also get more support, said the document, reviewed by Reuters.

The bloc will try to step up deportations of failed asylum seekers and expand the EU-financed programmes for voluntary returns from Libya to further south in Africa that UN agencies are carrying out.

The leaders will seek a migration deal with Morocco and look into setting up “regional disembarkation platforms” outside of the EU where the bloc would assess asylum claims and hold those whose requests fail before they are sent back.

“Such platforms should allow for rapid and secure processing to distinguish between economic migrants and those in need of international protection, in full respect of international law and without creating a pull factor,” the document said.

The EU will agree to spend another €3 billion on Syrian refugees in Turkey, with a third of the sum coming from member states directly and the rest from the bloc’s joint coffers. Funds for Turkey helped convince Ankara to shut the main route used by more than one million migrants and refugees in 2015.

In a bid to address an ultimatum by German Chancellor Angela Merkel’s junior coalition partner, the EU summit will look at “secondary movements” of asylum seekers across the bloc. EU rules require asylum seekers to remain in the country where they first apply, but in practice this has proven impossible to enforce in the bloc’s border-free Schengen zone.

“Member States should take all necessary internal legislative and administrative measures to counter such movements and to closely cooperate amongst each other to this end,” the 28 leaders will say.

But, since they failed to agree on how to work together to restrict such movements, Merkel said after an emergency meeting of sixteen EU leaders on migration on Sunday that Berlin would seek bilateral accords to that end.

Merkel’s conservative Bavarian allies, the Christian Social Union (CSU) agreed to give her a few days’ of breathing space to find a pan-EU solution on migration, following a row over immigration that threatens to scupper her three-month-old coalition government.

Plans to redistribute asylum seekers across the EU have been blocked by nationalist governments in the Visegrad countries, which portray such plans as an existential threat even though they have been asked to accept relatively tiny numbers.

Council President Donald Tusk, who will chair the summit, was in Paris yesterday (25 June) to prepare the ground with French President Emmanuel Macron.

On 22 June, Tusk also visited Budapest, one of the anti-immigration strongholds.

In Budapest with PM Orbán to discuss migration and our June #EUCO next week. pic.twitter.com/h3VuSuqmCm

Hungary’s foreign minister Péter Szijjártó said the summit was unlikely to produce a meaningful agreement: “We are more and more who represent a rational position on migration for sure but I’m not quite sure there is going to be any agreement,” Szijjártó told Reuters following a speech in London.

Hungary recently adopted a so-called ‘Stop Soros’ legislative package, forbidding among other things NGOs to help migrants. The Council of Europe Venice Commission and OSCE published yesterday a joint position stating that the package should be repealed.