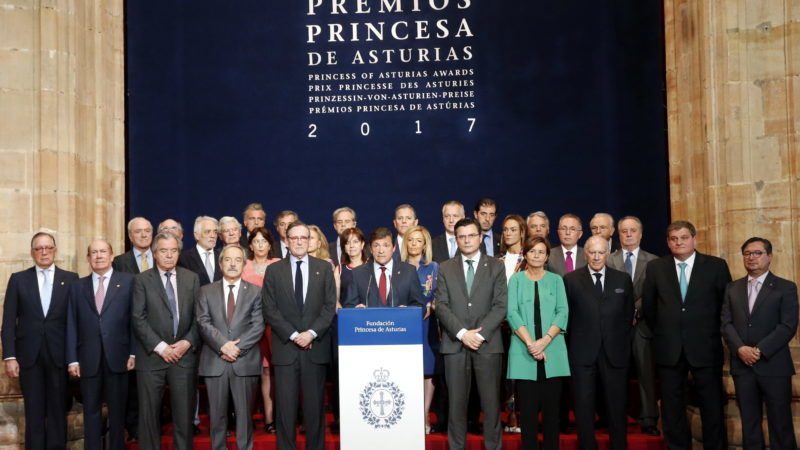 The European Union has won the coveted Princess of Asturias Award for Concord, otherwise known as the Spanish Nobel Prizes. The man behind the EU’s nomination, Socialist MEP Jonás Fernández (S&D), told EFE that he wanted to “raise morale” at a time of crisis.

With Brexit in the spotlight and populist threats circling the EU ship, Fernández decided to submit the EU as a nominee for the award to the Princess of Asturias Foundation, coinciding with the bloc’s 60th birthday celebrations.

In his submission in late March, Fernández wrote “there is no greater example of concord than peace. But not an abstract, rhetorical, ideal or future peace; rather, a tangible, material and daily peace that has characterised the European community since 9 May 1950″.

He added that “in addition to the achievement of international civil peace, the European Union embodies a project that promotes democracy and human rights, and it is the region of the world that best protects individual freedoms”.

The young S&D group lawmaker also said that the award would help “renew the confidence of citizens in the project”.

Fernández told EFE that when lobbying for the EU to receive the award he received the support of dozens of politicians, business leaders, ambassadors and personalities from the arts and civil society.

The Spanish MEP, who is a member of the European Parliament’s Committee on Economic and Monetary Affairs, said he hopes the ceremony in October can function as a symbolic “relaunch of Europe”.

“This award recognises the values of the European project that, although tarnished in recent years, remain our beacon and are principles on which we base ourselves in order to overcome the economic crisis, respond to the refugee crisis and provide security to our citizens,” he added.

The head of current European Parliament President Antonio Tajani’s cabinet, Asturian politician Diego Canga, also ensured that the EU’s nomination had the support of the current leader of the hemicycle right from the off.

Earlier today, the three presidents of the main EU institutions, Jean-Claude Juncker, Donald Tusk and Antonio Tajani issued a joint declaration accepting the award, thanking the foundation and congratulating Spain itself for reaching three decades of bloc membership this year.

The prize was established on 24 September 1980 by the then twelve-year-old Felipe, Prince of Asturias, heir to the throne of Spain, "to consolidate links between the Principality and the Prince of Asturias, and to contribute to, encourage and promote scientific, cultural and humanistic values that form part of mankind's universal heritage." The awards are presented at the Campoamor Theatre in Oviedo, the capital of the Principality of Asturias. A sculpture, expressly created for the prize by Spanish sculptor Joan Miró, is presented yearly to the recipients of the prize.