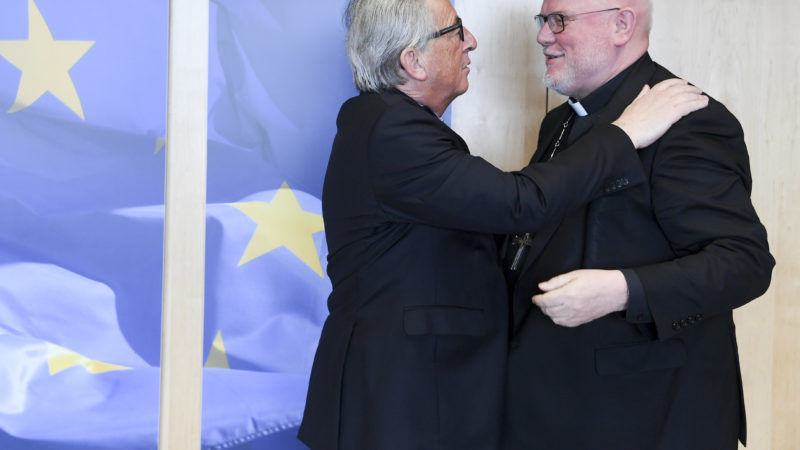 Europe’s Church leaders want to be more involved in the issues that shape and vex the European Union. EURACTIV Germany reports.

This was the result of a meeting of the Commission of the Bishops’ Conferences of the European Community (COMECE). Cardinal of Munich Reinhard Marx said on the sidelines of the conference that “in 20, 30 or 50 years, people will ask: where was the Church during the discussions about the future of Europe?”

Marx, who is also president of COMECE, and Anglican Bishop Christopher Hill, president of the Conference of European Churches (KEK), took the opportunity of the EU’s 60th anniversary celebrations to meet with Commission President Jean-Claude Juncker.

Both agreed that Europe is having to deal with unprecedented difficulties that pose challenges to all in society and that more cooperation is the answer.

European churches clearly do not subscribe to Euroscepticism. On the contrary, their statement insisted that “more than ever, we believe in the European project and are convinced that a collaborative approach based on shared values is the best way forward”. It also added that Europe contributes to a peace in the world that is not always self-evident.

Church leaders also said that special attention must be given to “the social and economic challenges of globalisation”, in order to address social inequalities at source.

In terms of the refugee crisis and the handling of asylum seekers and migrants, the Church called on Europe to act as a beacon for humanity.

Luxembourg Archbishop Jean-Claude Hollerich pointed out that the political problems relating to refugees are not solvable at national level, rather at European level. That solution necessitates the EU focusing on the causes of flight and having a strong voice when it comes to foreign policy.

Hollerich insisted that a disintegration of Europe must be prevented at any cost and that “a poor union is better than no union”.

He added that a Marine Le Pen victory in France’s presidential election would be disastrous. “If France had a National Front president, that would tear Europe apart. It would shake its very foundations,” the Archbishop warned.