Macron and Merkel, whose relationship has been shadowed by disagreements on several key issues, on Monday put differences aside to propose a €500 billion fund to help mend an economy devastated by the coronavirus pandemic.

The plan marked a major move for both sides, with Germany seen to have moved round to the French view that more flexibility is needed to ensure all of Europe — and not just the richer north — can recover from the crisis.

Under their plan, the fund will be financed by borrowing from the market in the name of the EU while the money given out will not have to be paid back.

“The love has finally returned,” said German newspaper Die Zeit. “The Franco-German motor is back again.”

French Foreign Minister Jean-Yves Le Drian told LCI television: “It’s a real electric shock that shows that Europe, in these moments of crisis, knows how to surpass itself.”

“It’s more than exceptional, it’s unprecedented. Paris and Berlin have agreed on a subject that was untouchable for the Germans until a few weeks ago,” commented Tara Varma, policy fellow and head of the Paris office of the European Council on Foreign Relations.

However, the success of Paris and Berlin in finding common ground may not be enough as the plan now has to win support from all 27 EU members.

The enthusiasm of the fiscally hawkish Netherlands remains a doubt, while Austria has signalled it was not happy that the proposal was based on grants, rather than loans that need to be repaid.

Varma said France and Germany had to find a consensus that all the European Union can embrace. 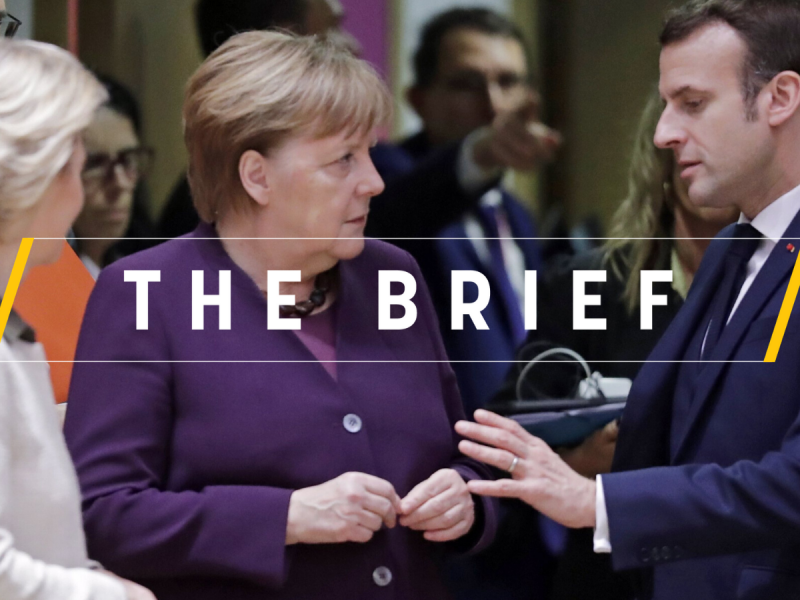 The Brief – Angela, Emmanuel, Ursula and the others

The great French actor Michel Piccoli died yesterday. He will be remembered for iconic films such as ‘Vincent, François, Paul and the others’ in which he and his co-stars impersonated characters struggling with mid-life crises.

“We must not find ourselves in a situation where we say ‘it’s still the Franco-German couple and the others are left behind’.”

A source in Macron’s entourage, who asked not to be named, argued that the French-German partnership was at its best when it was not just “showing off a facade”.

“We need to build on our disagreements,” said the source.

The relationship between France — militarily defeated by Hitler in the early phase of World War II — and postwar Germany has defined modern European history.

German chancellors and French presidents have for the past decades formed a succession of power couples.

These have included the historically symbolic relationship between postwar leaders Charles de Gaulle and Konrad Adenauer, followed by Georges Pompidou and Willy Brandt.

Then came the extraordinarily tight tandem between Francois Mitterrand and Helmut Kohl, which oversaw the fall of communism.

Most recently, the relationship between Merkel and Nicolas Sarkozy became so politically intimate they were dubbed “Merkozy” by the press.

But the Macron-Merkel tandem has sometimes been strained.

Macron has done little to hide his impatience with Germany’s unwillingness to embrace more budgetary flexibility while there have been indications from Berlin of irritation with the grandstanding of the French leader on the European stage.

‘Not a done deal’

Even now, analysts warn, it is too soon to greet the plan as a historic turning point.

France’s Europe Minister Amélie de Montchalin alluded Tuesday (19 May) to the difficulties that may yet lie ahead, noting that while eight EU states supported the plan others may need to be convinced.

“We also hope that the most frugal (states) can overcome egoisms which no longer have any place at a time when the emergency shows that none of us can go it alone,” she said.

Rémi Bourgeot, economist and associate fellow at the Institute for International and Strategic Relations (IRIS) in Paris, said the new harmony between Paris and Berlin is not “negligible” but remains fragile.

“There are a lot of important details missing… and the German government can always invoke the opposition of the countries of northern Europe.”

Le Monde warned in its editorial: “It’s not a done deal… It will take more energy for the Franco-German ‘locomotive’ to overcome the reluctance of the northern European countries.”