“Jean-Claude Juncker had to shorten his holiday in Austria for medical reasons. He was taken back to Luxembourg where he will undergo an urgent cholecystectomy (surgical removal of the gallbladder),” the European Commission said of what is normally a routine medical procedure.

The state of health of sixty-four-year-old Juncker, a former Luxembourg premier, has been the subject of rife speculation by media commentators due to his alleged drinking and smoking habits.

At the NATO summit last year, he had been struggling to keep his balance and had to be supported by other politicians during the joint public appearance, which the European Commission later said was the result of an acute sciatica attack. 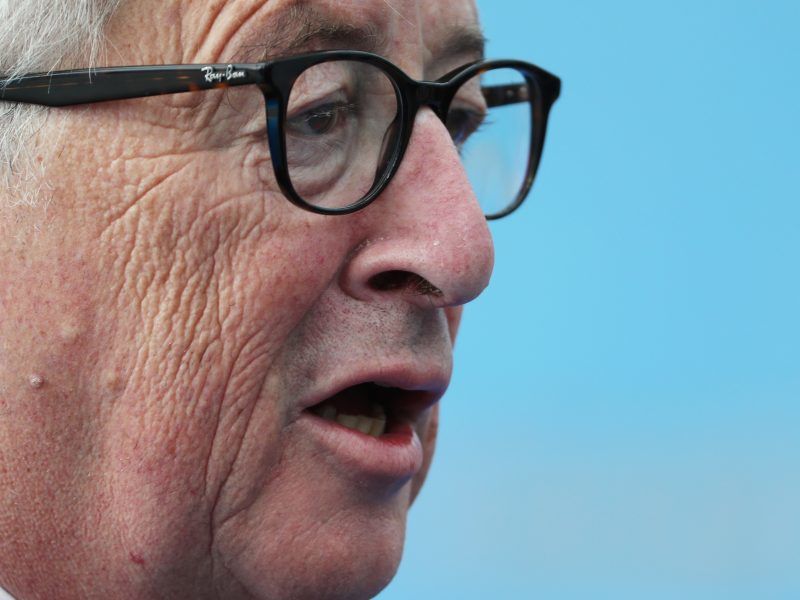 European leaders stepped in to help European Commission President Jean-Claude Juncker walk on Wednesday (11 July), as he was seen stumbling and losing his balance ahead of the NATO summit gala dinner.

His surgery throws into question his attendance at G7 Summit in French town of Biarritz next week, where leaders are set to discuss global economic challenges, climate change as well as tensions with Iran, Russia and North Korea.

He is due to step down on 31 October, the date where Brexit is scheduled to happen, as head of the Commission after having led the EU’s executive since 2014.

After the Brexit referendum in 2016, speculation about Juncker’s health was reignited when he announced he would not be seeking a second mandate. But the Conservative back then said he was “neither tired nor ill” and would “fight to the last breath for the united EU”.

He will be replaced by German conservative Ursula von der Leyen, the first woman to lead the institution that proposes EU laws, polices the economies of all members of the bloc and negotiates trade deals around the world.