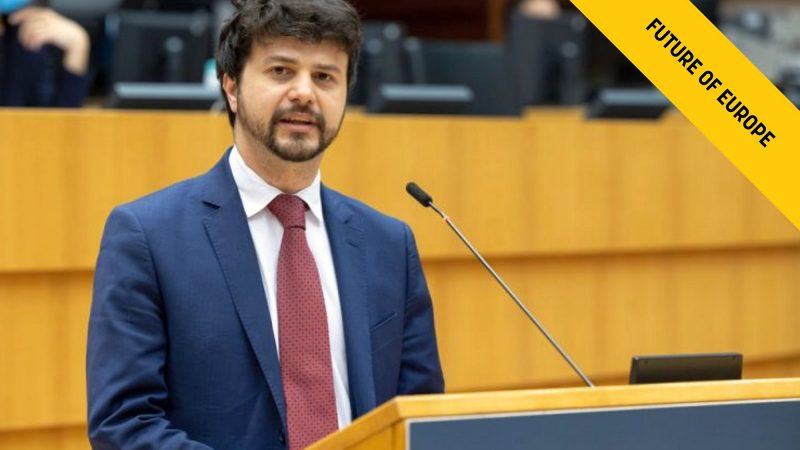 Like the Schuman Declaration in 1950, the Conference on the Future of Europe could pave the way for a reform of the EU, the Spinelli Group – which gathers federalist MEPs and national parliamentarians – with the Union of European Federalists and the European Movement International has said.

In its appeal “Our federal, sovereign, democratic Europe”, the group demands a federal Europe. While the demand itself is not new, the document has catapulted it into the mainstream after it was signed by hundreds of political and cultural personalities from all over Europe and from different political forces.

According to Social Democrat MEP Brando Benifei (S&D), president of the Spinelli Group, the initiative stems from the group’s conviction that the EU needs to change, and that action is needed now.

“Mobilisation, organisation, participation, will be the key words of the next years if we actually want to produce the change that the European Union needs,” Benifei said.

Renew Europe MEP Sandro Gozi, president of the Union of European Federalists (UEF), stressed the need “to exploit the full political potential of this unprecedented Conference”, and the appeal would kickstart a permanent dialogue with all the citizens attending the conference and with national and European parliamentarians.

“The speeches by Costa and Von der Leyen were very cautious, especially on the possible objectives to be taken as a follow-up to the conference, for example on the revision of the treaties. We need to create a strong pressure from below. We will ask to participate in the conference as NGOs: it’s a tough battle, but we have all the requirements to ask for it,” Gozi said.

Such broad support shows that after the EU’s strong response to the pandemic, the Conference on the Future of Europe has raised high expectations in European society.

A recent Eurobarometer showed that citizens understand that the EU can be an instrument for solving fundamental problems, but should be strengthened in crucial areas – such as health, security and defence, social policy – where the EU has little competences and powers.

This would require EU treaty reform, something that “shall not be taboo”, according to European Parliament President David Sassoli.

Proponents believe the appeal may at least give the European Parliament the option to use for the first time its power of initiative on treaty reform as a follow up to the conference.

One response to “Federalists: Conference on the Future of Europe could kickstart EU reform”