Finland wants the EU to become a trendsetter in the fight against climate change and a global leader when it comes to digital matters. Finland will also push for the adoption of a common migration strategy. EPA-EFE/MAURI RATILAINEN

“A sustainable Europe – a sustainable future”. This is Finland’s motto for its presidency of the European Council for the next six months. The Finnish programme seeks to achieve climate neutrality by 2050 at the latest, expand the digital internal market and strengthen military cooperation. EURACTIV Germany reports.

“We are delighted to take the helm,” said Anne Sipiläinen, the head of the Finnish embassy in Berlin, on Monday (8 July) while presenting Finland’s ambitious presidency programme.

In addition to implementing the EU’s strategic agenda and ensuring a smooth transition towards the next EU Commission, Finland wants the EU to become a trendsetter in the fight against climate change and a global leader when it comes to digital matters. Finland will also push for the adoption of a common migration strategy.

For its part, Germany is mainly insisting on EU leaders to quickly agree on the EU’s multiannual financial framework (MFF). A “partial shut-down” on 1 January 2020 needs to be prevented, emphasised Andreas Peschke, head of the European department of the German Foreign Office.

Finland wants EU member states to agree on climate neutrality by 2050, something they were unable to agree on in June. Finland wants to lead by example and is committed to making its economy climate-neutral by 2035.

This commitment can also be seen by the fact that Finland intends to have as few meetings on its home turf as possible. This would save air miles and thus carbon emissions.

“And at the meetings, which we still need to hold, we will not be preparing gifts for the guests. This will save unnecessary emissions of CO2,” Sipiläinen announced.

Finland also wants to bring the Sustainable Development Goals (SDGs) back into focus. The aim is to no longer consider SDGs as mere development policy, but rather as a key part of the EU’s “holistic” agenda.

The Finns also want to develop a common defence policy based on the framework of Permanent Structured Cooperation (PESCO). In that regard, Finland wants to emphasise issues related to artificial intelligence and digitisation for defence capabilities.

Although there is some competition with NATO on these issues since the same capacities are being discussed, NATO should be supported through increased EU cooperation, for example, with regard to military mobility, according to Sipiläinen.

Peschke said there would be close cooperation between the Finnish presidency and the German government.

“The first PESCO programmes have only just started, but from our point of view a great deal more is possible,” said Peschke.

The MFF, the EU’s long-term budget, needs to be concluded relatively hastily, according to Peschke, who hopes the Council will agree on it in October. To ensure this, Germany will support Finland in finding common ground and approving the common budget as soon as possible.

Delays could block the funding of researchers, stall cohesion programmes and restrict the EU’s ability to act. 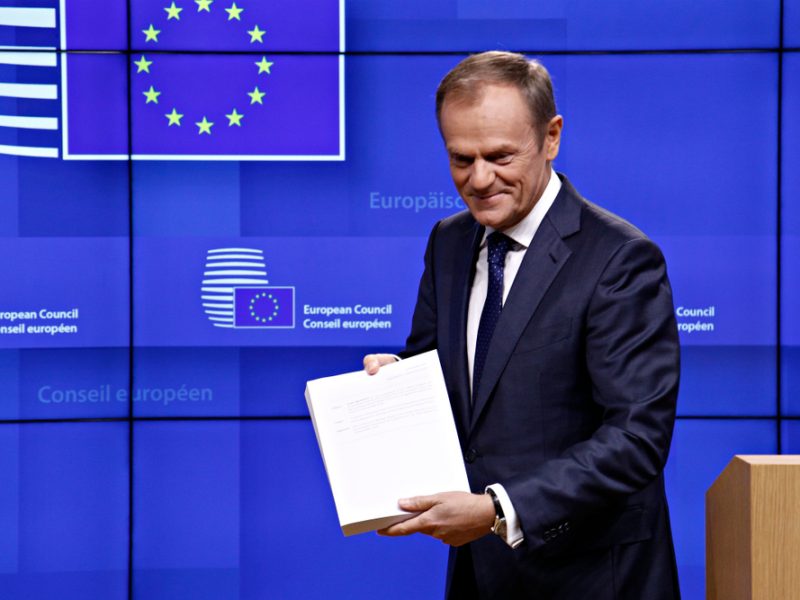 It appears unlikely that the repeatedly discussed and controversial issue of migration will make a breakthrough under the Finnish presidency, as was the case under previous  Council presidencies.

This is why Finland is expected to change its decision-making strategy by individually proposing texts that require to be adopted by consensus, rather than always proposing entire packages. In this way, it wants to move step by step towards a solution.

Yet, the Finns do not want to undo resolutions about Frontex (the EU’s border agency) that have already been tabled for adoption.

“We do not need new plans for the extension of Frontex under our presidency. It is now a matter of implementing decisions that have already been made,” Sipiläinen said. 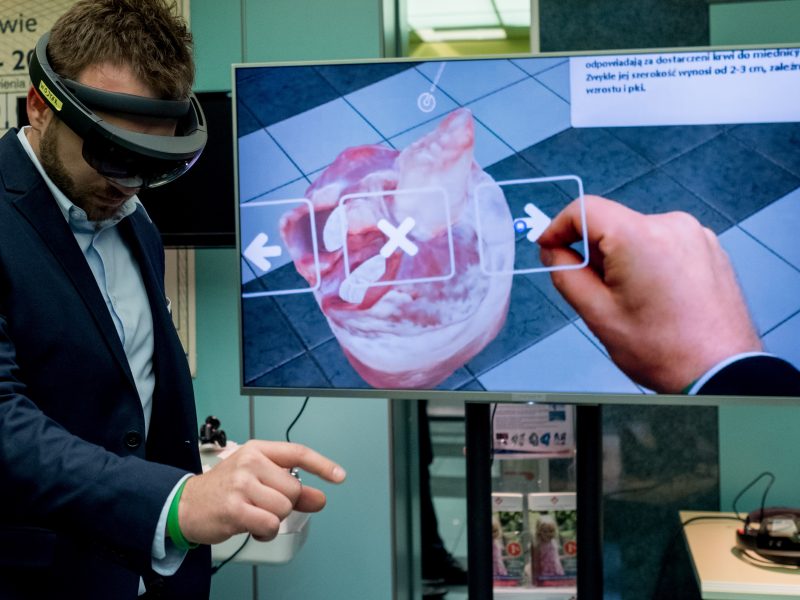 As part of his 2017 State of the Union address, European Commission President Juncker stood before the European Parliament and introduced a new Industrial Policy Strategy. His aim, he said, was to help the EU’s industries become “world leaders in innovation, digitisation and decarbonisation.”

Another focus is on digitisation, artificial intelligence, as well as a data- and platform-led economy, which Finland sees as the keys to European growth and prosperity.

“With targeted investments in research and science, Europe wants to become one of the world’s leaders,” Sipiläinen said. 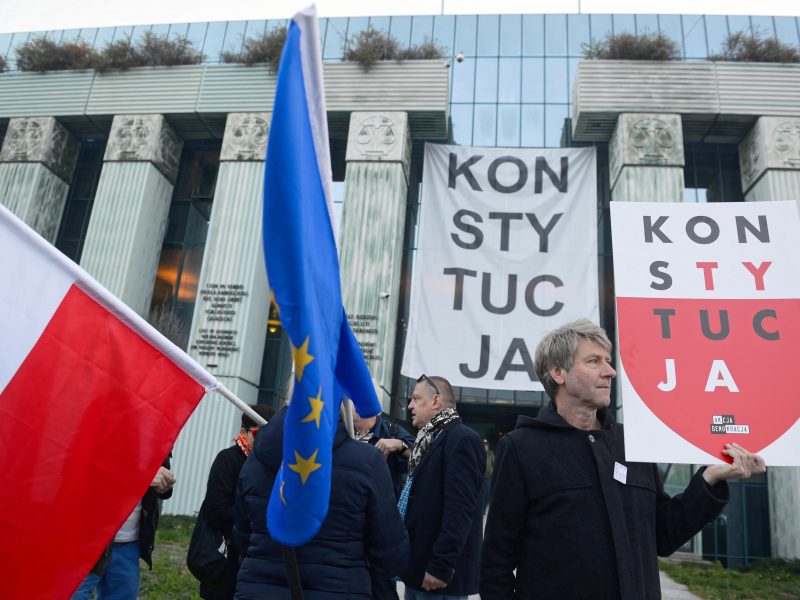 The reform of the legal system in Poland “fundamentally violates” all its elements and the government in Warsaw needs to do more to avoid “undermining public confidence in it,” the Council of Europe’s Commissioner for Human Rights said in a report published on Friday (28 June).

A key point in the next six months will be the negotiations on the so-called ‘peer review mechanism’. This was already an important issue under the Romanian presidency. The aim is to create a new instrument to strengthen dialogue between member states on the rule of law.

The next recommendations of the EU Commission on how to implement the rule of law into national law are expected to take place in spring of next year. They will mainly be about introducing the principle that EU funds can be withheld if there is a breach of the Community’s rules.

“However, peer review does not mean that we’re all looking towards Poland,” said  Bernhard Schnittger of the EU’s representation office in Germany, while Sipiläinen added that the exact frameworks of the sanctioning processes had not yet been developed. 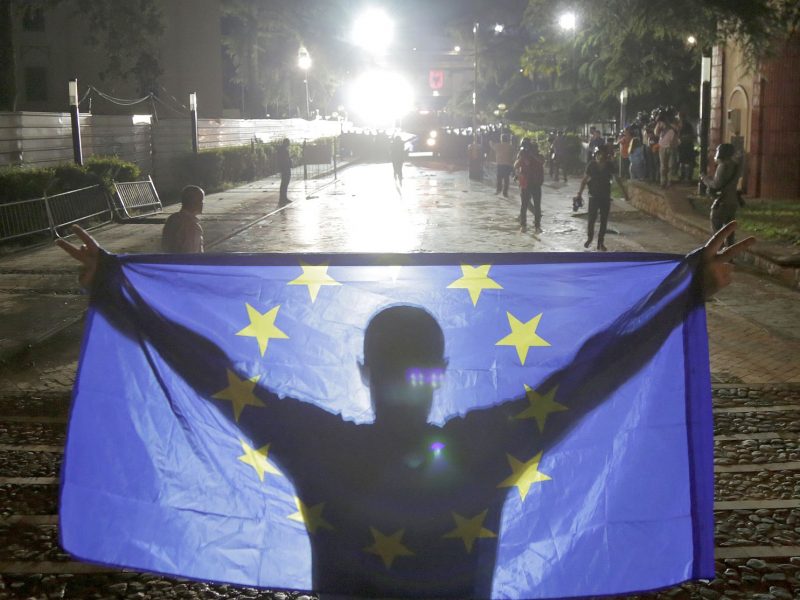 Since February, the political scene of EU hopeful Albania has been in a deep crisis and marred by protests. On Sunday (30 June), the government decided to hold the local elections even though the opposition boycotted them, leaving voters with little meaningful choice between political options.

Finland also hopes to be able to open accession talks with Albania and North Macedonia, which the EU Council postponed in June, despite a positive recommendation from the European Commission.

So there is a lot to do in the next six months – or as Schnittger put it, there is “a lot of unfin[n]ished business”.