Airbus has indicated that its model is not capable of carrying weapons and that it will be painted white with the "Frontex" label. The first tests will be carried out in Greece on the island of Crete. [{christophe Petit Tesson/EPA/EFE]

How to save lives without becoming “taxi services” for people smugglers? Charity-run rescue boats operating in the Mediterranean face a dilemma and their activity is being increasingly criticised by politicians in Europe.

Humanitarian groups have been operating rescue ships in the sea between war-wracked Libya and Italy for several years, plucking tens of thousands of migrants from dangerously overcrowded and ill-equipped boats, sometimes from the sea itself.

Organisations such as France’s SOS Mediterranée, Germany’s Mission Lifeline or Spain’s Proactiva Open Arms are driven by a logic of saving lives: without them, even more people would have perished than the roughly 1,000 dead or missing in the Mediterranean already this year.

But French President Emmanuel Macron has now added his voice to critics who see the NGOs as helping the violent gangs that make millions offering mostly African migrants a passage to Europe.

He said Tuesday (26 June) that Mission Lifeline had defied “all the rules” when it took migrants onto its boat last week when the Libyan coastguard was already intervening.

“We cannot permanently accept this situation,” he warned in comments in Rome, adding “in the end we are playing into the hands of smugglers by reducing the risks of the journey.”

The Lifeline boat with 233 migrants on board has been in limbo for days in the Mediterranean as a result of a new policy from Italy’s new populist government which has been preventing rescue boats from docking in its ports. 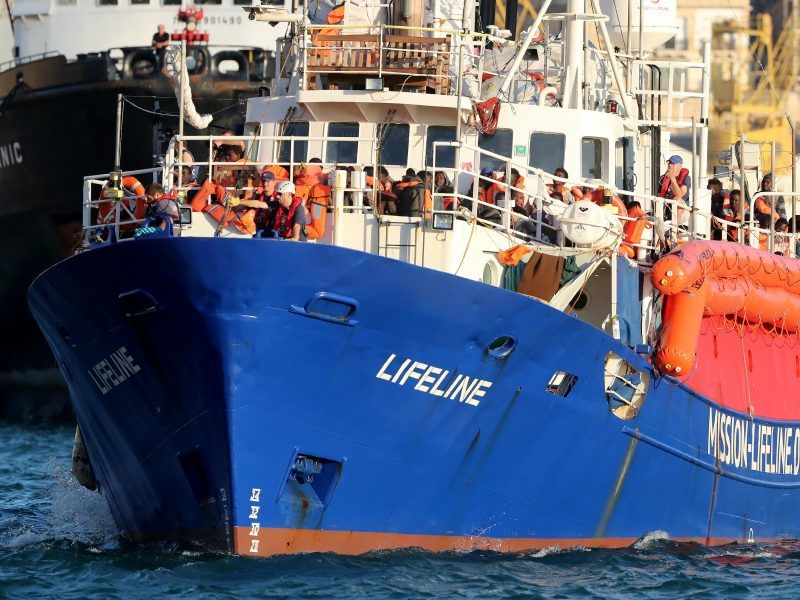 The arrival of nearly 700,000 people by boat since 2013 partly explains the rise to power of the anti-immigrant League and populist Five Star Movement, with the decision to block ports backed by a majority of Italians.

Dear @matteosalvinimi, we have no meat on board, but humans. We cordially invite you to convince yourself that it is people we have saved from drowning. Come here, you are welcome! pic.twitter.com/vPhLV4M2jO

Concerns about the charities were voiced by the EU border agency Frontex in a confidential 2016 report, which said they used powerful lights at night on their vessels which acted “as a beam for the migrants”.

Since then, politicians in Italy as well as far-right figures across Europe have regularly questioned rescue missions next to, or sometimes inside, Libyan territorial waters.

Italy’s new far-right Interior Minister Matteo Salvini has said the country “cannot be Europe’s refugee camp” and has accused the charity-run boats of operating like a “taxi service” for smugglers and migrants.

Are migrants safe in Libya?

Philippe de Botton, head of Médecins du Monde (Doctors of the World) in France, told AFP that NGOs were being unfairly targeted.

“We have a humanitarian mission to help migrants but we are absolutely not helping traffickers,” he said. “What helps traffickers is criminalising rescue operations at sea or closing borders.

“If we allowed people in before studying their cases (asylum demands), as it should be, then we would smash the business model of the traffickers,” he added.

Mission Lifeline also defended itself from Macron’s accusations on Tuesday, saying that it had not broken “all the rules”, only one: it had refused, like other charities, to hand over migrants to the Libyan coast guard.

The Libyan coastguard is widely suspected of abuses and migrants who are returned to the lawless and violence-wracked north African country face further violence, charities say.

Handing over the migrants to the Libyan coast guard — which is funded by the EU — would have “contravened the Geneva convention on refugees and been against the law,” Mission Lifeline said.

In March, Proactiva Open Arms had a boat impounded on the Italian island of Sicily after being accused of complicity in people-smuggling for refusing to hand over rescued migrants to the Libyan coast guard.

But an Italian judge later backed the charity, saying that the fundamental rights of migrants could not be guaranteed in Libya. 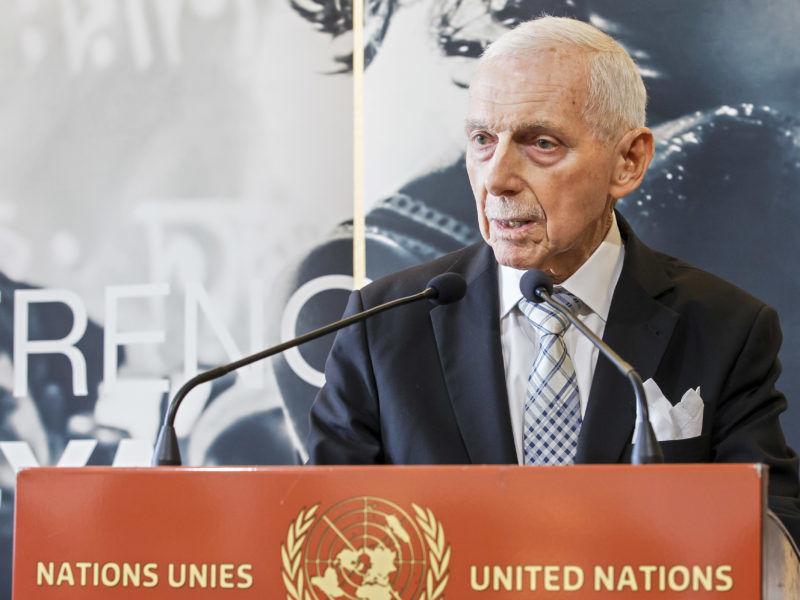 The United Nations wants Libya’s internationally-backed government to agree to shut down 30 detention centers holding 15,000 migrants, most of whom will be sent back to their countries, the head of the IOM said on Tuesday (28 November).