The Szent Gellert Ter metro station is part of Budapest's line 4, that recieved close to €600 million of which one third were misused according to EU watchdog OLAF. [Heracles Kritikos]

Germany wants to tie cohesion funds to the recipient countries’ respect for the rule of law. Emmanuel Macron would like the countries to respect a minimum tax rate before disbursing aid to regions. Is it time to change the criteria for accessing cohesion funds? EURACTIV France reports.

The French president had proposed during his speech at Paris Sorbonne University in September that all cohesion funds should be made conditional on countries imposing a tax bracket for businesses. But his proposal has not drummed up much support.

“Member states cannot take advantage of European solidarity and play dirty against each other at the same time,” he said, establishing a link between the two: “We can’t have a low tax base in countries across the bloc financed by our structural funds.”

Last spring, Germany had a go at the topic, proposing to link the distribution of cohesion funds to the rule of law. An idea that Macron also supports.

But since the European Commission launched last July a procedure against Poland’s disrespect for the rule of law, which could lead to the suspension of its vote in the Council, “the topic is a sensitive one”, said Marc Joulad, a centre-right French MEP. States frequently criticise this expensive tool, whereas the Parliament rises to its defence. 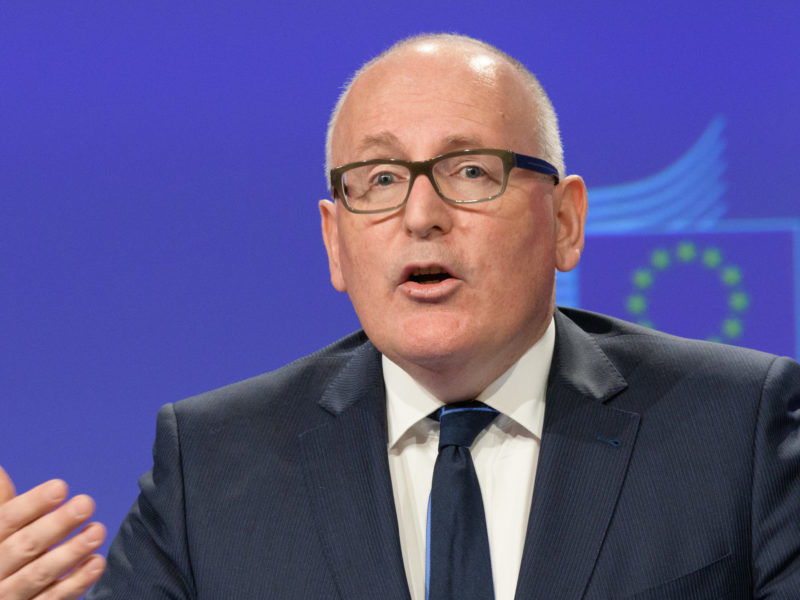 During the European Council in Tallinn, the project to impose fiscal convergence was received with scepticism, especially from Luxembourg’s Prime Minister Xavier Bettell. He was also among the first to oppose taxation on digital giants based on their turnover, a project that unites France and Germany.

Interviewed by EURACTIV.fr on the topic, EU Competition Commissioner Margrethe Vestager – who is working on fiscal competition, especially looking at Apple – seemed to appreciate the German proposal to make cohesion funds contingent on respect for the rule of law.

“It is necessary to discuss certain questions linked to this proposal. What do we do if a wealthy state, ineligible for cohesion funds, disrespects the rule of law?” asks the Danish Commissioner.

In the European Parliament, Marc Joulaud wonders whether it would be possible to change the rules for reasons that are unrelated to the economic development of poorer regions.

“Will cohesion policy become a tool at the service of other policy objectives? We have forgotten what its rationale is: growing investment across regions!” recalled Joulaud.

Europhiles are afraid that this project will deepen the cracks between eastern and western Europe. The radicalisation of governments in Hungary and Poland makes this a perfect target for their protests.

Hungary will receive €21,9 billion from cohesion funds for developing its regions between 2014 and 2020 – more than €3 billion per year.

In Poland, €77 billion will be attributed to the worst performing regions over the same period of time.

Cohesion funds can only be suspended by a qualified majority vote in the Council, and only in case of excessive public deficit.

“Member states in central and eastern Europe, and especially the Visegrad group, feel targeted but the proposition can also impact countries like Ireland. On such sensitive topics, we can’t be vague or else our partners will dig in their heels and the initiative will be counter-productive, like the dossier on posted workers proved to be,” said the MEP.

Member states – like every year- are seeking to trim the bloc’s budget by a few dozen million euros. In reality, cohesion funds will depend on the evolution of the total budget. It is necessary to first seek a solution to the question of financing the EU.

One response to “France and Germany seek to reform cohesion funds”