Nathalie Loiseau in a file photo. In her capacity as Renew Europe MEP she welcomed the fact that the FDP had “pushed for a strategic autonomy agenda”. [EPA-EFE/IAN LANGSDON]

The coalition deal struck between three parties that will form Germany’s next government is very much in line with France’s own ambitions and priorities, including its vision of a more federal EU. EURACTIV France reports.

The 24 November agreement between the Social Democrats (SPD), the Greens, and the liberal FDP, branded as “Dare for more progress – an alliance for freedom, justice and sustainability”, comes just weeks before France is taking over the rotating EU Council presidency in January.

It includes proposals for transnational lists in the European elections, a “compulsory Spitzenkandidat system”, a right of initiative for the European Parliament, respect for the rule of law, a follow-up to the Conference on the Future of Europe, and the “evolution of the EU towards a European federal state”.

Everything in the agreement seems well suited to satisfy Paris and its project for the EU-27 featured in President Emmanuel Macron’s speech at Sorbonne University in September 2017.

“It is very positive what is happening in Germany,” French MEP Valérie Hayer, the new co-chair of the French delegation of the liberal Renew Europe group in the European Parliament, told EURACTIV.

Hayer welcomed the “renewed dynamic of the Franco-German couple”, adding that “it has not always had the support it had hoped for from its historical partner”.

“France is once again ambitious on the European scene,” she said

The French foreign ministry also indicated that it wanted to “work quickly with the next German government.”

“There is a form of euphoria around this agreement since there seems to be a real willingness to govern together” on the part of the three parties, which “managed to find what they had in common,” Paul Maurice, a researcher at the French Institute of International Relations’ study committee on Franco-German relations, told EURACTIV. 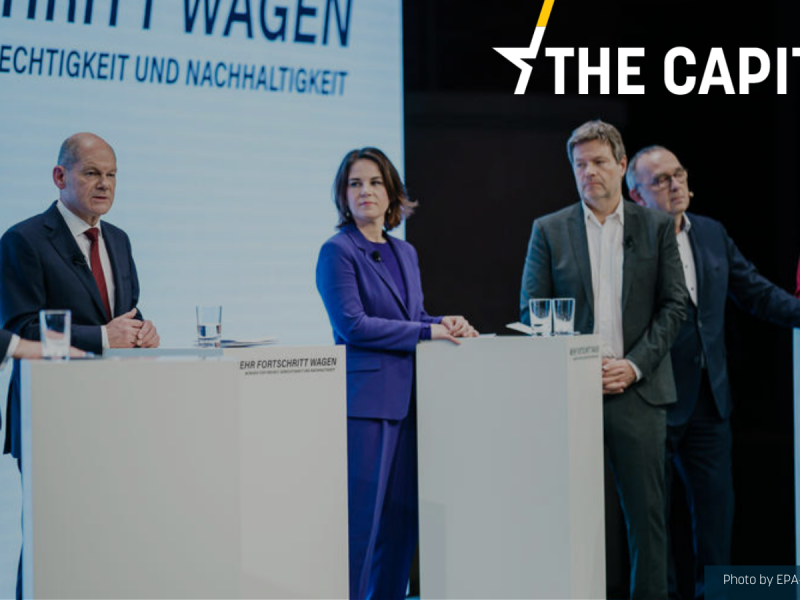 “More European federalism may also mean more manoeuvring room for France,” said Maurice, anticipating that these differences between Paris and Berlin could help Macron, who faces a presidential election in April, position himself as Europe’s leader, with German support.

The reference to greater “strategic sovereignty” for Europe was also welcomed by Hayer who said “this bodes well” for France’s upcoming EU Council presidency starting in January.

Renew Europe MEP Nathalie Loiseau also welcomed the fact that the FDP had “pushed for a strategic autonomy agenda”. This new government is both “a sign of continuity,” confirming the German people’s affection for Europe, and “a positive development”, the former state secretary for European affairs told EURACTIV.

The coalition agreement also puts a strong emphasis on Franco-German relations. “On page 136, there is mention of the Franco-German parliamentary assembly,” said a delighted MP of Macron’s La République en Marche, Christophe Arend.

“This is a strong sign that the future German government will rely on this assembly to remove possible obstacles,” the chairman of the assembly’s office told EURACTIV, calling on the French government to also take this route. 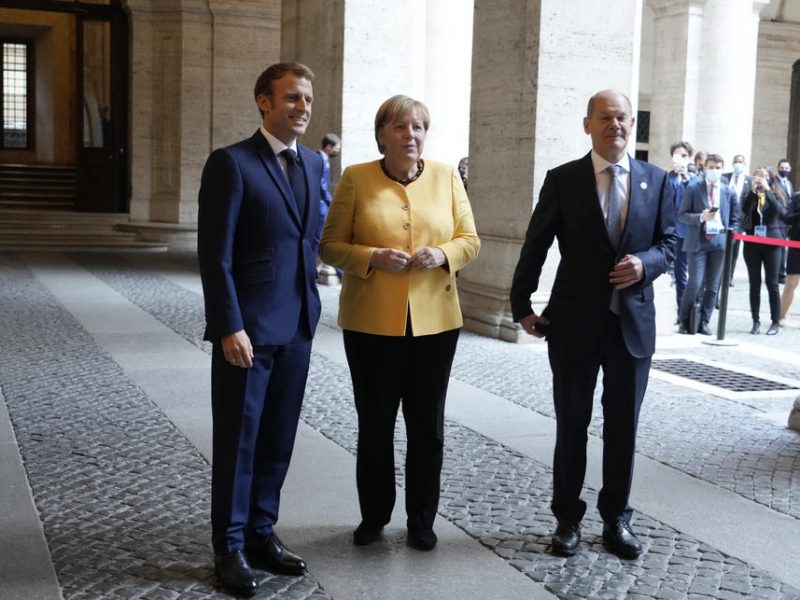 The very sensitive issue of nuclear power, a key point of disagreement within the Franco-German couple, was not directly mentioned in the agreement, which can be interpreted as a sign that Berlin wants to avoid tensions with Paris on the matter.

This does not change Germany’s nuclear phase out plans, though. The new German coalition has set itself an ambitious 80% target for renewables by 2030, without revisiting the current plan to phase out the country’s nuclear power plants.

The ‘super” economy, climate and energy ministry foreseen in the coalition agreement will go to the Greens, who Maurice noted are “still very much opposed to nuclear power.”

This is to the delight of the German Greens’ counterparts in France.

“I am waiting for this government on taxonomy. It’s very important that it works against the French, that it puts pressure on them to exclude nuclear power,” Greens MEP Michèle Rivasi told EURACTIV.

According to France, nuclear should have a place in the EU’s green finance taxonomy because it is a low-carbon source of electricity which cannot be ignored in the energy transition.

“We will consider legal action if Emmanuel Macron succeeds in imposing nuclear in the taxonomy. If climate is THE priority in Europe, nuclear is out of the question”, Rivasi warned.

But Laurence Maillart-Méhaignerie, an MP of Macron’s La République en Marche and chair of the National Assembly’s committee on sustainable development and regional planning, was more worried about “the short term”.

While the German coalition agreement shows the government’s ambition “to meet climate challenges, the challenges of decarbonisation in Germany are much more difficult than in France”, given its energy mix and dependence on coal-fired power plants, she told EURACTIV.

“[The Germans] are bothered about nuclear because the Greens don’t want it. But for the moment, we don’t see how, in the short term, we can do without nuclear power to achieve carbon neutrality,” said Maillart-Méhaignerie, noting that “with the electrification of industry, the car fleet, energy renovation,  electricity needs will increase”.

The EU is expected to decide very soon whether to include nuclear power in the taxonomy. 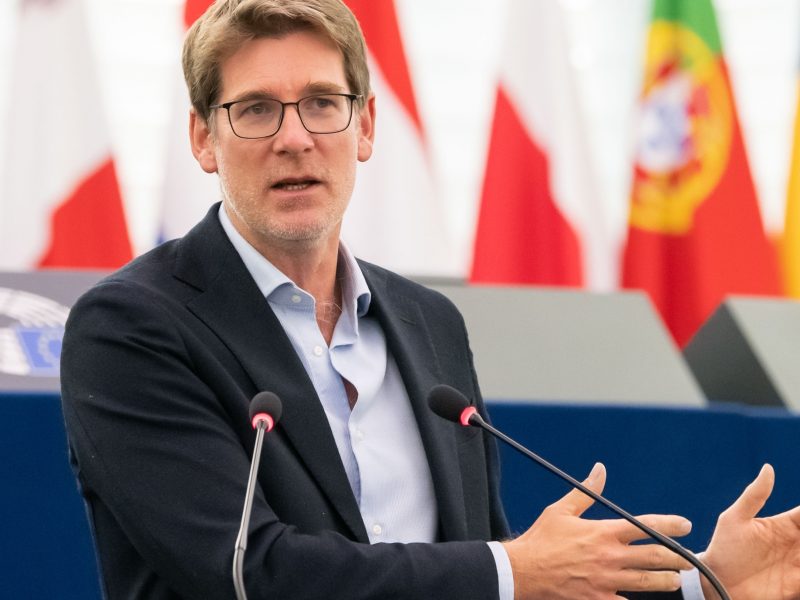