Newly-designated candidate Sylvie Goulard has an excellent pedigree on paper, but risks being attacked by the European Parliament because of a suspected fictitious employment case of her former parliamentary assistant. EPA/CHRISTOPHE PETIT TESSON

France would have preferred the competition portfolio but ultimately got the “position that counts for two” in Ursula von der Leyen’s newly-designated College of Commissioners.

Sylvie Goulard, Macron’s pick, should inherit the management of the internal market, as well as the newly-created DG for Industry, Defence and Space.

A ‘hand-sewn’ double position for France that hopes to favour European companies on one hand and prevent competition rules from contributing to the unravelling of Europe’s industrial fabric on the other.

For the French government, the other priority is to build a European defence industry based on local industry.

“As Commissioner for the Internal Market, she will lead our activities in the field of industrial policy and advance the digital single market,” said von der Leyen, who described Sylvie Goulard as a “passionate European”. 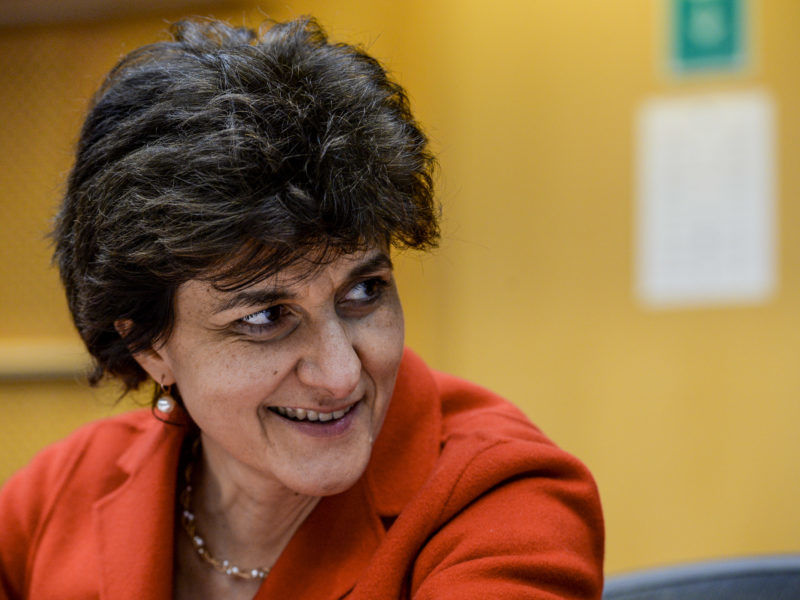 This is the second time that France has inherited this position.

In 2009, Michel Barnier obtained the internal market and financial services portfolio to the great displeasure of the British, who would have liked a less attentive profile than that of the French to preserve the free movement of goods and services and financial regulation. In particular, Barnier had fought hard against American and British lobbies with regards to payment services.

This time, the roles seem to be well divided between Danish Commissioner Margrethe Vestager, who retains the competition portfolio while being in charge of digital affairs, and Sylvie Goulard, who will have to try to preserve the European industry.

The two Commissioners will have to cooperate at all costs, and their membership of the same political group in the European Parliament should make things easier.

The new Commissioner’s mission statement is innovative in that it clearly sets out the need for European industrial policy. The statement proposes to strengthen Europe’s technological sovereignty but also to define a European approach to artificial intelligence and to focus on European cybersecurity.

When it comes to defence and security matters, Sylvie Goulard will also be in charge of the newly created DG Defence Industry and Space, which will deal among others with the EU’s military project and the to yet be created European Defence Fund.

The French candidate has an excellent pedigree on paper but risks being attacked by the European Parliament because of a suspected fictitious employment case of her former parliamentary assistant.

While von der Leyen was announcing the distribution of positions on Tuesday (10 September) morning, Sylvie Goulard was talking to the police services about this case, according to French weekly political and news magazine Le Point.

The former MEP reimbursed the supposedly fictitious salaries to the European Parliament this summer, but this does not prevent the criminal case from continuing.