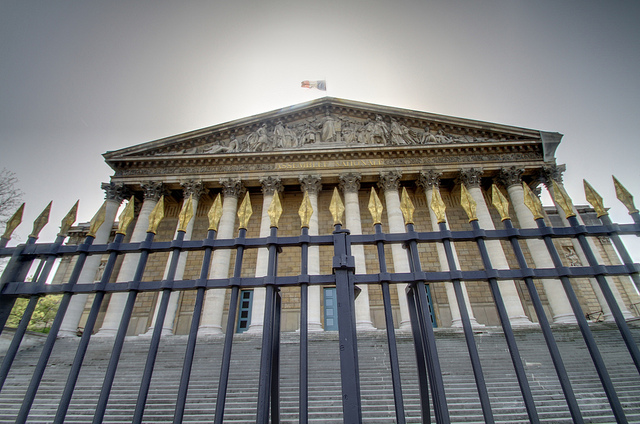 The CESE provides advisc to French legislative bodies, such as the National Assembly. [Chris Waits/Flickr]

The French Economic, Social and Environmental Council (CESE) has issued a call for greater fiscal and social harmonisation at the heart of the eurozone, and a more efficient social Europe. EURACTIV France reports.

During the presentation of the “Europe at a crossroads” proposal, the CESE called for greater solidarity within Europe at a time when the effects of the economic crisis can still be felt across the EU.

Passed by 152 of 178 votes, the proposal will be sent to the French President, the government, the National Assembly, the French Senate and the European Parliament.

The CESE is an advisory body and its reports are non-binding.

According to the CESE, it is crucial to give the European project more legitimacy. “The European Union is a balanced model that must be better protected to insure its longevity. We need a new European deal. We need a more offensive industrial and social policy at a European level,” declared Christophe Querez, spokesperson for the proposal.

The CESE advocates fiscal and social harmonisation at a European level in order to tackle “dumping”. The CESE emphasises that this has to be a priority for the EU.

“Certain countries openly exploit differences in taxation, wages and social protection. This leads to deep disparities at the heart of the EU,” states CESE’s proposal.

Similarly, tax rates differ significantly between member states. In 2012, the highest tax rates were recorded in Malta (35%), whereas France’s rate was 33% and Ireland’s 12.5%.

According to the CESE, a “fiscal and social snake” must be established. Inspired by the European currency snake, it would cap fiscal and social fluctuations at the heart of the EU. The snake would focus on the progressive harmonisation of tax rates, income tax and social security contributions.

“It would initially deal with a harmonisation of the basics,” said Christophe Querez.

The French consultative assembly defends a European minimum wage set at about 60% of the French average wage. Only 21 of the 28 EU member states have a legal minimum wage. According to the CESE, the seven other countries (Cyprus, Austria, Finland, Italy, Sweden and Germany, where a law is being currently passed) have minimum wages that are either non-centralised or negotiated between social actors.

“These differences are detrimental to fair competition rules and the development of appropriate jobs,” the proposal says.

“The enlargement policy has blurred the geographical limits of the EU. The time has come for politicians to accept responsibility and temporarily stop enlargement in order to ensure greater deepening of the European project,” the proposal stated.

This is the only way that certain member states will advance in social, economic and political integration.

The French Economic, Social and Environmental Council (CESE) is a consultative assembly whose role is to advise and propose new policies to French lawmaking bodies.

The CESE has five main missions. It advises the French government and parliament. It promotes dialogue between different socio-professionals. It contributes to the evaluation of economic, social and environment policies. It promotes a constructive dialogue between European and foreign counterparts. And it informs French citizens.