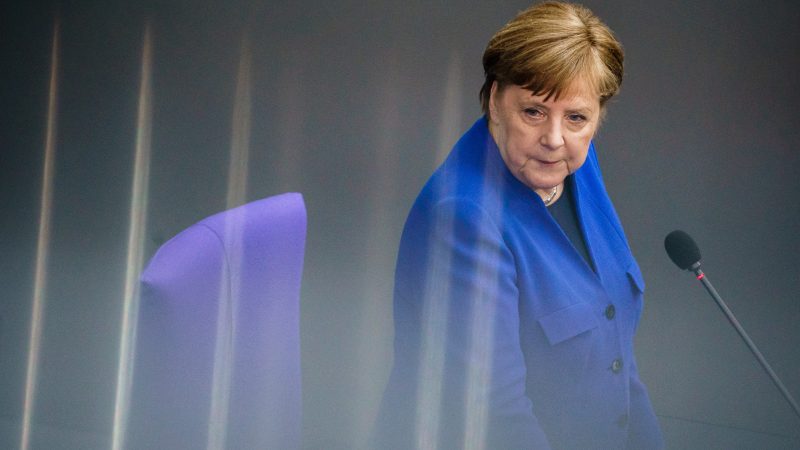 German Chancellor Angela Merkel looks on during a question and answer session of the German parliament 'Bundestag' in Berlin, Germany, 13 May 2020. [EPA-EFE/CLEMENS BILAN]

Chancellor Angela Merkel said Wednesday (13 May) that a bombshell ruling on the European Central Bank by Germany’s top court should “spur” efforts toward greater eurozone integration.

“The important thing now is to act responsibly and cleverly so the euro can and should and will continue to exist,” she told MPs when asked about the judgement last week questioning massive ECB bond purchases.

“It must indeed spur us on to do more in the area of economic policy to advance integration (of the eurozone).”

She said that €240 billion in credit lines approved last week to help European countries meet the crippling costs of fighting the coronavirus outbreak were just the first big step in such a drive.

Under the deal, every country in the 19-member single currency union can take advantage of low-interest loans of up to 2% of its economic output.

The agreement now has to be approved by some member states’ parliaments, including the Bundestag in Germany, Merkel noted.

“This is about European solidarity and the stronger Europe’s answer in this context is, the better the European Central Bank will be able to do its job,” Merkel said.

The German Chancellor said it was clear since the euro’s inception that greater political coordination among its participant countries was essential.

“We must not forget what (former European Commission president) Jacques Delors said before the euro was introduced: we need a political union – a monetary union alone won’t be enough,” Merkel said.

In its shock ruling last week, Germany’s Constitutional Court questioned the ECB’s bond-buying scheme, which has been credited with powering eurozone growth after the 2008-9 financial crisis.

The judges in Karlsruhe gave the ECB three months to justify the stimulus and show that the benefits of mass government debt purchases outweigh the side effects.

Otherwise, the judges said they will ban Germany’s powerful Bundesbank central bank from participating in the €2 trillion scheme.

The court also slammed the Luxembourg-based ECJ for rubber-stamping the asset purchases in an earlier ruling and said Germany was not bound by the ECJ decision.

The opinion was seen as laying down the gauntlet for eurozone leaders to do more for the health of their shared economy instead of leaving the central bank to do the job.

The decision drew a furious reaction from the EU, which insisted that European law trumps that of member states. 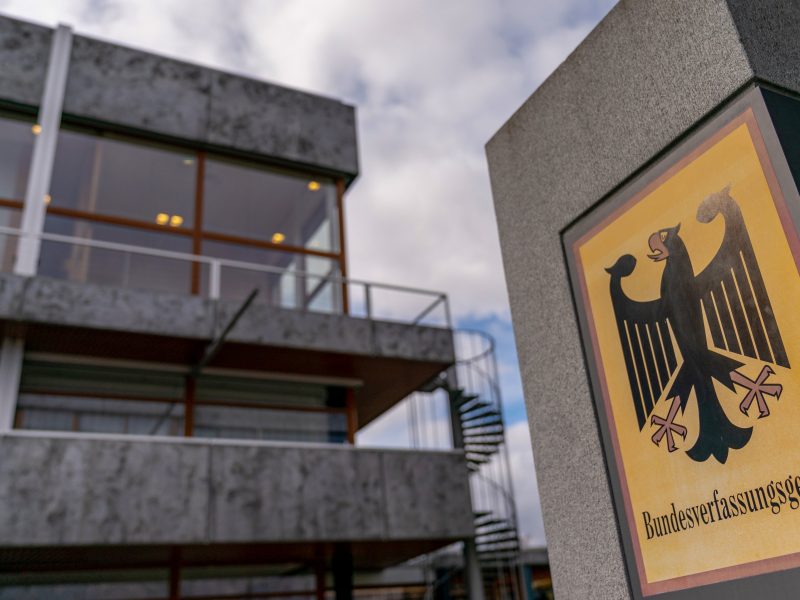 The European Commission could open a legal case against Germany over a ruling by the country’s constitutional court that the European Central Bank had overstepped its mandate with bond purchases, the EU executive arm said on Sunday (10 May).