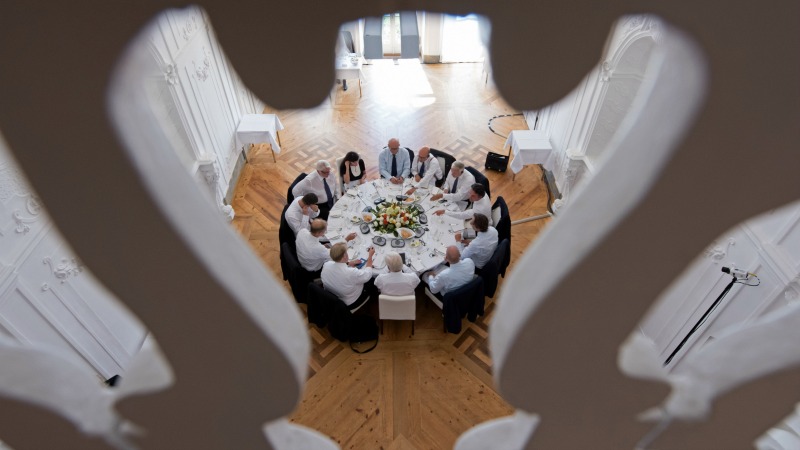 The German, French and Polish foreign ministers vowed Sunday (28 August) to increase ties between their countries when Britain leaves the EU to secure a safer and more effective union.

“Confronted by unparallelled challenges in Europe… (we must) intensify cooperation and create a new drive,” Frank-Walter Steinmeier, Jean-Marc Ayrault and Witold Waszczykowski said in a joint statement.

They were gathered in the eastern German town of Weimar to celebrate the 25th anniversary of the “Weimar Triangle” political forum.

They vowed to “reinforce the foundations of European integration… aspiring to a more flexible EU that reflects the different ambitions of member states regarding increased integration” once Britain had left the bloc.

The most widely accepted idea is for a two-speed Europe to emerge, with the 19 countries sharing the single currency at its core.

But talks between the 27 EU nations remaining in the bloc are likely to be challenging, as Berlin’s preferred vision of a centralised, federal Europe clashes with proposals for a confederation of nation states popular among leaders of eastern EU members.

EU leaders from 27 states will meet on September 16 in the Slovak capital of Bratislava for an informal summit that will go ahead without Britain.

The three foreign ministers gathered in Weimar also called for the bloc’s combined foreign and security policies to be strengthened with the creation of an annual European Security Council meeting of EU heads of government.

Eastern EU countries on Friday (26 August) pushed for the bloc to create a joint army as they met with Germany for talks on sketching Europe’s post-Brexit future. The talks, held in Warsaw, included the Prime Ministers of Hungary, Czech Republic, Poland and Slovakia.

The meeting between the German, Polish and French foreign minister’s came as German Chancellor Angela Merkel said Sunday that the refusal of some EU countries to accept Muslim refugees is “unacceptable”.

Migration policy will be one highly controversial issue for Europe post-Brexit, with eastern members refusing to take in refugees under an EU-wide quota system championed by Berlin.

“We know that there is no simple answer to these challenges, but we are determined to confront them together in a spirit of renewed mutual confidence,” said the ministers’ statement.

The Weimar Triangle, created in 1991, is a consultative body that promotes cooperation and common interests between the three EU states.

One response to “Germany, Poland and France revive ‘Weimar Triangle’ in wake of Brexit vote”