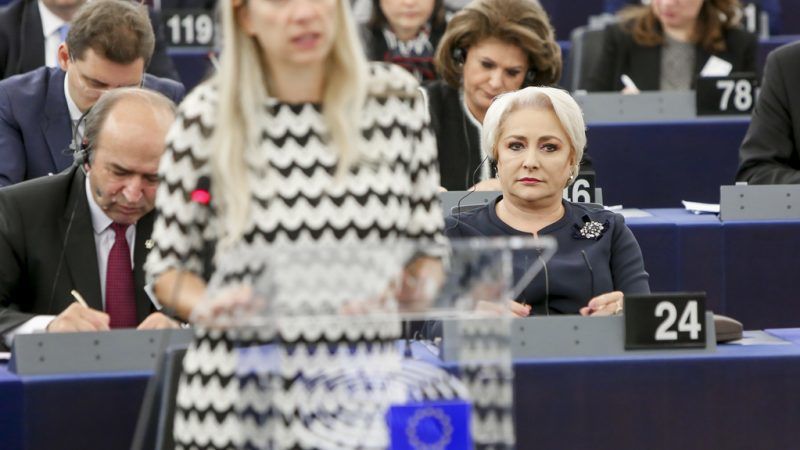 The European Commission and MEPs have upped the pressue on the Romanian government to explain controversial recent reforms of the Romanian judicial system, EURACTIV France reports.

During a debate in Strasbourg with Romanian Prime Minister Viorica Dăncilă on Wednesday (3 October), the European Commission requested specific answers on the reform of the penal code and the dismissal of judges, which have been initiated by the Romanian government, a coalition between socialists and liberals, in the past twelve months. The moves were widely seen as an attempt to weaken anti-corruption investigations.

Following Poland and Hungary, which are both subject to a European procedure querying the rule of law, Romania could become the third country to be threatened with Article 7, which can suspend a country’s voting rights in the European Council if it flouts the EU’s fundamental rights.

“The initiatives of the Romanian authorities to revise the penal code and modify the structure of the justice system have raised questions in Romania and elsewhere in Europe. The revision of the law may undermine the fight against corruption,” warned Frans Timmermans, Vice-President of the Commission.

Three laws setting out the rights of judges and the high judicial council were amended at the end of 2017, leaving the Ministry of Justice with the power to appoint and remove judges as it sees fit. Meanwhile, the anti-corruption prosecutor, whose work had been commended for many years, was dismissed in July.  On 10 August, major demonstrations descended into violence, which left 400 people in hospital. 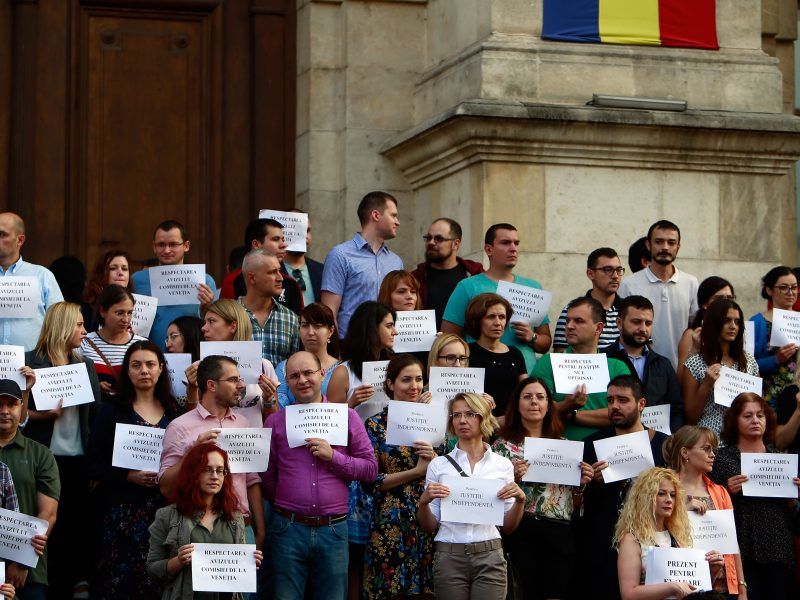 Hundreds of Romanian magistrates held a silent protest in support of an independent judiciary in capital Bucharest on Sunday (16 September) after a slew of legal changes by the ruling Social Democrats in one of the European Union’s most corrupt states.

“We have seen substantial progress [with respect to the fight against corruption] but things are now moving backwards,” Timmermans summarised.

The Vice-President, who is likely to run to lead the European socialist group at the European elections, did not mince his words,

Within the Socialist group, the Romanians are also isolated. The leader of the Romanian delegation refused to answer questions from Socialist MEPs at a party group meeting earlier this week, which also concerned the referendum on the reform of marriage to be held on 6 and 7 October, aimed at banning marriage between people of the same sex. “It’s contrary to the fundamental rights, full stop. The question of respecting values isn’t à la carte,” French socialist Sylvie Guillaume insisted. 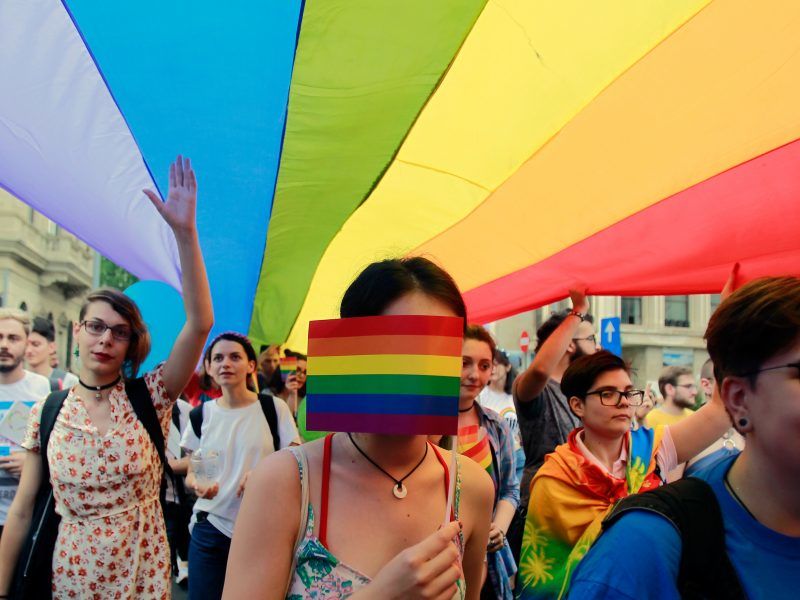 Romania’s constitutional court ruled Thursday (27 September) that gay couples should have the same family rights as heterosexuals, a judgment that runs counter to a referendum next month seeking to interdict gay marriage.

The Council of Europe’s Venice Commission has to submit a report on Romania in mid-October. At the same time, the European Parliament’s Civil Liberties committee is conducting an inquiry which could lead to a request for the opening of proceedings for failure to respect the state of law.

The Romanian prime minister and former MEP, Viorica Dăncilă, responded frostily to the accusations made against her government, questioning the relevance of the Venice Commission’s positions.

“I’ll start with a fundamental question: who are we trying to set up a functioning judicial system for? For the Venice commission or for Romania?” she asked. She then complained that the Council of Europe had not mentioned the secret protocol between the former anti-corruption prosecutor’s office and the intelligence services which supposedly bugged “millions of people” in Romania.

Dăncilă also questioned the integrity of Romanian judges. “Out of 3,000 judges, half have been prosecuted and have criminal records,” she said.

Following the example of Polish and Hungarian leaders, she accused the EU of criticising her country.

This remark particularly annoyed Timmermans, who replied that he was criticising her government and not Romanian society. He also raised the tone, warning that “if the Commission had to be brutal in its ongoing evaluation of the situation, it would be.”

The session was interspersed with aggressive injections, notably for the far right, which supported the Romanian government.

Several MEPs raised their voices during the debate, including the Spanish EPP MEP Esteban González Pons, who told the Romanian prime minister: “you have two options: to listen to the European Parliament, the people and the Romanian parliament, or to avoid any democratic scrutiny.” Dutch Liberal MEP Sophie Int’ Veld called for the Romanian political parties to question the source of funding for the referendum campaign, which is scheduled to take place on 6 and 7 October.