In July, a spat broke out between Hungary and Finland, which took over the EU’s rotating Council presidency from Romania and quickly became a new enemy for Budapest.

Hungarian Prime Minister Viktor Orbán and his spokesperson Zoltan Kovacs have launched a  series of verbal attacks against the Finnish presidency, which has prioritised the so-called article 7 process, under which Hungary could faces sanction of having its voting rights in EU institutions suspended for breaching EU standards on the rule of law.

In mid-July, the pro-government website ORIGO published a series of three articles about Finland: Media pluralism is at serious risk in Finland, Finland has no independent constitutional legal order, The principle of judicial independence is violated in Finland.

Each article compares Finland and Hungary and then tries to defend Hungary.

Kovacs then decided to take up the torch himself, publishing I bet you didn’t know this about Finland on the Prime Minister’s official website.

“According to the Finnish EU Minister, our concerns around Finnish rule of law are mere attempts to direct the attention away from us. But, in fact, our goal is simply to share some of these lesser-known facts that can help the independent spectator see the full picture,” writes Kovacs.

How did Finland react?

Ville Cantell, Director of the Unit for Communications on Europe and Neighbouring Areas at the Ministry for Foreign Affairs reacted by reminding Hungary that Finland ranks 2nd in the Reporters with Borders media Freedom Index, while Hungary is 87th.

“Cool head and steady hands. As Finland is looking to strengthen the respect Rule of Law and the adherence to common values in the EU during presidency, it is natural that there are attempts to discredit us,” Cantell wrote.

“This is not a process that was set in motion by Finland against Hungary, but rather an initiative of the European Parliament. The Parliament made a decision a year ago that obliged the Council to discuss Hungarian matters and hear Hungary out,” said Finland’s Minister of European Affairs Tytti Tuppurainen.

Those rankings you use for reference carry their own bias. There’s no reliable benchmark by which you can measure traditions, institutions and differences in the EU28. Our record stands up to the test. Stop being hypocritical. https://t.co/pNP1q30trO

Orbán has not let up on the anti-Finland rhetoric.

“The Commission, which has launched so many attacks on Hungary, has even now in recent days – as it is on its way out – launched another attack. It is taking several Hungarian laws to the European Court,” he said at the 30th Bálványos Summer Open University and Student Camp.

“Therefore, we need a nervous system, a strong nervous system, to enable us to show due respect, and answer questions politely – not with a smile or a laugh – when our Finnish friends ask us about and delve into the rule of law in Hungary.” 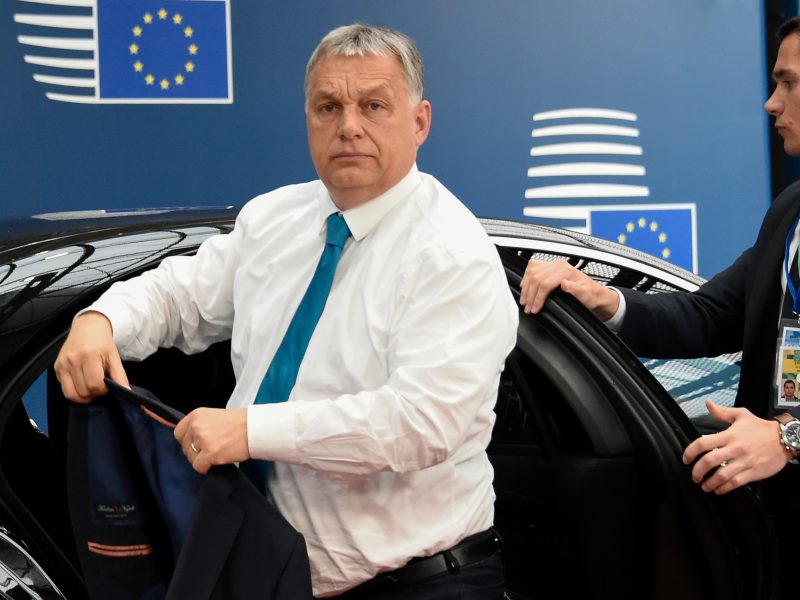 In an article in Helsingin Sanomat in early August, Petri Tuomi-Nikula, former Ambassador of Finland to Hungary, argued that Orbán’s nervous reaction showed that Finland was taking the correct approach.

“Hungary has the highest subsidies per citizen in the EU. Structural aid is an opportunity to sustain widespread, institutional corruption. It is one of the most corrupt countries in the Union. During the long reign of the Fidesz Party, Hungary has become a one man and one-party monarchy. Democracy as we understand it in Western countries is no longer in Hungary,” wrote Tuomi-Nikula.

Three days ago, Kovacs continued the article war with Let’s have a candid conversation about Finland.

“The former ambassador stresses the topic of corruption. He scolds Hungary but stays silent about questionable transactions in his own country. Did you know that Russian oligarchs are buying up whole islands in the Finnish archipelago’s most strategic locations? And that NATO has even issued warnings about typical Russian infiltration techniques? They don’t seem to care,” Kovacs argues.

It is hard to see how the article war can escalate, but neither government shows any readiness to stay silent for long.