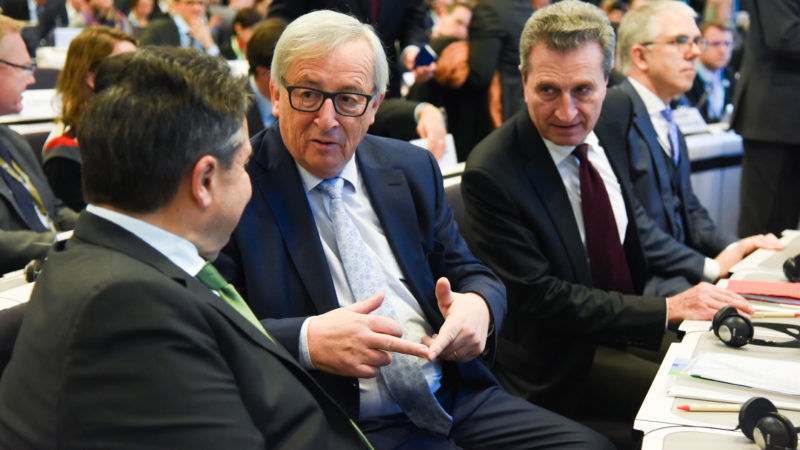 Setting aside past criticism aimed at the EU institutions and common policies, especially migration, the two countries invited the European Commission to make a draft proposal for the next MFF that is “more courageous” than the previous one (2014-2020), approved in the aftermath of the crisis.

At a high-level conference hosted by the Commission, János Lazar, minister of the Hungarian prime minister’s oﬃce said that Budapest is “willing to increase” its contribution to the EU budget.

“We would like to be net contributors,” he repeated.

“We support the Commission’s intention to propose a MFF higher than 1% (of the EU’s GDP),” added Polish Secretary of State for European Affairs Konrad Szymanski.

He added that it would be “the right answer” in light of the financial hole that the UK will leave in the bloc’s coffers after its departure and the new goals Europe will face, including migration.

But both countries also fired warning shots against those in favour of reducing expenditure in cohesion policy, one of the largest envelopes with €350 billion, a third of the MFF.

Szymanski described plans to make cuts there as being “too simple”, recalling that cohesion policy “has a bright future” given that it is open to reforms, and has proven its added value.

“We don’t want to be passive or defensive” during the negotiations, Szymanski said as he promised to discuss “openly”, adding “we need a fact-based discussion”.

The College of Commissioners will have its first discussion on this topic this Wednesday (10 January). A draft MFF proposal will be unveiled in May.

The Commission expects the member states and European Parliament to reach an agreement by Spring next year, before the next European elections.

The negotiations will become one of the major political battles over the next 18 months. Potential cuts to cohesion and the common agricultural policy (CAP), France’s sacred cow, and a significant increase in the overall amount to deal with new priorities and cover the Brexit shortfall will complicate further the talks.

Speaking at the same conference, Commission President Jean-Claude Juncker foresaw an ambitious proposal for the next long-term budget.

More than a coffee

Juncker expressed his opposition to “drastic” cuts to cohesion or the CAP as he called for more money to finance “the Europe we want”.

Insisting that the existing EU budget represents the purchase of one coffee per day per European citizen, he said that “Europe is more than one cup of coffee a day”.

But his budget Commissioner, Günther Oettinger, was more cautious as he knows well the resistance of transferring more money from net contributors to Brussels and net beneficiaries.

“We need a slightly bigger EU budget,” the German Commissioner told the audience.

But while his fellow comrades in the CDU may protest against more funds in particular to finance new common instruments, the Social Democrats (SPD) want the EU executive to make an “ambitious” proposal in May.

The CDU/CSU and the SPD are holding exploratory talks this week to see whether there is sufficient common ground to repeat a new grand coalition. 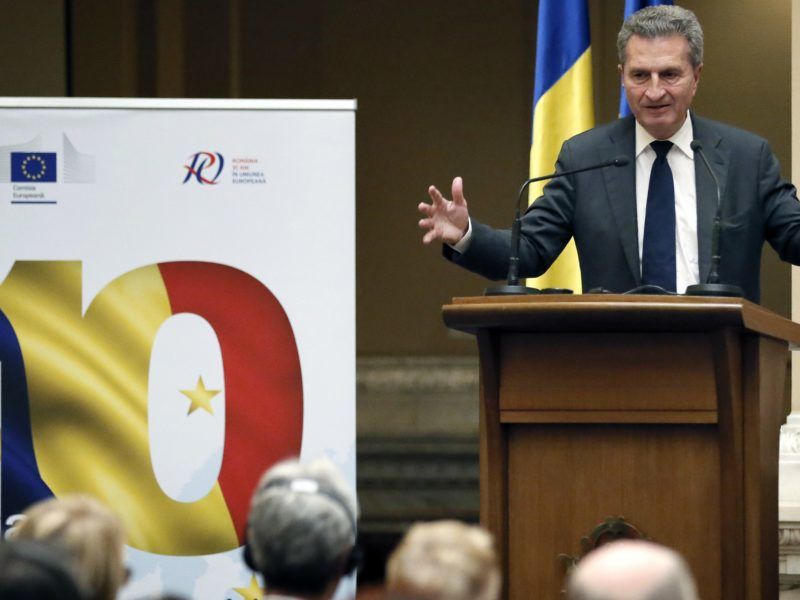 “We are net winners, not net payers,” German Vice-Chancellor and Foreign Affairs Minister Sigmar Gabriel, one of the SPD’s key players, told the audience.

He pointed out that his country has been “the biggest beneficiary of EU integration”, economically, financially and “certainly politically”. Adding that “we need to deploy the correct narrative” in the upcoming months to make the case for Europe.

Against this backdrop, he suggested that spending more to finance the “right things”, including bolstering the economic and monetary union or support for Africa, should be considered.

Although he could not confirm the German position in the looming negotiations, he vowed that “Europe will be at the centre of the coalition agreement”, despite “it has not always been the case”.

Most of the speakers agreed to define first the priorities for the next MFF, before setting the best funding to achieve the goals.

“It is a very encouraging debate,” summarised former Commissioner Mario Monti, who also chaired the high-level group on the future of the EU budget. “Maybe I am too optimistic, but I think you will notice that there is a more common language than one, or five or ten years ago.”

Despite all the participants praising the EU budget’s added value, some voices were against increasing the budget.

Austria’s new minister for EU affairs, Gernot Blümel, said that a ‘smaller but more efficient Europe’, one of the scenarios outlined by Juncker in his white paper for the future of the EU, represents “a good guideline of how we want to see future developments in Europe”.

As a result, he argued for a smaller MFF, not as an “excuse” to pay less, but as a result of the smaller Europe after the Brexit.