Budapest, along with Warsaw, is locked in battle with Brussels over democratic standards and a refusal to accept refugees, and opposes any attempt to impose conditions on the billions in funds it gets from the bloc. 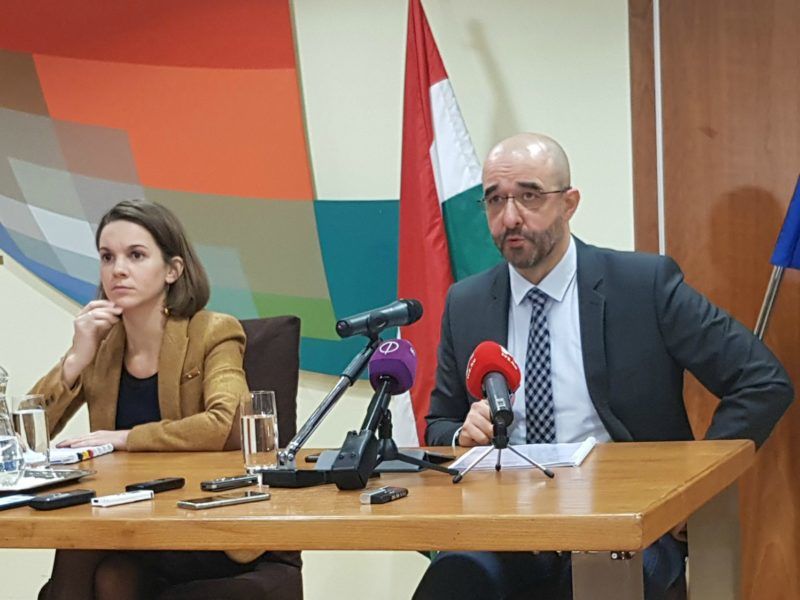 “Hungary does not consent to any proposal which creates the potential for blackmail,” Hungarian Foreign Minister Péter Szijjártó told reporters in Budapest.

Using “subjective” criteria for the disbursement of EU funding payouts goes against the bloc’s existing treaties said Szijjártó, who called the plan “fiction for the moment”.

“The rights and obligations of all member states are (already) clearly set out in regulations and treaties that are already in force,” he said.

The one-trillion-euro-plus ($1.2 trillion) budget covering 2021 to 2027 was unveiled Wednesday by the European Commission after months of difficult consultations with the 27 countries that will remain in the EU after Britain leaves.

So-called cohesion funds that are used for development in poorer European countries represent 35% of the EU’s budget.

Most of that money currently goes to eastern former Soviet bloc countries which are still catching up economically to longer term members of the EU.

Wednesday’s proposal is seen as a way to rein in EU members like Hungary, which Brussels has repeatedly criticised over democratic issues, and Poland which faces unprecedented sanctions over its judicial reforms.

The mechanism would allow the EU to “suspend, reduce or restrict access” to EU funding if “rule of law deficiencies” were found.

“Only an independent judiciary that upholds the rule of law and legal certainty in all member states can ultimately guarantee that money from the EU budget is sufficiently protected,” the commission said.

Bulgaria, the country holding the rotating EU presidency, has reacted negatively to the proposal, pointing out that it may be contrary to EU treaties.

Portraying EU funding as “some kind of goodwill” or as financial aid was wrong, according to Szijjártó.

“The funding is due to Central Europe as it opened its markets to western firms who made huge profits,” said the Hungarian.

“This is not a one-way street, everyone has to carry out their obligations,” he added, and said “serious debates” over the budget loom in coming months.

Viktor Orbán, who was reelected for a third consecutive term as premier last month in a landslide win, said Thursday that Hungary is “prepared to negotiate” over the Brussels proposal.