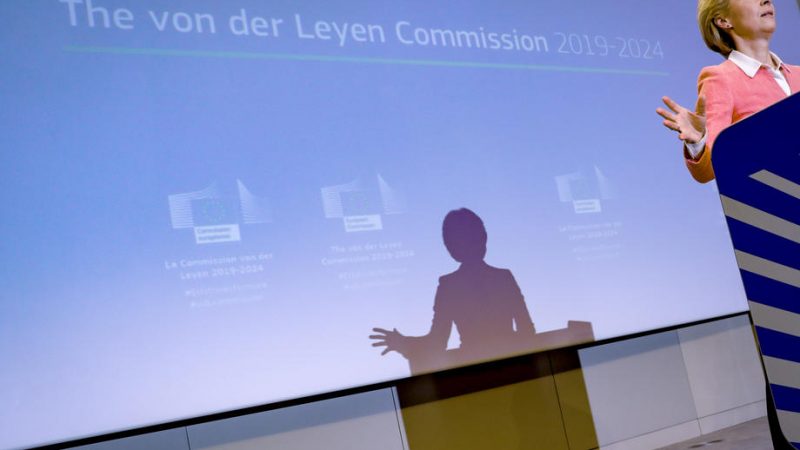 Ursula von der Leyen will present her proposed European Commission to the European Parliament later on Wednesday (27 November), hoping to finally put a difficult transition behind her.

The incoming president had hoped to take office a month ago but was thwarted by wrangling over the membership of her executive team.

The former German defence minister faces a daunting brief when her mandate starts on 1 December, with the EU at loggerheads with Washington over trade, climate and Iran, while it grapples with a sluggish economy and frets about Russia.

The 61-year-old, a veteran from Chancellor Angela Merkel’s centre-right CDU party, also has to contend with growing divisions between her old boss and French President Emmanuel Macron as the EU’s vaunted “Franco-German motor” misfires.

But first, she must convince MEPs in Strasbourg to give their backing to a team drawn from each of 27 member states – all of them bar Britain, which plans to leave the bloc. 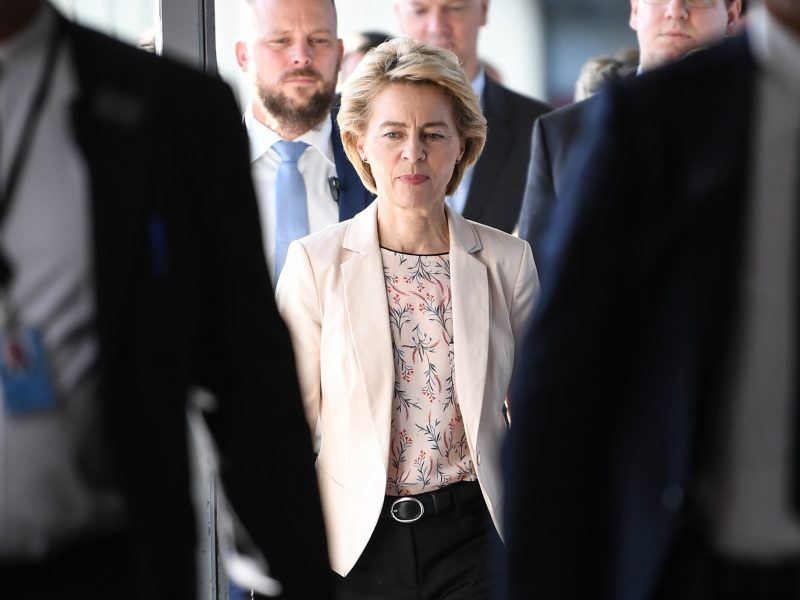 EU member states gave its blessing on Monday (25 November) to the new European Commission to start functioning without the UK representative, despite the legal challenges the new executive could face for being unlawfully forged.

Her own appointment to succeed Jean-Claude Juncker as head of the Commission was approved in July with only nine votes more than she needed, a narrow margin in EU politics.

Three of her initial nominees to the Commission were rejected during the parliamentary confirmation process – an unprecedented snub – weakening her authority from the outset.

Nevertheless, EU diplomats and parliamentary leaders are cautiously optimistic she will clear Wednesday’s hurdle, a public vote of MEPs at 12:30pm.

“We will be united in our support for the Commission,” vowed Manfred Weber, head of the Parliament’s centre-right EPP bloc and himself a disappointed former presidential hopeful.

Weber was one of a small group of so-called “Spitzenkandidats” or lead candidates representing party blocs that MEPs had hoped would provide the eventual commission leader.

But EU member state leaders, spearheaded by Macron, overturned this experiment in parliamentary democracy, and imposed an outside choice.

The vote to confirm von der Leyen was conducted by secret ballot, allowing many MEPs to vote against her in protest at the EU leaders’ political tactics.

But Wednesday’s roll-call to approve the Commission as a whole will be conducted openly, helping the main centre-right, social democratic and liberal factions to whip support.

The leader of the Socialists and Democrats group, Iratxe Garcia Perez, noted that pressure from the left had forced von der Leyen to commit to a broad-based political platform.

UPDATE: After Ireland’s Phil Hogan tendered his resignation, the government must now propose a new …

The Commission has members from across the political spectrum, and von der Leyen altered plans to name one portfolio “Protecting our European Way of Life” – a title seen by many as too close to the rhetoric of the far-right.

Twelve out of 27 of the members will be women, not quite the parity that was promised but the highest number ever in the European Commission.

“We’ll have the most progressive Commission of recent times, the most equal and its political priorities will include those our group finds essential,” Garcia Perez said.

There will nevertheless be opposition. The Parliament’s eurosceptic, far-left and right-wing populist parties will vote against, and the Greens have said they will abstain.

And there is one more potential cloud hanging over the investiture: the absence of a British Commissioner.

Prime Minister Boris Johnson is determined to pull Britain out of the EU on 31 January, after Brexit was repeatedly delayed amid wrangling in Westminster over the divorce terms.

But in the meantime he has refused to fill Britain’s seat on the Commission, citing advice from officials that he cannot make such an appointment during an election campaign.

Some Brussels lawyers are concerned that EU directives may be subject to legal challenge if the Commission is not properly constituted with a full 28-member complement.

But von der Leyen’s team hope that their threat to launch a legal challenge to London’s decision will prove they made a good faith attempt to follow the treaty.