“We have a programme, a team. If they call us, we’ll start work tomorrow morning,” Salvini told reporters.

But Luigi Di Maio, leader of the anti-establishment 5-Star Movement, declared his party “the winners”, after obtaining alone nearly 33% of the vote, but M5S would also need to form alliances in parliament to gain a majority.

Meanwhile Matteo Renzi, who announced his resignation as Democratic Party (PD) leader on Monday after his centre-left coalition in the election slumped to third place on 23%, ruled out the prospect of a deal with either the 5-Star Movement or the right-wing alliance. 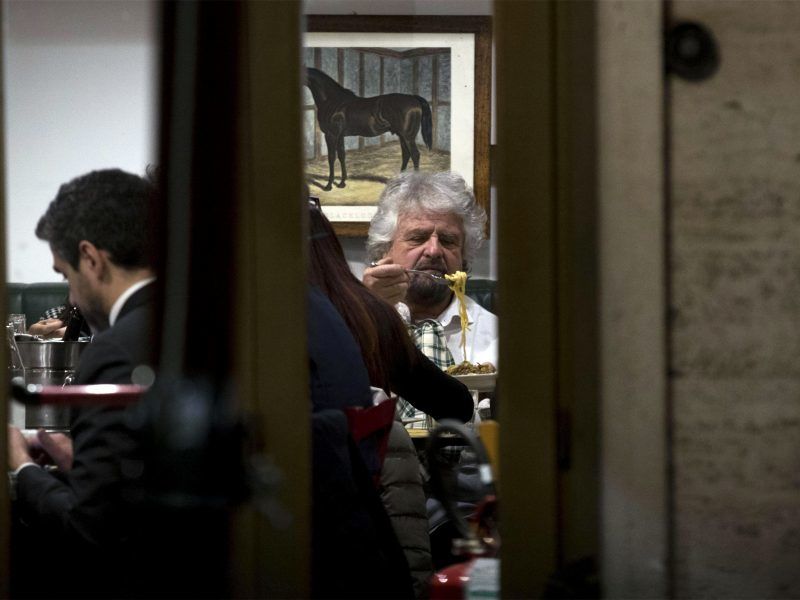 In a Facebook post on Tuesday Renzi said he would not work with those who “have insulted us for years and who represent the opposite of our values”.

“They’ve said that we’re corrupt, mafiosi and that we have blood on our hands due to immigration. I don’t believe that they’ve suddenly changed their minds,” wrote the former prime minister.

“If anyone wants to support the right-wing or the 5-Star Movement they should say so. I personally think it would be a glaring and tragic mistake,” he added.

However, other leading voices in his party disagree and he now faces pressure to bring forward his resignation.

In an interview with Il Fatto Quotidiano daily, Michele Emiliano, governor of the Puglia region and a leading PD member, berated Renzi for not stepping down immediately and “impeding the party from supporting the M5S”.

Italy’s vote has drawn comparisons with the Brexit referendum in Britain and the election of US President Donald Trump because of the anti-immigration and anti-establishment rhetoric, raising concern in European capitals about instability.

On Tuesday Salvini said that the right “was the number one coalition and the hope for Italians” and he was open to negotiate with anyone who “shares our programme”.

At the same time, he ruled out any “old-style political or cross-party agreement” and refused any alliance with the M5S.

Berlusconi, who is currently banned from public office, later said he was “happy” for Salvini and for his party, during a video message.

The 81-year-old claimed that, despite not faring as well as the League in the election, his Forza party had played a “determining” role in the far-right’s strong showing at the polls.

“I thank all the voters who confirmed by their vote their confidence in Forza Italia,” he said. “Together we have contributed decisively to the victory”.

However, for some political observers, it appears the Democratic Party could end up the kingmaker.

“The key question for the coming days is what the PD will do,” said Giovanni Orsina, political science professor at Rome’s Luiss University.

“Neither the right-wing alliance nor M5S are able to form a government alone. The question is therefore what the third bloc will do.”

Despite the setback for the centre-left, the high-profile, unaffiliated industry minister Carlo Calenda announced yesterday he was joining the PD. He is expected to quickly carve out an influential position in the party.

‘Nothing will be as before’

M5S leader Di Maio, who later on Tuesday is due to visit his hometown of Pomigliano d’Arco, an industrial base near Naples, will now face a difficult balancing act.

Any perception of cosy deals with other parties following the election risks alienating his core support from Italians angered by traditional politics.

A deal with the Five Star Movement could also divide the PD, where many are smarting from the M5S’s victories in traditional leftist heartlands.

Commentators said any compromise would be far from easy and would take time, at least until newly-elected lawmakers meet for the first time on 23 March.

“The world of Italian politics as we have known it for the last 25 years is over,” wrote Corriere della Sera’s editor Luciano Fontana.

“Nothing will be as before. The players, and the political landscape of the country have changed.”