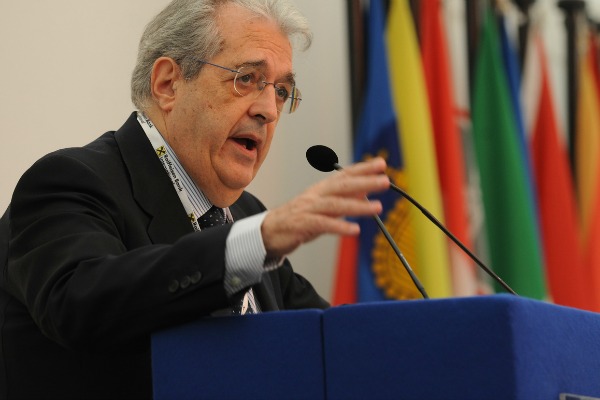 "In a global economy, the protection of stability, the need… to fight recession at a region level, to fight unemployment, particularly among the young people…. needs to have a more efficient and more integrated approach," Saccomanni said in a speech in London on Monday.

"The only way to this is a very simple way: through majority voting. At present, most decisions in Europe are taken by unanimity, that means every country has veto power and that I think is not very conducive to efficiency".

Saccomanni added he sees a need for euro zone-wide sovereign bond issuances in the future as part of the currency bloc's integration process.

"I see the need sometime if this union has to evolve into a political union if not for the past at least for the future there will be a joint responsibility for the issuance of debt and the management of debt," he said.

Deeper integration among eurozone countries has been on the agenda ever since the sovereign debt crisis erupted in 2010.

At their December 2012 meeting, EU leaders agreed on a "specific and time-bound roadmap" for deepening the eurozone's economic and monetary integration.

Their discussions were based on a report by Herman Van Rompuy, European Council President, which included proposals to introduce a specific budget for the euro zone, in addition to the EU budget.

EU Commission President José Manuel Barroso put forward his own blueprint the week before,  saying a more federal Europe is the only way to address the root causes of the sovereign debt crisis.

>> Read: Barroso lays out 'ambitious vision' for the eurozone