In the draft strategy for 2019-2024, meant to guide the work of the EU institutions, national leaders prioritise migration policy over other areas, while strengthening the economy, fighting climate change and taking Europe global also feature.

In the top-billed area of “Protecting citizens and freedoms”, the agenda insists that effective border controls are “an absolute prerequisite” for maintaining rule and order, and adds that other EU policies rely on it.

“First and foremost we must ensure the integrity of our physical space. We need to know and be the ones to decide who sets foot on EU territory,” it reads.

The draft plan explains that the bloc will maintain and expand its links with the countries immigrants come from and travel through, which would include Libya and Turkey.

Leaders also insist that they are “determined to find a way through on internal migration and asylum policy”.

A reform of the migration-focused Dublin Regulation is currently languishing in the Council and late last year, the current European Commission all but gave up on finalising its proposed update before the end of its mandate in October.

Migration policy’s top status in the strategy is unsurprising given the rhetoric deployed by some EU leaders, but it arguably does not accurately reflect voter priorities.

An in-depth YouGov survey ahead of the European elections on 23-26 May found that six countries are more concerned with emigration and brain-drain than by new arrivals.

Although the study confirmed that immigration is a worry for nearly a third of those surveyed, other factors like corruption, climate change and unemployment rank as high, if not higher, with many voters.

The strategic agenda is set to be tweaked further during Council meetings on 11, 13 and 17 June, ahead of a full leaders summit on 20 and 21 June.

As things stand, climate change and green policies are only billed third in the draft plan, after migration and “Developing our economic base”. That is despite climate action featuring heavily in national elections this year in the likes of Denmark, Finland and Spain.

The agenda acknowledges that policies must match commitments made under the Paris Agreement and that Europe’s economy should cut its emissions enough to achieve ‘climate neutrality’.

But the strategy stops short of putting a date on when the EU should be collectively absorbing more emissions than it is creating, which continues to be a stumbling block in talks between member states.

Climate neutrality by 2050 has the backing of the Commission, the European Parliament and roughly 12 countries but scepticism still prevents the striking of an agreement.

One EU official told EURACTIV that the absence of a date or even vague wording in the draft agenda “could be cause for concern”.

Environmental activists Greenpeace EU warned in a statement that “this list of contradictory proposals suggests leaders will prioritise economic growth in much the same way as before, driving social inequalities and fuelling the climate and ecological crisis even further”.

The group also pointed out that the agenda barely mentions agriculture or transport, despite both sectors contributing roughly half of total emissions. Instead, the draft lists the circular economy, renewable energy and reducing dependence on third parties.

Paris Agreement signatories have to inform the UN by 2020 how they intend to stick to the landmark climate deal long-term. Some climate experts wanted the EU to have its strategy ready by a UN summit in September but that now increasingly looks impossible. 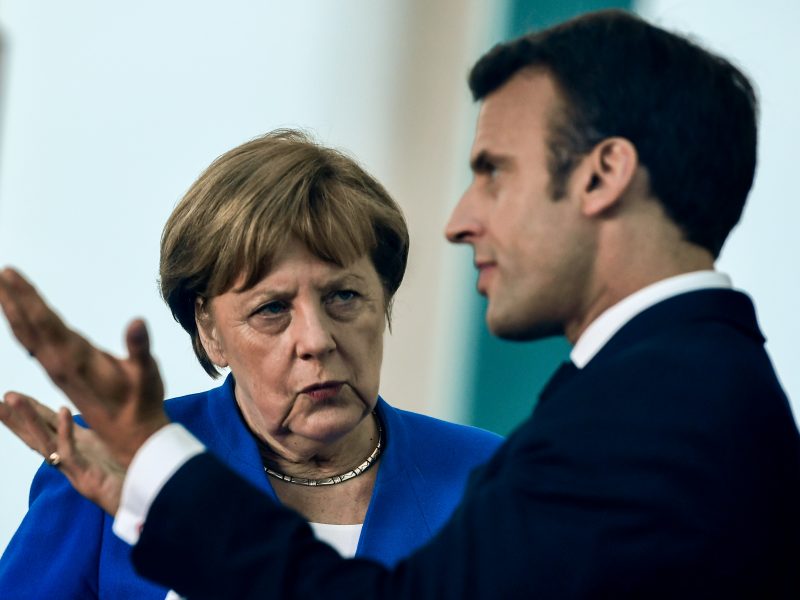 In the wake of the Commission’s call to open membership talks with Albania and North Macedonia, the draft insists EU policies must be “coupled with a readiness to keep the door open for those willing and able to join the family”.

Leaders could give the green light to accession negotiations at the June summit although the likes of France and the Netherlands remain opposed, while 13 Central and Eastern European countries are working on a pro-enlargement joint statement.

The agenda also says the EU “will take the necessary steps to ensure proper functioning of Schengen”, the visa-free internal travel zone. The Netherlands recently confirmed it is opposed to Bulgaria and Romania joining any time soon.

The next Commission is expected to propose far less legislation than Jean-Claude Juncker’s executive, particularly in areas like energy and transport, so its mandate is predicted to focus on monitoring what has already been brokered.

In a clear nod to Dutch Prime Minister Mark Rutte, the document says the EU institutions will ensure “rigorous implementation and enforcement of policies […] and rules” in line with the “spirit and the letter of the Treaties”.

Rutte had previously indicated that he is less interested in who leads the Commission and more in what the Commission will do over the next five years, particularly when it comes to making sure rules are followed.

A Dutch official told EURACTIV in May that “we need to reconstruct the Commission into something that not only builds new rules but makes sure implementation happens”, adding “at the moment, we’re not sure everything we agree on is implemented by everyone”.