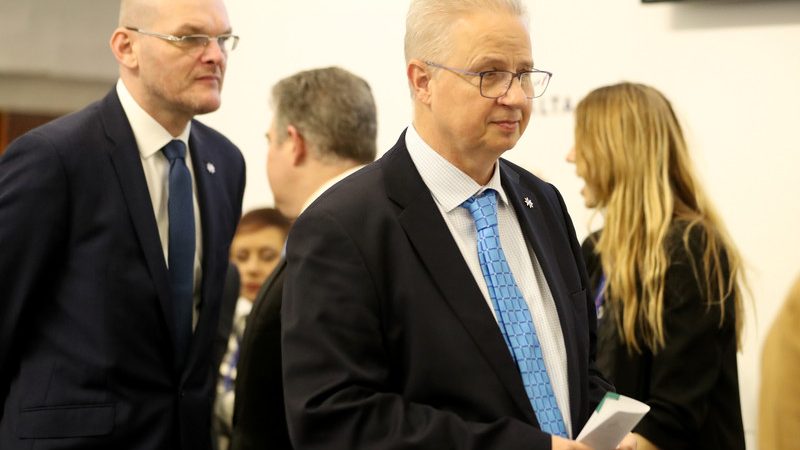 Former Hungary Minister of Justice Laszlo Trocsanyi before the Informal Meeting of Justice and Home Affairs Ministers at the Grandmaster's Palace in Valletta, Malta. [Domenic Alquina/EPA]

The European Parliament will not be hearing Commissioner-designates for Hungary, László Trócsányi, and Romania, Rovana Plumb, after the Legal Affairs committee concluded on Monday (30 September) they are not fit for the job due to a conflict of interest.

After a second assessment on Monday, MEPs confirmed that Trócsányi and Plumb were unable to exercise their functions, “on the grounds of conflicts of interest”, following the examination of their declarations.

According to vice-chair and Green MEP Sergey Lagodinsky, the letters issued by the committee on Monday specifically state that the conflict can only be solved by putting forward new names.

“Our fight for transparency and the rule of law has paid off,”  Lagodinsky said.

The assessment of the Legal Affairs committee has raised criticisms both in the European Parliament and from the Commissioner-designates themselves.

GUE/NGL co-president Manon Aubry complained about a “lack of transparency”, saying the whole process was “politicised.”

While Aubry welcomed the rejection of the Commissioner-designates, she said being “forced to vote again” was “undemocratic” and “scandalous.”

On the other side of the debate, László Trócsányi, the Commissioner-designate for Hungary, described the Committee’s decision as a “blatant injustice” saying the process was a “clear and deliberate violation of the rules of law and procedure.”

Trócsányi, who has threatened to challenge the decision before the courts, is a former minister of Justice under Viktor Orban’s government, which came under scrutiny precisely because of accusations that it breached the rule of law.

Decision likely to cause delays

The governments of Hungary and Romania are now expected to come up with alternative candidates to replace both Plumb and Trócsányi in the next few days.

Leaders of political groups in the European Parliament were expected to make a final recommendation on the candidates by 17 October, after the conclusion of the hearings, which is scheduled to close on Tuesday next week (8 October).

The Parliament may hold additional hearings between 14 and 15 October if necessary. But should Commission President Ursula von der Leyen decide to reshuffle portfolios among candidates, this could impact the whole process.

MEPs are expected to vote on the entire von der Leyen Commission by 23 October, in time for the new EU executive to take office on 1 November.