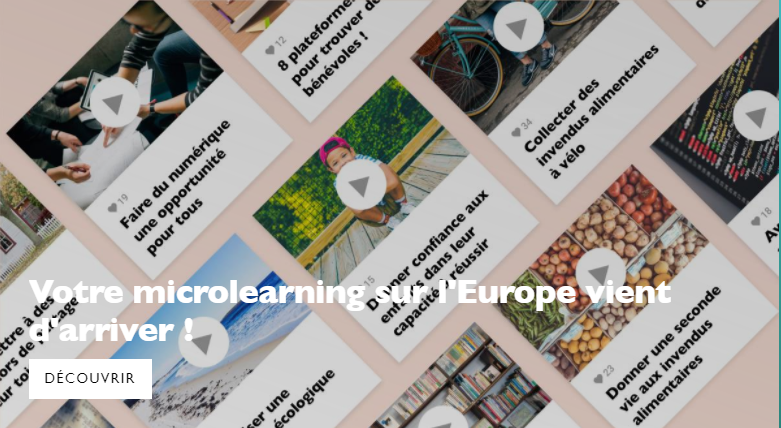 Emmanuel Macron’s party has launched an online training programme to present its version of the EU’s history, objectives and operations to French citizens before the 2019 European elections. And to defend the president’s ideas.  EURACTIV France reports.

Who are Altiero Spinelli, Jean Monnet and Jacques Delors? What are the ECSC, the Maastricht Treaty and the Schengen Area? How does the eurozone and the French-German alliance work?

The party of President Emmanuel Macron, La  République En Marche (LREM), has decided to launch an online training programme open to all on Europe.

This mini-book, in 4 chapters, offers to Internet users an overview of European issues, from the creation of the EU right up to today.

“This educational and fun course is composed of a hundred notions, organised in 16 lessons of less than eight minutes each, free and open to all,” sums up the party in a statement.

At the end of each lesson, a quiz assesses the knowledge gained.

“This microlearning course entitled ‘Why Europe’ introduces the European Union in all its facets to better understand the issues and European news, as well as the latest proposals of the President of the Republic to advance the European project,” continues the press release.

An ode to Macron

Designed by Jérôme Vignon, a former collaborator of Jacques Delors, LREM’s training gives a prime place to the proposals of the French president.

Tributes to Emmanuel Macron’s proposals are supported throughout the different chapters. For example, the big railway project to shorten the journey between Lyon and Turin is presented as one of the European success stories.

“Thanks to this strategy we can go from Marseille to Barcelona in 4h30, from Paris to Amsterdam in 3h00 and soon, from Lyon to Turin in less than 2h00!” emphasises the programme.

However, this vast infrastructure project between France and Italy is not immune to criticism, both because of its exorbitant cost and its doubtful strategic and environmental benefits.

The speech the French president gave in September 2017 on reforming Europe appears several times in the chapters, where it is presented as a central event in European politics today.

“The election of Emmanuel Macron, the bearer of a proposal for the future of the EU, has been widely received, beyond the borders of France, as the hope of a new balance and a European renaissance.”

In the thematic sections, Emmanuel Macron’s proposals on European defence and the fight against social dumping are widely promoted.

While partisan, the interactive tool proposed by LREM does have the advantage of covering most  European issues, the functioning of the European institutions, the successive waves of enlargement, the important dates and sometimes even some “lighter” problems, such as the role of coffee on the European continent.

This overview makes it possible for any neophyte to understand the role of a MEP ahead of the 2019 elections.

Some sensitive issues are, however, treated quickly, such as the refugee crisis, while others, such as the Greek crisis, are completely ignored.