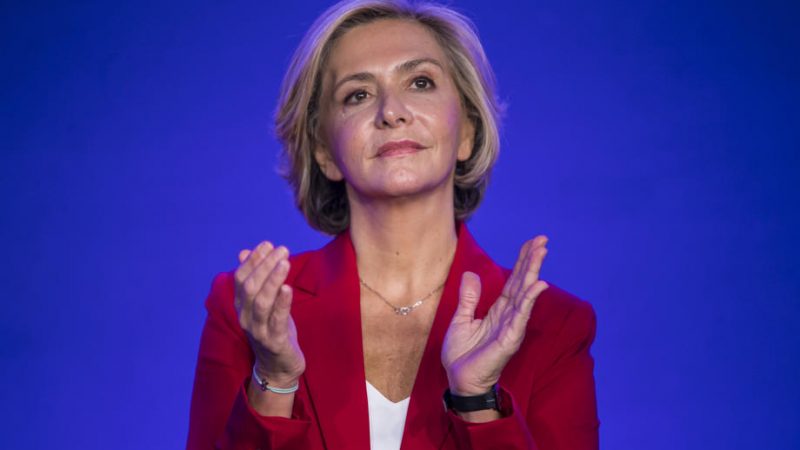 The right-wing party firmly backed Pécresse since she was nominated on 4 December. The vaccine pass debacle, however, appears to have set a rift within the party and possibly compromised the candidate's race to the Élysée [CHRISTOPHE PETIT TESSON/EPA-EFE]

The conservative candidate who has emerged as Emmanuel Macron’s most serious challenger for next year’s presidential election kicked off her campaign on Saturday (11 December) by announcing she would resist German calls for a federal European superstate.

Valerie Pécresse, who has described herself as “1/3 Thatcher, 2/3 Merkel”, was the surprise winner of the leadership contest of the conservative Les Républicains party last weekend, and has since got a big bounce in opinion polls. 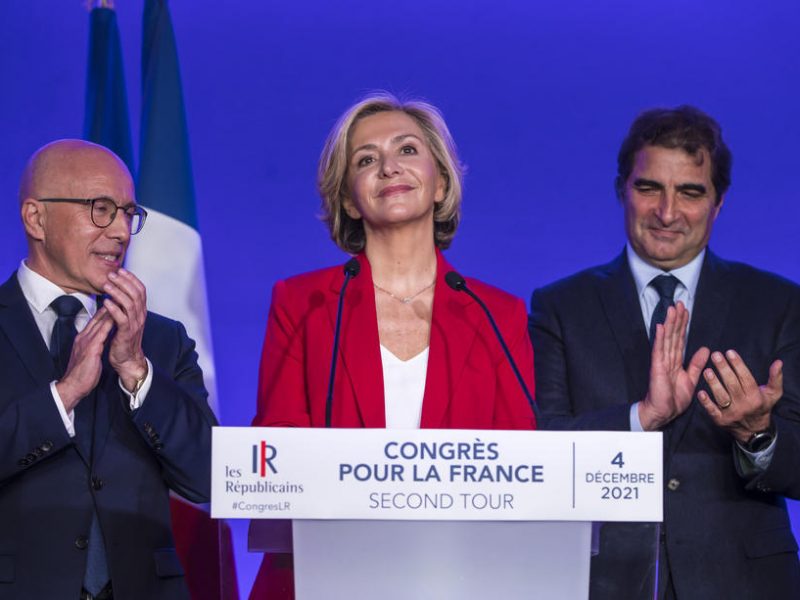 Valérie Pécresse, who won against Éric Ciotti with 61% of the vote, promised to, “restore French pride and protect …

In her first campaign rally as the candidate of a party that traces its roots to Charles de Gaulle, Pécresse said she wanted the EU to preserve the independence of nation states and not become a federal superstate, like the United States.

Historically, French conservatives have been in favour of European integration in the economic field, such as creating the euro or the single market, but have resisted attempts to shift decision-making to the EU level on sensitive sovereign issues such as foreign policy and defence.

“I hear some of our German partners suggest that the European Union should evolve into a federal state,” she said. “Politely, but firmly, I will say “no”,” she added.

The agreement forming Germany’s new governing coalition under Chancellor Olaf Scholz says the EU should aim to move toward a “federal European state” after a constitutional convention within the EU.

Pécresse also said she did not want France to be what she called a vassal of the United States, did not want to see another country exit the EU as Britain did and would work with Scholz despite his left-wing majority.

“I would work with him because Germany is a key ally. But for me, friendship doesn’t come without frankness,” she said.

At the rally in central Paris, Michel Barnier, the EU’s former Brexit negotiator who lost his bid to be the party leader, said he agreed with Pécresse on Europe.

“We never were federalists, we’re in favour of a community of nations. Nations need to be respected in Europe. We need nations to fight nationalism,” Barnier told Reuters.

Pécresse, who heads the greater Paris region and was a minister in Nicolas Sarkozy’s last conservative government, was cheered by a poll this week that showed she would beat Macron by a 52-48 margin if she reached the presidential run-off in April.

The poll was the first to project Macron losing the 24 April second round since Pécresse won the centre-right ticket on Saturday. She is vying with far-right contenders Marine Le Pen and Eric Zemmour for a place in the second round, however. Macron has yet to officially declare his candidacy.