What will become of the EPP's Spitzenkandidat who lost his bid to fellow German Ursula von der Leyen? EPA-EFE/PATRICK SEEGER

Manfred Weber, the former German Spitzenkandidat for the European People’s Party (EPP), has been on the defensive ever since his bid for the EU Commission presidency failed after the European elections in May. EURACTIV’s partner Der Tagesspiegel reports.

At this year’s EPP Congress in Zagreb on 20-21 November, conservative MEPs will not elect Weber to replace EPP President Joseph Daul but will opt for European Council President Donald Tusk.

Ever since Weber’s attempt to land the Commission’s top job fell through, the Bavarian has appeared at a loss in the EU’s political landscape.

There are voices in the EPP who do not want Tusk’s election to be seen as a defeat for Weber. But ultimately, the party leadership position is traditionally given to politicians at the end of their careers, such as Tusk, who already served as Poland’s prime minister from 2007 to 2014.

It should also be noted that with Ursula von der Leyen at the helm of the Commission and Weber in charge of the parliamentary group, two Germans would already be represented. Having a German as the head of the party would probably be too much for many.

But the question, therefore, arises: What will become of Manfred Weber?

After French President Emmanuel Macron thwarted his bid to become EU Commission president, the Bavarian could have become a German Commissioner with an attractive portfolio.

But he did not want to be a Commissioner, he wanted to become president of the European Parliament for a full term. That would have been a great concession, as the mandate is usually shared between two.

He probably hoped to gain recognition and increase his chances in the future by being president for an entire term, like Martin Schulz of the Social Democratic Party (SPD) from 2012 to 2017.

But even the five-year term of office was not granted to him.

Instead, Weber is faction leader once again, just as he was before his Spitzenkandidat bid, and he is eager to replace David Sassoli as president of Parliament halfway through the parliamentary term. But it has already been said in the European Parliament that his election would not be a sure-fire success these days.

Many MEPs of his own parliamentary group are disappointed because they had campaigned for Weber and his candidacy had failed so miserably. 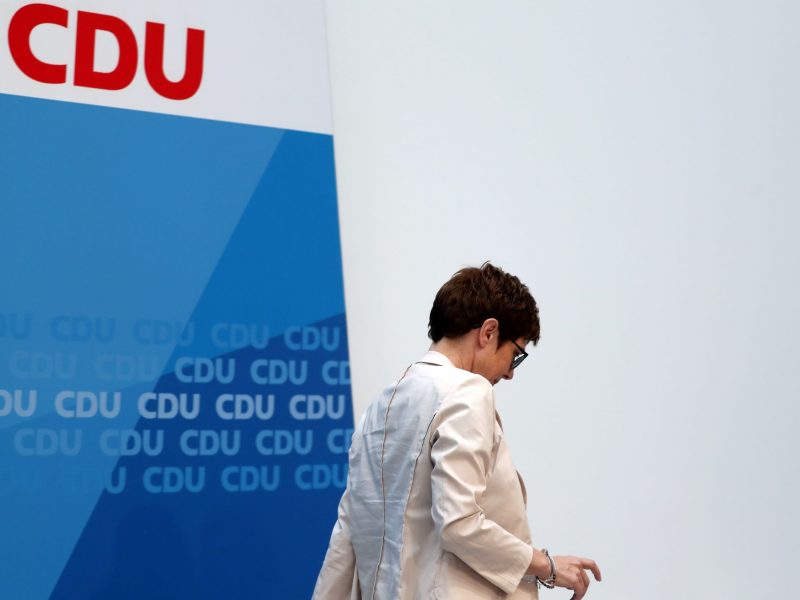 Weber also made some promises he could not keep. For example, he had promised Spanish MEP Esteban Pons that he could succeed him.

He has, however, earned some respect for the way he dealt with his defeat. Immediately after Ursula von der Leyen’s appointment, he had expressed his loyalty to her in the parliamentary group. “This is where my candidacy began, and this is where it ends,” he said.

And among the EPP, half of whom are new MEPs, Weber still ranks as number one.

It is unlikely, however, that he will seek the top EU post once again. “Should he then be accused by Macron of still not being able to speak French?” an EPP MEP wondered.

Another option is that Weber could also be planning to make the switch to state or federal politics back in Germany.