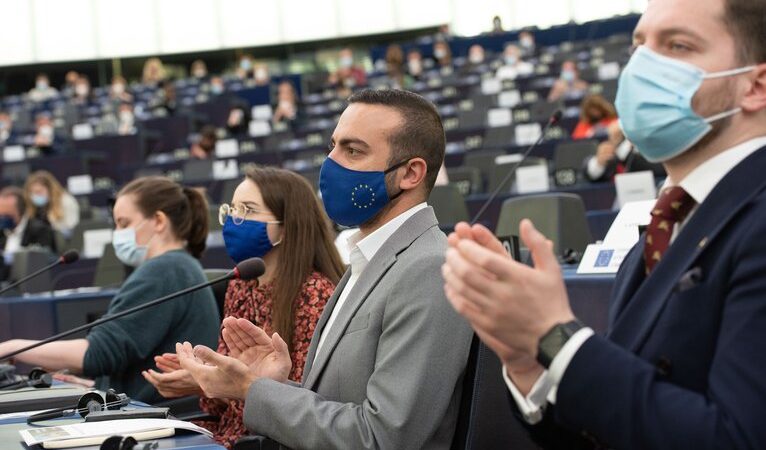 As a result of the resolution, the Parliament "is asking the Committee on Constitutional Affairs to prepare proposals to reform the EU Treaties, which would happen through a Convention in line with Article 48 of the Treaty on European Union." [European Parliament/Genevieve ENGEL]

The resolution relates to the follow up of finalised proposals made by citizens as a part of the EU’s first deliberative democracy experiment, acknowledging the need for a more transparent, democratic and accountable EU.

As a result of the resolution, the Parliament “is asking the Committee on Constitutional Affairs to prepare proposals to reform the EU Treaties, which would happen through a Convention in line with Article 48 of the Treaty on European Union.”

This would see the EU shift towards a “sustainable, inclusive and resilient growth model, with special attention paid to SMEs,”  as well as “climate change, protecting biodiversity and promoting sustainability globally,” MEPs said.

In addition, they highlighted that “deeper political integration and genuine democracy can be achieved through a right of legislative initiative for Parliament and by ending unanimity in Council.”

A conference for change

At the end of April, the CoFoE conference’s plenary, composed of 363 EU and national politicians and 108 citizens, reached an agreement on a draft proposal containing 49 recommendations.

They include contributions from European citizens’ panels, which approved 178 proposals between December and February, input from national panels and events, ideas from the European youth event, and 43,734 contributions on 16,274 ideas gathered from the multilingual platform.

From the 178 proposals, they have been whittled down to 49 that the EU will follow up.

During a debate on the conference on Tuesday, one day before the vote, MEPs said that citizens’ expectations and priorities had been heard “loud and clear”, and the outcome needed to be respected.

They felt that citizens should be more involved and have more robust democratic representation at the EU level. They pointed in particular to areas such as health, energy, migration, combating inequalities, and defence, areas that were important to citizens according to proposals.

But since the beginning of the conference, stakeholders have expressed concerns over MEPs not attending plenary, a lack of high-level engagement, and fears that lawmakers would simply ignore proposals that didn’t fit their agenda.

In a letter seen by EURACTIV at the beginning of April, citizens complained about the lack of participation by many politicians at meetings in Strasbourg.

Tuomas Suihkonen, a representative from one of the European citizens’ panels dedicated to migration and EU foreign policy, told EURACTIV that he was disappointed that “we did not see many politicians there, or they were leaving after their own speeches. With just a few representatives of both EU and national institutions in the room, I doubt we can make a decent conversation”.

Participants were also concerned that a lack of widespread media coverage would mean less pressure on lawmakers to implement proposals. 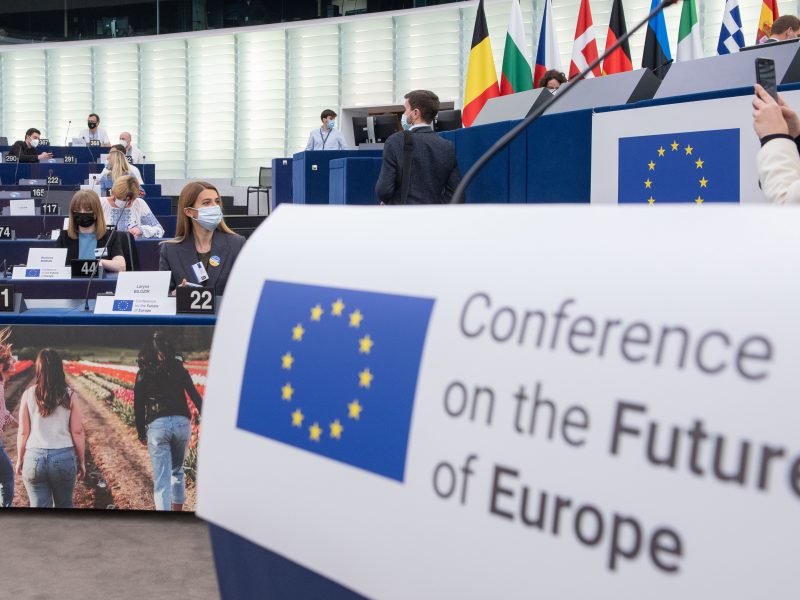 During the process, it soon became apparent that treaty changes would be necessary if some proposals were to be implemented. Based on the 178 proposals filed at the Citizen Panel stage, between 10% and 50% could require changes to EU treaties, experts warned.

This prospect is something the Commission has been hesitant to commit to, potentially spelling trouble for the implementation stage.

Vice-President Dubravka Šuica, among the co-chairs of the conference’s executive board, told EURACTIV that while a treaty change is an option, it is the last resort.

In addition, Zuzana Stuchlíková, a Czech analyst from the EUROPEUM Institute for European Policy said EU treaties will likely not be up for change due to the Ukraine war and unstable geopolitical situation.

“It will be crucial which recommendations will make it into the final conclusions of the conference and which demands will be put on the table of European politicians,” Stuchlíková explained to EURACTIV.cz, noting that Czechia, due to take over the rotating Council presidency in July, does not favour treaty change.

After citizens approved the draft proposal at the end of April, the MEP wrote on Twitter, “ [the CoFoE] approves radical overhaul of the EU: end of unanimity, abolishment of veto’s, launch of Joint Armed Forces of the Union, transnational lists and many other reforms…”, underlying all proposals which could need a deep change of EU institutions thought treaty reforms.

Therefore, the passing of Wednesday’s Parliamentary resolution will likely provide some comfort to participants.

But these are not the only issues the conference has faced.

While MEPs stressed the importance of the involvement of citizens in democratic processes at the EU level, others criticised the CoFoE, describing it as “flawed”, whose “proposals do not reflect public opinion”.

This sentiment was echoed by MEP Jacek Saryusz-Wolski, a part of the European Conservatives and Reformist group, who said in an op-ed for EURACTIV that “despite the high hopes, CoFoE proved to be an EU’s Potemkin village that serves the interests of the centralised federalist project and epitomises the EU’s flaws and malpractices”. 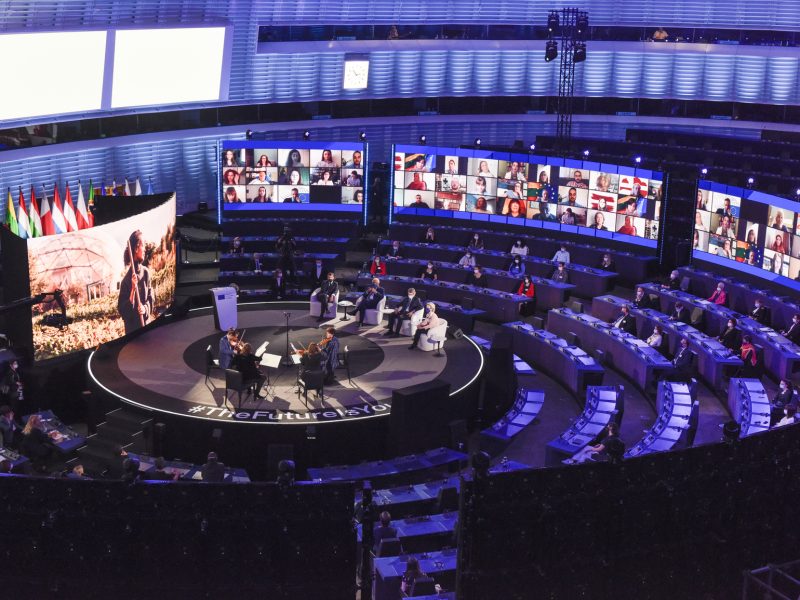 Hijacked Europe: downward spiral or return to the roots

The Conference on the Future of Europe (CoFoE) has done little to bring the EU closer to its citizens and is solely concerned with increasing the EU’s competences, writes Janusz Saryusz-Wolski.

With the backing of Parliament, the conference’s final ceremony will take place in Strasbourg at the European Parliament on 9 May.

The conference’s executive board will present a report based on citizens’ draft proposals to presidents of EU institutions, after which the follow-up process will start.

Institutions will assess all citizens’ proposals through the EU ordinary legislative process, and some will require a unanimity vote in the Council.