Bavaria’s Christian Social Union (CSU), anxious about losing votes to a new right-wing party in an October regional election, wants a ban on admitting migrants into Germany who have already registered in another EU country. Merkel opposes such a ban.

US President Donald Trump, defending his own tough anti-immigrant polices, waded into Germany’s debate on Monday with a series of tweets criticising Merkel’s open-border policy as a “big mistake” that had fuelled crime in Europe.

We don’t want what is happening with immigration in Europe to happen with us!

The CSU leadership agreed at a meeting in Munich to delay introducing their entry ban until after a 28-29 June EU summit, allowing Merkel time to seek an EU-wide solution. 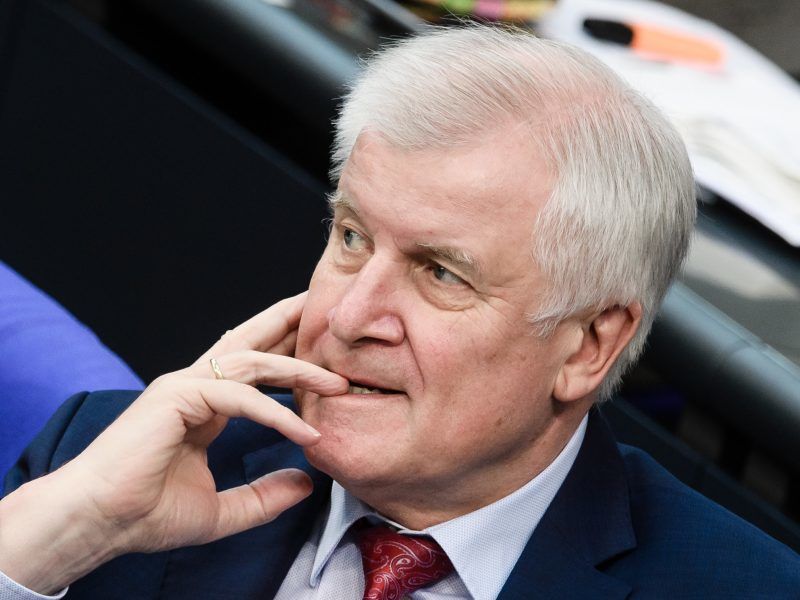 Merkel opposes any unilateral move by Interior Minister Horst Seehofer, who is also CSU chairman, which would reverse her 2015 open-door policy on migrants and undermine her authority. Monday’s compromise means he can introduce immediate expulsion for one subset of migrants.

“We wish the chancellor much luck,” Seehofer told a news conference in Munich, announcing that he would nonetheless issue orders for people who have already been expelled to be turned back at the borders.

“This is not about winning time or anything like that but rather that in July, if there is no result at European level, we must implement this – that is a question for the functioning of our constitutional state,” he added.

The CSU hopes its tough line will help it see off a challenge from the anti-immigration Alternative for Germany (AfD) party in wealthy Bavaria’s October election.

“The people of Germany are turning against their leadership as migration is rocking the already tenuous Berlin coalition,” he wrote. “Crime in Germany is way up. Big mistake made all over Europe in allowing millions of people in who have so strongly and violently changed their culture!”

The people of Germany are turning against their leadership as migration is rocking the already tenuous Berlin coalition. Crime in Germany is way up. Big mistake made all over Europe in allowing millions of people in who have so strongly and violently changed their culture!

Overall, crime in Germany is at record lows, though recent immigrants have contributed to increases in certain categories of crime. Polls show Merkel and her coalition enjoy broad support among voters.

Merkel, the EU’s longest-serving leader, welcomed Monday’s compromise in a dispute that has threatened to unravel her new coalition, and said her Christian Democrat (CDU) party would decide how to proceed after the two-week deadline elapsed.

“The CDU and the CSU have the common goal of better organising and steering immigration into our country and significantly reducing the number of people entering this country,” she said.

“A situation like 2015 cannot and will not be repeated.”

But she reiterated her opposition to Germany unilaterally closing its borders as this would pass the migrant burden on to neighbouring countries, “unleashing undesired domino effects”.

A split with the CSU, their ally of seven decades, would deprive the CDU of the governing majority it commands in the Bundestag lower house in coalition with the Social Democrats (SPD). It would also gravely weaken the CSU, whose dominance of Bavarian politics relies on its influence in Berlin.

Perhaps reflecting that nervousness, Seehofer later added: “Nobody wants the end of the coalition, a collapse of the alliance or the fall of the government.”

Merkel would still have options if the CSU quit the coalition: Greens leader Annalena Baerbock refused on Monday to rule out replacing the CSU in Merkel’s coalition. “If we’re in a talks situation in a few weeks, we’ll talk,” she said.

Merkel later on Monday met Italian Prime Minister Giuseppe Conte for talks in Berlin and said Berlin wanted to support Rome in its efforts to reduce the number of migrants arriving on its shores, possibly handling asylum requests for the European Union in non-European countries including Libya.

Matteo Salvini, interior minister in Conte’s anti-establishment government that took office this month in Rome, has adopted a policy of blocking foreign humanitarian boats from Italian ports, which has triggered heated exchanges with France and the Netherlands.

Conte called on the EU to change its position on migration and adapt current EU asylum guidelines in favour of “a new approach that is more harmonious, so that whoever sets foot in Italy, sets foot in Europe”. 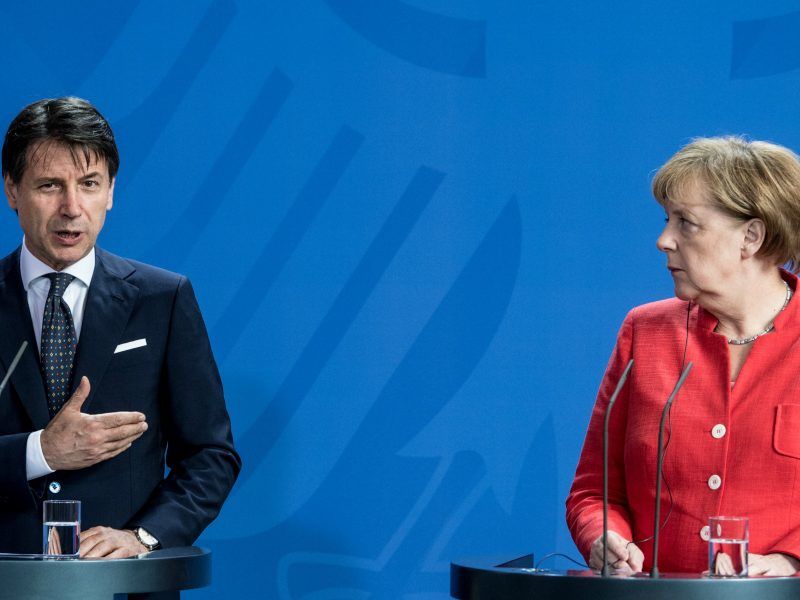 The European Commission has voiced confidence that EU leaders could agree at a summit next week on handling migrants and refugees, but some diplomats were much less optimistic.